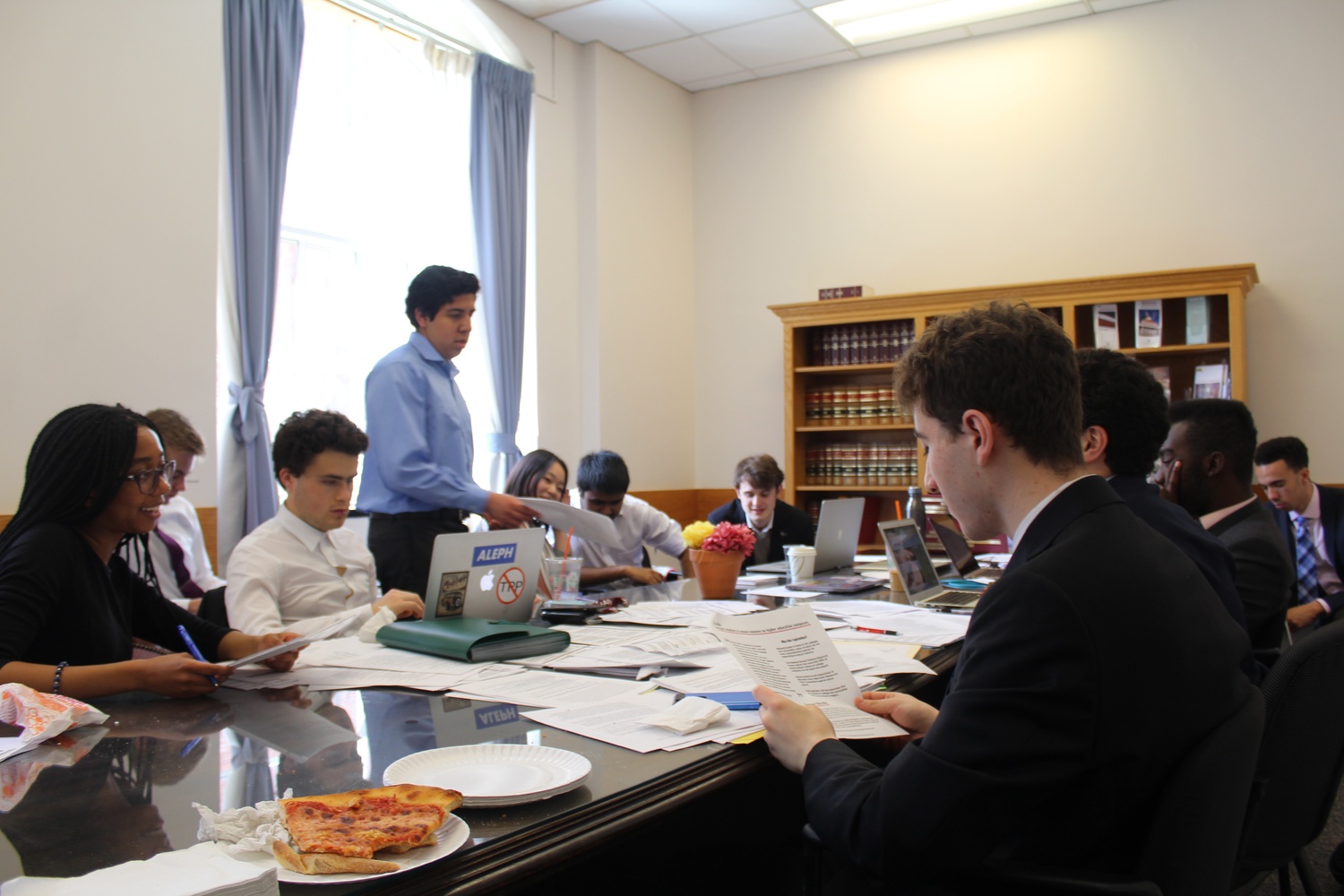 Around 30 undergraduates met with state legislators at the Massachusetts State House Thursday to advocate for five bills as part of the Harvard College Democrats’ semesterly Lobby Day.

The volunteers attended 25 meetings throughout the day to lobby for a variety of bills that would implement a carbon tax, expand resources for sexual assault survivors at higher education institutions, prevent firearm access for dangerous or suicidal individuals, and inform ex-offenders of their right to vote in municipal elections.

“It’s a process that occurs over the whole semester,” Isabel A. Giovannetti ’21, communications director for the College Democrats, said.

Giovannetti said that, at the beginning of the semester, members of the College Democrats’ Policy and Publicity Committee voted on which bills to support. Over the course of the following weeks, participating students researched policies and developed fact sheets, bill summaries, and other materials to inform meetings with legislators on Lobby Day.

“We weren’t sure where they were at,” Zhang said. But after some follow-up, he said, the College Democrats decided to push for the bills on ex-offender voting rights and firearm restrictions once again.

Giovannetti said that, because “the goal is to be as effective as possible,” the College Democrats would not “drop a bill” they had pushed for in the past if they saw an opportunity to further its progress.

T’ajmal K. A. K. Hogue ’21 said she thought the legislators she met with were “very receptive.”

Giovannetti said that, in her experience, many of the legislators that students meet with do not necessarily disagree with undergraduates’ stances on the issues.

“It’s just a matter of showing them that these topics, and these bills, are priorities for us,” she said. “There are so many things on their plates. We want to shine a light on these specific bills.”

Reed T. Shafer-Ray ’18, the former College Democrats’ legislative director, said Lobby Day was born out of a desire to make the policy arm of the group more “action-based” rather than just “fantasizing about the policies that we would want to make.”

“It’s amazing how the seed grew—it’s my sixth Lobby Day,” Shafer-Ray said. “I’m really confident and optimistic that it will just get bigger and bigger.”

Since Lobby Day’s inception, Shafer-Ray said, the College Democrats have expanded and built coalitions with other student groups. Additionally, the group continues to lend support to other advocacy efforts throughout the year.