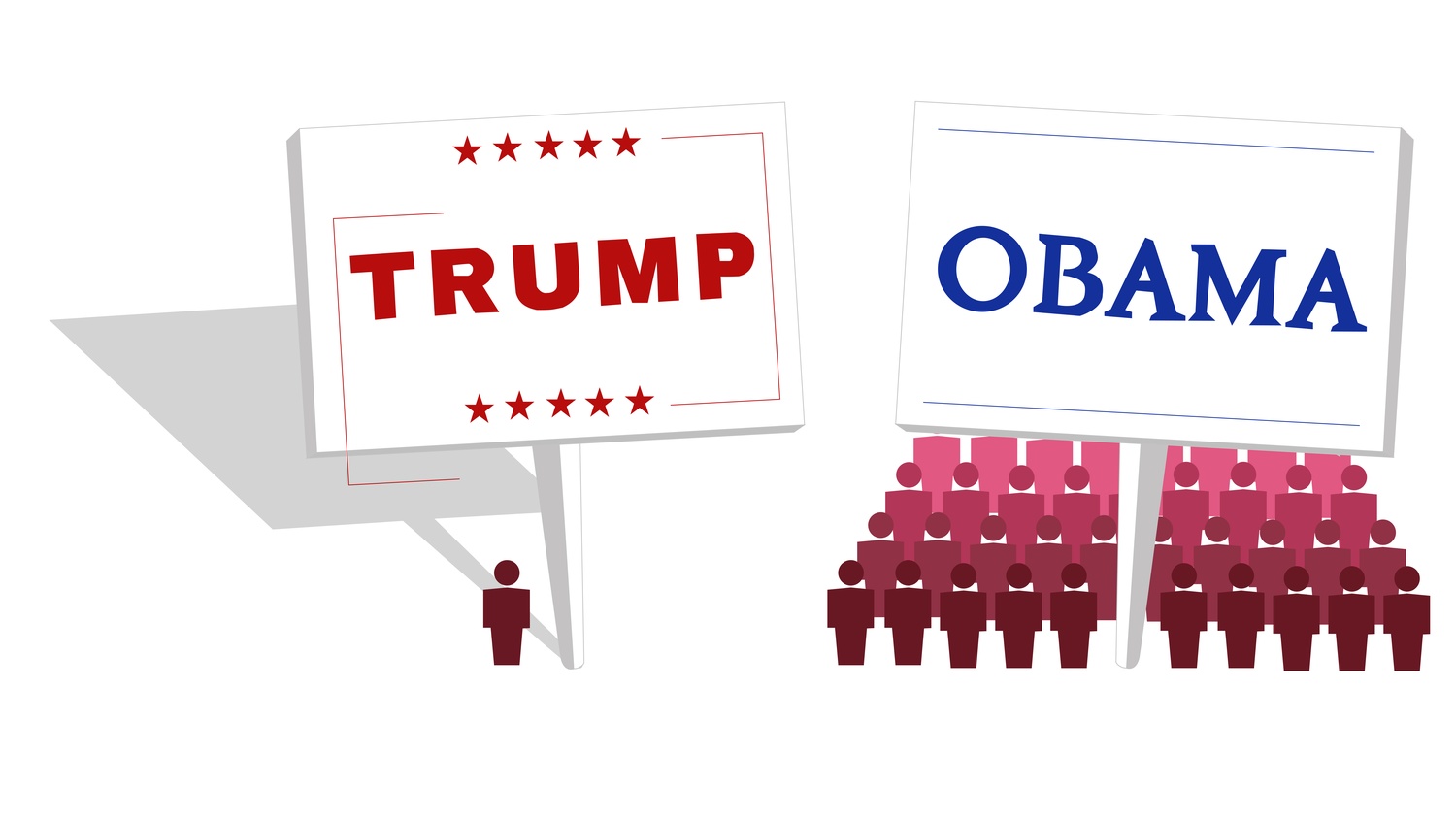 When Harvard Law School Constitutional Law Professor Laurence H. Tribe ’62 learned that Barack Obama—one of his “best students”—had been elected president of the United States, he reached out immediately to the President-elect to discuss how he might be of service.

“The decision that we made together, with [former U.S. Attorney General] Eric Holder, was that I would leave Harvard for a little while and start up a new office in the Department of Justice on an understudied and underfunded but really pervasive problem—access to justice,” Tribe said.

Tribe left Harvard in 2009 and spent close to a year getting the office off the ground. In 2010, he was officially appointed by Obama and Holder to serve as the first senior counselor of the Office for Access to Justice. Though the office was defunded eight years later by U.S. Attorney General Jeff Sessions this February, Tribe said he “learned a good deal” from the experience.

“I felt that I was making contributions,” he said. “I chose a topic that I knew a bit about but wanted to learn more about and that would feed back into my teaching and my writing.”

Tribe was not alone in his decision to head to Washington. Several members of the Faculty of Arts and Sciences, as well as professors from the Law School and the Kennedy School, also left Harvard to take on administrative positions following Obama’s election.

In stark contrast, very few Harvard faculty have joined the administration of President Donald Trump. Now, more than two years into Trump’s presidency, Carlos E. Diaz Rosillo, a former senior lecturer in the Government Department and Dunster House resident dean, remains the only faculty member to hold a high-ranking position in the administration.

Diaz Rosillo currently serves as Director of Policy and Interagency Coordination in the Office of the Senior Advisor to the President for Policy. He could not be reached for comment.

Several Harvard faculty members reasoned that ideological differences with Trump’s stances on a number of contentious issues may have disincentivized participation in the administration.

Consistent with the popular belief that Harvard faculty are predominantly liberal, the vast majority of the Faculty of Arts and Sciences identified themselves as “liberal” or “very liberal” in an April survey conducted by The Crimson. Eighty-eight percent of the Faculty indicated they believed Trump has done a “very poor job” as president so far.

Nevertheless, the shortage of faculty members in the Trump administration cannot be solely attributed to party affiliation.

Harvard Kennedy School Public Policy and Management Professor Mary Jo Bane wrote in an emailed statement that even conservative faculty members may be hesitant to serve in the Trump administration.

“Those who might have been invited to serve and happy to do so in a Romney administration...may well find this administration disagreeable,” Bane wrote.

Bane added that she believes Harvard professors working as bureaucrats would prioritize policymaking over politics, but might find doing so difficult in the current administration.

“Whether liberal or conservative, Harvard professors are committed to facts, evidence and policy making based on commitment to the public interest and the common good,” she wrote. “These particular commitments seem to be little valued by the current administration.”

Jason Furman ’92, an economics professor at the Kennedy School and chair of the Council of Economic Advisers under the Obama administration, noted that a number of his colleagues—including Martin S. Feldstein ’61 and N. Gregory Mankiw—served as high-ranking economic advisors in previous Republican presidential administrations.

In an emailed statement, Feldstein wrote that he is “not associated with the Trump administration.”

“I say to those who are asked or might be asked to join the government that it is an opportunity to serve the country and not the President as such,” he wrote.

Still, others—including Tribe—said they believe federal bureaucrats may experience internal conflict when affiliating themselves with an administration with which they disagree politically.

“I certainly know that many people feel a moral dilemma about being part of an administration that they think is doing lots of harm to the environment or to the rule of law or to immigrants or to any of a number of other fundamental American values,” Tribe said.

“They think that, maybe by staying, they will minimize the harm. I don’t know if people are fooling themselves, but that’s certainly what I imagine is the hope of many,” he added.

According to Furman, many past presidential administrations have drawn Harvard faculty, like former University President Lawrence H. Summers, to serve as advisers and high-level bureaucrats.

“There’s a long tradition of Harvard professors being very involved in presidential administrations. It goes back at least to John F. Kennedy,” Furman said. “My very strong sense is that Harvard is much more represented in the high levels of government than are universities that are similarly competitive—than Yale or Princeton or Stanford or something like that.”

“I think there’s something—not just that it’s a very good university, which it obviously is—but something about Harvard that people here are more policy-oriented, are more connected to Washington,” he added.

But unlike his predecessors, Trump has not looked to Cambridge when filling posts in his administration.

“I would imagine there were very few, if any, who were asked. I don’t think Harvard is high on the list of places that Trump or those in his inner circle want to be affiliated with or have any respect for,” Tribe said, pointing to what he called Trump’s criticism of institutions associated with “elitism.” 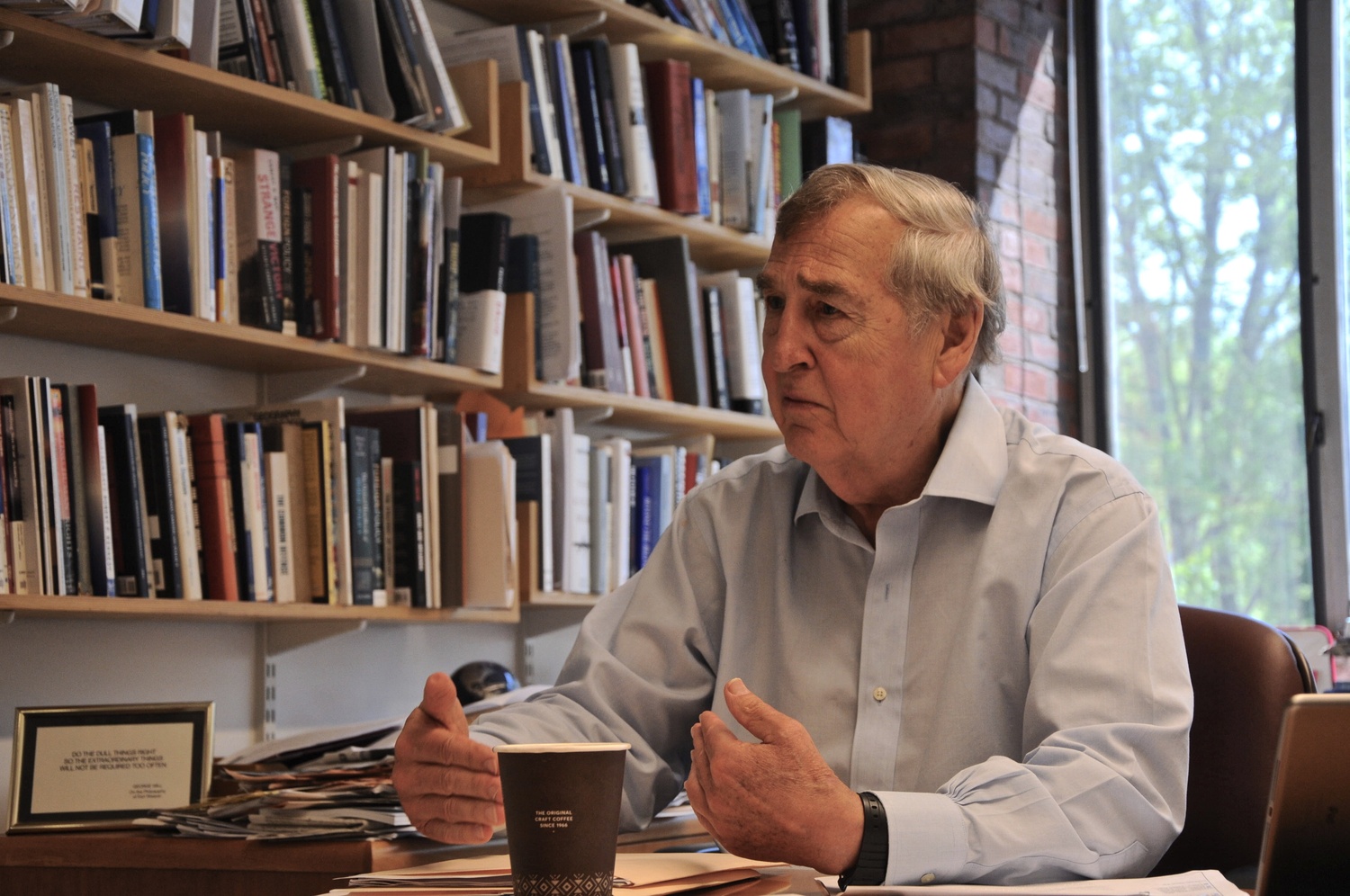 Graham T. Allison ’62, a government professor at the Kennedy School and assistant secretary of defense under the Clinton administration, agreed with this assessment.

According to Abramson, who has covered presidents and campaigns for years, Trump is part of a “historical lineage of presidents and political figures who basically ride down the government and say, ‘government is the problem, not the solution.’”

“People who are in academia and are idealistic about what the government can accomplish would not be attracted or drawn to serve in the Trump administration,” she said.

Economics Department Chair David I. Laibson ’88 said he was “not at all surprised” that very few faculty members were recruited by the Trump administration.

Furman said Trump generally has “less of an interest in academic advice” and has left vacant or eliminated certain positions typically occupied by academics.

“[Trump] prefers, for example, to get his economic advice from the business community, not from economists, and so he has business types around him, not economist types,” he said. “There are just fewer academic types—not just in the White House, but throughout this administration.”