Leading the Charge for the World You Deserve 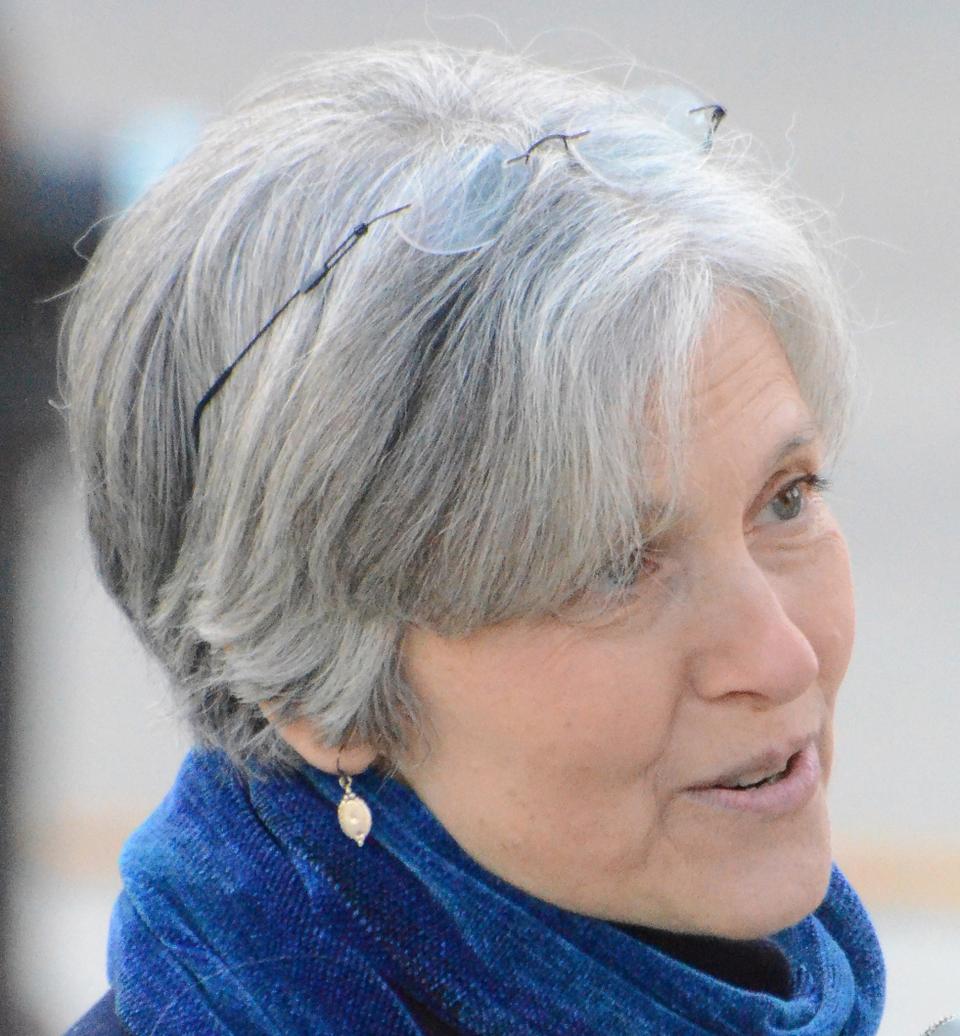 Green Party 2012 presidential nominee Jill E. Stein ’72-’73 is running to use the campaign as an opportunity to use her party to change the national discourse on government policy.
By Jill E. Stein

As you’re well aware, the Harvard ticket to success that you’ve just earned puts you light-years ahead of the pack. Many in your class will have the option to join the ranks of the most privileged and powerful. But you also have the option to take another road, to challenge that world of power and privilege, and to transform it. Today’s interconnected world is one small boat, and right now, that boat is heading straight over the waterfall. We need a new direction, and fast, towards a world that puts people, planet, and peace over profit.

Fortunately, your generation is already leading the way. From the boycotts of “white only” lunch counters to Vietnam war protests and the women’s movement of the 1960s, to today’s Black Lives Matter protests, the fight for immigrant and LGBTQ rights, pipeline resistance, and the Fight for Fifteen, youth have always been the leading edge of transformation. I urge you to redouble the struggle and fight for the greater good like our lives depend on it. Because, in fact, they do.

By Courtesy of Jill Stein

More beholden than ever to Wall Street and war profiteers, the political establishment has brought us crises of historic proportions. A mere three billionaires now possess as much wealth as the poorer half of the United States. Meanwhile, stagnating wages and skyrocketing costs of living have left one in two American families in or near poverty, with 75 percent of Americans living paycheck to paycheck, and 45 million locked in student loan debt. With hardship compounded by systemic racism, the average African American family holds little over five cents of wealth for every dollar that a white family has.

Your future is also imperiled by skyrocketing U.S. militarism that’s making us less secure, not more. Consuming over half of discretionary expenditures, with over 800 bases around the world and special forces in 149 countries, the global sweep of American empire is unprecedented. Endless war in the Middle East has cost over $5 trillion dollars and untold carnage, while creating failed states, mass refugee migrations and worse terrorist threats. Meanwhile 2000 US and Russian nuclear weapons are on hair trigger alert, as flashpoints for nuclear Armageddon intensify from the Korean Peninsula to Iran, Syria, and the Russian border.

The climate crisis you face is beyond an emergency, with each year bringing new extremes of heat, storms, drought and floods. The foremost US climate scientist, James Hansen, has predicted a catastrophic sea level rise of 10 feet or more as soon as 2065. There’s not a moment to lose.

Fortunately these problems are intrinsically solvable. But we need solutions as big as the crises barreling down on us. We need a wartime-scale Green New Deal jobs program creating a 15-year transition to 100 percent renewable energy to turn the tide on climate change, revive the economy and make wars for oil obsolete; health care and education as human rights, with a student debt bailout; a humane economy including living wages, strong unions, worker cooperatives, taxing the rich; a welcoming path to citizenship and end to mass incarceration; a foreign policy based on diplomacy, human rights and international law, including the new treaty banning nuclear weapons.

The good news is that the momentum for change is unprecedented, with a record 61 percent of Americans—and 71 percent of millennials—now calling for a new major political party to better serve everyday people. Demand is also growing for election reform that liberates voters to vote for such candidates. A simple reform gaining momentum across the country, Ranked Choice Voting, allows you to rank your choices and, if your first choice loses, automatically reassigns your vote to your second choice. RCV ends the fear-mongering against independent candidates and voters who are fed up with the status quo.

Paraphrasing Alice M. Walker, the biggest way people give up power is by not knowing we have it to start with. In fact, you have that power—with historic crises that compel change, and public hunger that demands it. The younger generation has always provided the spark to make change possible. You didn’t create this crisis. But you—more than anyone—can fix it. For the sake of all of us, please keep leading the charge.