Par for the Course: Female Performance of the Year

Though Harvard did not capture the team Ivy League title, Michelle Xie found the top of the podium in individual rankings—shooting a 77-71-72 to win individual champion. 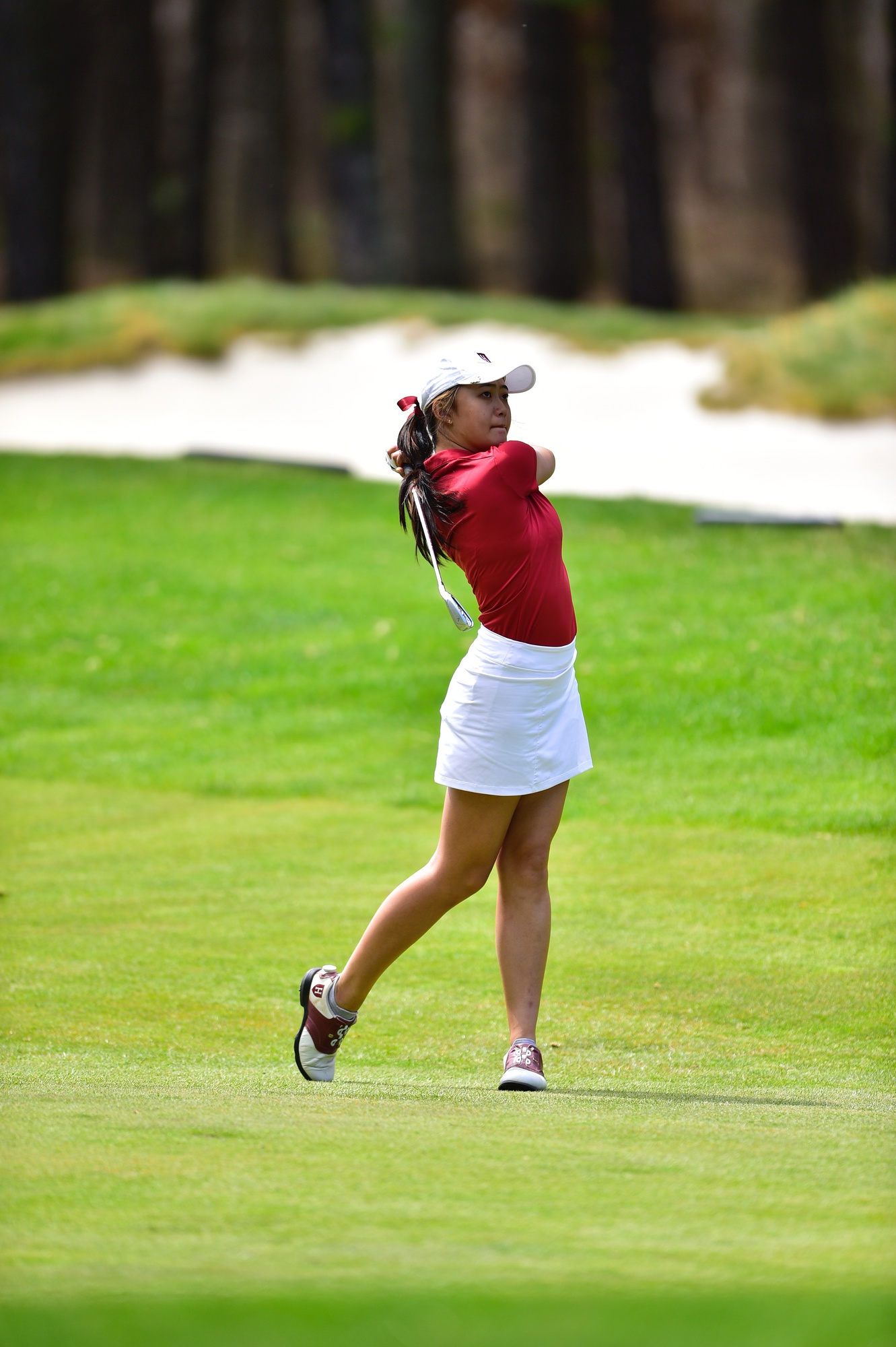 By Courtesy of the Ivy League

Junior Michelle Xie finished four strokes ahead of the next competitor to become the Ivy League Individual Champion.

Par for the Course: Female Performance of the Year

Though Harvard did not capture the team Ivy League title, Michelle Xie found the top of the podium in individual rankings—shooting a 77-71-72 to win individual champion.
By Joseph W. Minatel

Despite coming up just short against Princeton in the Ivy League Championship, Harvard women’s golf enjoyed an individual conference title thanks to junior Michelle Xie. The Palo Alto, Calif., native roared past her competition to finish out the tournament atop the leaderboard.

“It was a very interesting week,” senior captain Lita Guo said. “The chances of having a playoff and ending with a tie are rare.”

Although the season ended in heartbreaking fashion, Xie served as a bright spot in the final competition of the year. The Crimson junior finished day one tied for fourth after posting a five over par score of 77, helping bring Harvard to second place after the first round.

On the second day, Xie shot an impressive 71, good for one under par to launch her to the top of the individual leaderboard. Xie was the only golfer able to post a single round score under par at the Metedeconk National Golf Club in Jackson, N.J. Xie followed up her tournament-best 71 with another stellar performance in the final round, recording an even par 72 to secure her place as the top finisher on the weekend.

Winning is nothing new for the Harvard phenom. Though Xie did not record any individual victories during her freshman year, she helped lead Harvard to a conference championship by placing third with a cumulative score of 228. She also earned first-team All-Ivy League honors.

Xie exploded onto the scene in her sophomore season, notching a trio of individual victories at the Princeton Invitational, the Harvard Invitational, and the Navy Spring Invitational. Although by all measures Xie had a successful season, she faltered in the second round of the Ancient Eight championship, posting an 85 and eventually finishing 12th in the field. This left unfinished business for Xie in the final competition of her junior season.

After finishing tied for seventh in the Harvard Invitational, the last tournament before the Ivy League Championships, Xie zeroed in for the final contest of the season.

Xie’s modest first day of the tournament resulted in 13 pars and 5 bogeys on a day when no competitor finished below par. The following round, however, Xie turned on the gas by balancing three bogeys with an impressive four birdies to finish one under par.

Sitting in first headed into the final day, Xie protected her lead with ease. Xie birdied two and bogeyed two holes, finishing the day at even par and the tournament at four over par.

Although the rest of the leaderboard remained cluttered behind Xie, the Harvard junior finished comfortably ahead of her competition. The next closest finisher, Princeton freshman Anabelle Chang, finished a full four strokes back at eight over par.

Xie’s finish in the tournament helped her to achieve All-Ivy first-team honors for the second time in her career, joining fellow Crimson golfer and Ancient Eight co-Rookie of the Year Belinda Hu.

Besides Hu and Xie, Harvard will return six of its seven players for the 2018-2019 campaign.

“We have four freshmen joining us next year and they are all amazing players,” junior Anna Zhou said. “I’m looking forward to it.”

Harvard will look to capitalize on its youth and gained experience from this past season to reclaim the Ivy League title. Xie, with her counterpart Zhou, will serve as all-important senior mentors to a young team hoping to avenge this season’s tragic loss. Next season, Xie will look to lead the Crimson while defending her individual Ancient Eight title.