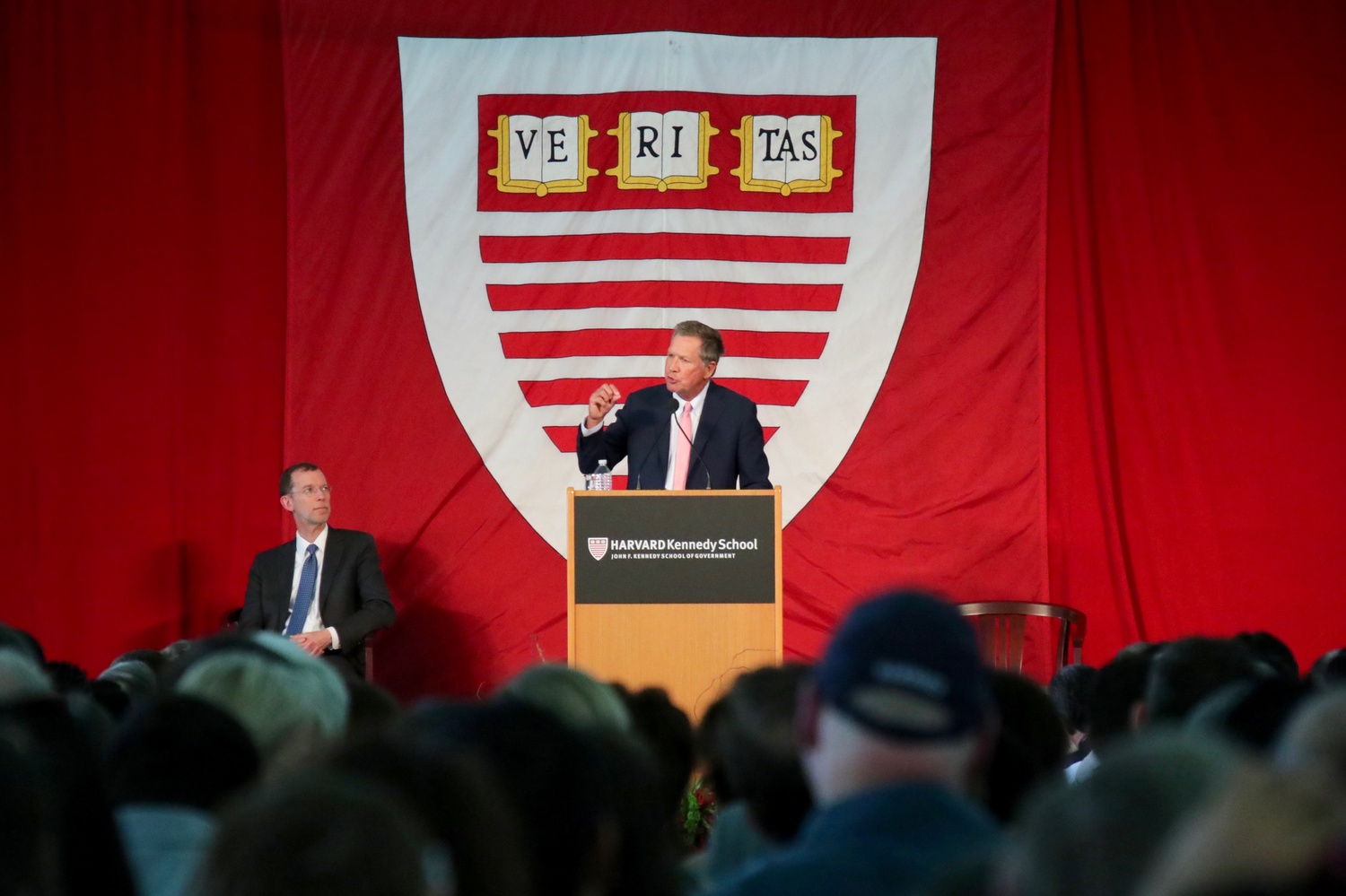 Amid rumors that Kasich may challenge President Donald Trump for the presidency in 2020, Kasich’s speech notably steered clear of politics or public policy. Instead, it focused on values he said he has derived from religious faith.

“I think what is so interesting is that Christians and Jews and Muslims all basically have the same view of human life: that human life is special, the human life is above all other life, and that the creator created this human life and made it above all else,” Kasich told students assembled at John F. Kennedy Park. “It is our duty to reflect on our creator and to recognize that every human being is made in the images of our creator.”

Kasich has served as governor of Ohio since his election in 2010 and unsuccessfully sought the Republican presidential nomination in 2016. He was also a member of the U.S. House of Representatives from 1983 to 2001 and chair of the House Budget Committee for a portion of that period.

The choice of Kasich as a speaker brought criticism from international students at the Kennedy School who said that as an American politician, he did not reflect their global identities. In response, the Kennedy School added an event featuring the Mongolian president Tuesday to the school’s Commencement week schedule.

Kasich announced after dropping out of the Republican primary race in 2016 that he would not vote for Trump. He has since sought to distance himself from the president; he has openly opposed Trump’s positions on trade and DACA, the Obama-era program that allows undocumented youth to legally live and work in the United States.

At the Kennedy School ceremony, Kasich urged graduates “to portray the character of [the] creator.”

“It really is about treating others and loving others, which means doing good for others, even when you have no self interests,” he added.

Kasich referenced various moments in which he said he believed these “instinctive virtues” were portrayed, including the actions of those in recent mass shootings in Las Vegas and Parkland, Fla., by bystanders who attempted to protect others who were gunned down.

“My hope is there for humanity because I saw those virtues are written on our hearts. If we would just slow down, and reflect, we will get it right,” he said.

Kasich also expressed his “hope” in graduates to carry out change “from the bottom up.”

“My hope is really in the millennials, all of you today who are going to graduate from a prestigious university where you get automatic power,” he said. “I believe in you and I want you to believe in yourselves, that you can change the way that the world turns on its axis. You can, you will, you must. We are counting on you.”