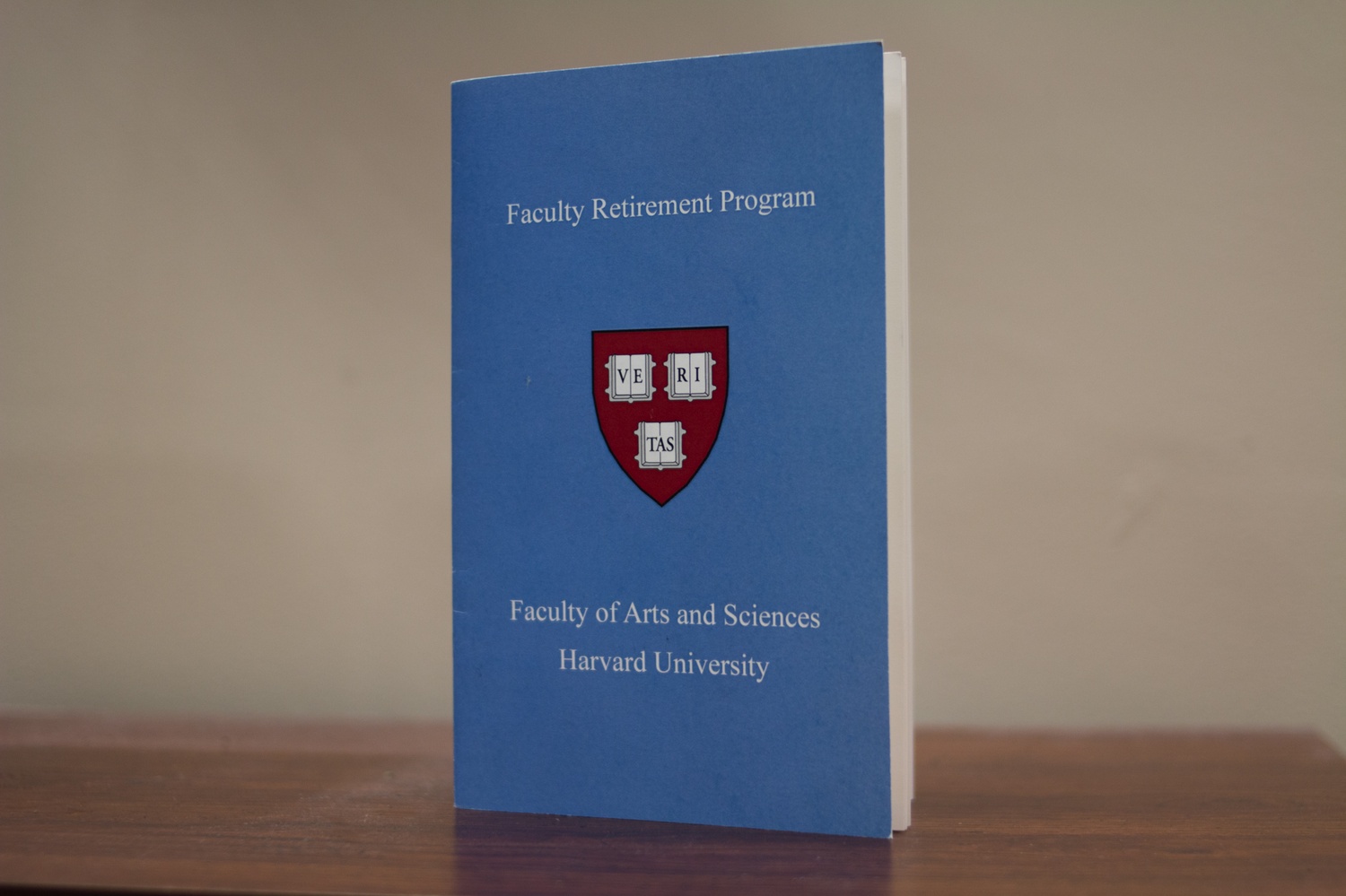 The Faculty Retirement Handbook details the privileges accorded to emeritus professors. Jorge I. Dominguez will continue to receive these perks pending the results of an investigation into his alleged sexual harassment of almost two dozen women. By Caleb D. Schwartz
By Angela N. Fu and Lucy Wang, Crimson Staff Writers

Professors Emeriti in the Faculty of Arts and Sciences are afforded a host of privileges after they retire — and, even when facing allegations of sexual misconduct, they apparently get to keep them.

Pending the results of an investigation into his alleged sexual harassment of close to two dozen women, Government Professor Jorge I. Dominguez will continue to receive the perks that come with his emeritus status, including access to University spaces and research support.

Dominguez announced his retirement last semester, less than a week after The Chronicle of Higher Education reported that at least 20 women were accusing him of sexual misconduct over a period spanning nearly 40 years. Two days before Dominguez made his announcement, former Dean of FAS Michael D. Smith emailed FAS affiliates to declare that Dominguez would be put on paid “administrative leave” while FAS investigated the allegations.

The Office for Dispute Resolution launched an investigation into Dominguez in the spring based on a Title IX complaint filed by FAS. Title IX is the anti-sex discrimination law that underpins Harvard’s approach to sexual assault. Individuals can file their own Title IX complaints, or, as in this case, FAS may file on behalf of complainants.

Though Dominguez remains under investigation, his retirement began on June 30 and he now holds emeritus status, which is automatically conferred upon eligible retired faculty.

FAS spokesperson Anna G. Cowenhoven confirmed Tuesday that Dominguez currently benefits from all of the privileges afforded to Professors Emeriti, pending the results of the investigation.

According to the Faculty Retirement Handbook, Professors Emeriti can teach up to one four-credit course per year after their retirement. They can also offer departmental courses with the invitation of the department chair and approval of the Divisional Dean. Additionally, they can offer freshman seminars, pending approval from the Committee on Freshman Seminars.

Dominguez taught a freshman seminar the semester before the allegations came to light.

Government Department Chair Jennifer L. Hochschild wrote in an email Tuesday that Dominguez has not contacted the department about teaching a course.

Other privileges provided to faculty holding emeritus status include the ability to continue graduate advising, access to libraries and online resources, use of FAS emails, office space within departmental guidelines, research space and resources, and medical and dental benefits.

It is unclear when the investigation into allegations against Dominguez will conclude.