Voters Head to the Polls in Mass. Primary: Live Updates 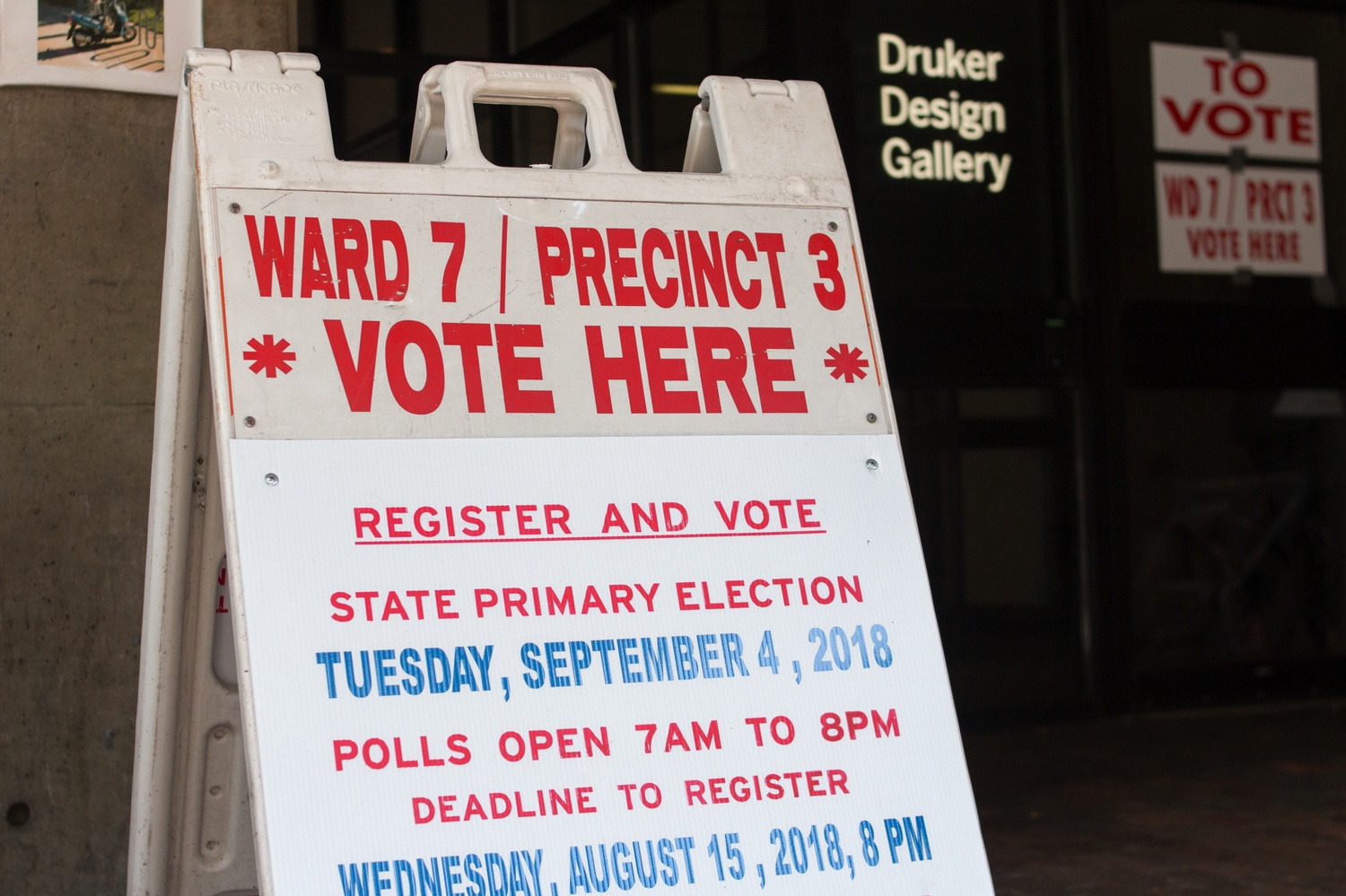 Massachusetts voters head to the polls today in a primary election that will winnow the field in a number of high-profile state and federal races. Some things to watch: Democrats will choose their candidate to take on Republican Governor Charlie Baker ’79 in November, a nationally scrutinized race between U.S. Representative Michael Capuano (D-Mass.) and challenger Ayanna Pressley will come to a head, and Quentin Palfrey ’96 — the son of Adams House faculty deans Sean and Judith Palfrey — will vie for the Democratic nomination for lieutenant governor.

The Crimson sent reporters to Cambridge and Allston polling locations to talk to voters about a number of key races for state offices, U.S. Senate, and U.S. Congress. Read our live updates below.

A tepid but consistent stream of Cantabrigians continued to make their way to Quincy House, one of 12 undergraduate houses located on Harvard’s campus and one of 29 polling places.

Madeline K. Hilla, a resident of the Harvard Square area and self-described “lifelong progressive,” said she was excited to support the bid of Senator Elizabeth A. Warren, who is running unopposed in today’s primary for a second term in office.

“I’ve admired her for years and really just think she’s a great leader and great woman,” Hilla said. “I’m crossing my fingers that she’ll end up running for president.”

While Hilla voiced support for gubernatorial candidate Bob Massie and incumbent Attorney General Maura T. Healey ’92, both Democrats, she said she wasn’t “too familiar with some of the more local candidates.”

Elizabeth H. Clement, who joined Hilla at the polls today, echoed her friend’s sentiments and said she will be “anxiously waiting”  to see the results as they come out later tonight.

As light filtered in through staircase-like windows, two children enthusiastically played among the concrete walls of the Harvard Graduate School of Design, both sporting “I Voted” stickers. They accompanied their father, Sajjad H. Rizvi, as he voted in the Massachusetts primary.

Rizvi, a 2015 graduate of the Harvard Extension School, said that he wants to instill in his children the significance of civic participation

“It’s important that if they see parents going out to vote, when they grow up — when it’s going to be difficult to go or if they don’t feel like it — they understand the importance that you have to, to make your voice matter. That’s the biggest reason why I came to vote,” Rizvi said.

Tessa T. Byer, another voter in the primary, said the "I Voted" the stickers from the primary can be a reminder that the general election is coming up.

“I had a lot of co-workers who registered to vote for November today because they were getting all the buzz about voting,” Byer said.

J. Andres Ballesteros ’13 said that the primary is especially important in Massachusetts, a state that tends to overwhelmingly vote for one party over the other.

“Because Massachusetts and Cambridge in particular are so solidly Democratic, this is the main election in a lot of ways — the primary more so than the general,” Ballesteros said. “I think it’s going to be one sign among many about the direction the Democratic Party is going to take.”

Traffic at the Honan-Allston Library polling station is picking up in the after-work hours.

In the race for Massachusetts’s 7th congressional district, voters at this polling place appear to be fairly split

Pressley voters citing a need for change and Capuano supporters citing his progressive record and ability to oppose Republicans’ agenda.

“I think it’s time for a change, someone who represents my voice a little more and looks like the people that they represent.”

Another Pressley voter said it was time for “new blood.”

Michael Fleischman said he voted for Capuano, adding that the 10-term congressman has proved he can “stand up to the Republicans.”  A newcomer like Pressley would have trouble doing so, he said.

Stephanie Powers said that although the candidates didn’t differ in “most policies,” the fact that Pressley is a woman and a member of a racial minority group was decisive in gaining her vote.

“We need more people like that in office,” she said. were a lot of people running for reelection, and they were being contested by people, and more often than not, I voted for the challenger.”

The polling station for Ward 8, Precinct 3 opened at 7 a.m. inside Quincy House, one of the College’s twelve undergraduate houses. After two and a half hours, only 18 people had cast ballots.

Emir E. Aviles, a Cambridge resident, said there were not many candidates to choose from on his ballot.

“I’m just looking for candidates who will make the city and state better,” Aviles said. “There wasn’t that many options at least on my ballot, either incumbent or write-in.”

For Gregory K. Davis, a Psychology department concentration advisor, although there were not many contested races on his Democratic ballot, he said the ones that were contested offered the opportunity for a new representative.

“Many of the positions are running unopposed. The ones that were, though, had some interesting people,” Davis said. “For the most part, I’m interested in fresh blood, new blood. There were a lot of people running for reelection, and they were being contested by people, and more often than not, I voted for the challenger.”

Chris Mackin, another Cambridge resident, noted that even though “there isn’t much going on” in terms of his ballot, the ability to vote is an important civic and personal responsibility — even a “moral responsibility.”

“It’s a privilege,” Mackin said. “I didn’t want to look back on it and feel like you didn’t do it.”

At the Quaker meetinghouse near Longfellow Park, a slow but steady stream of voters are making their way towards the ballot box. The meetinghouse itself is decked out in decor championing progressive causes, with pride flags and posters in support of refugees.

Several voters approached by The Crimson voiced excitement for the Democratic Party. Cambridge resident Eleanor M. Mullen said that while she did not recognize all the names on the ballot, she was happy to vote with her party. “My family throughout Connecticut and Massachusetts reminded me five times yesterday and today to vote,” she added.

Other voters said they were more interested in specific candidates. Evelyn S. Wyman voiced her support for Lieutenant Governor candidate Jimmy Tingle because she said she knows him through church. Roger S. Webb ’58, a longtime Cambridge resident and active voter, said “I came this morning specifically to vote for [candidate Ayanna S.] Pressley, and I’m very disappointed that she’s not on our ballot. I wanted the honor and the thrill of voting for Pressley — I would very much like to see her win.” Pressley is vying to unseat U.S. Representative Michael Capuano (D-Mass.) in Massachusetts’s 7th congressional district.

Webb also said he adamantly supports the growth of the middle class, and that he cast a vote for Elizabeth Warren for this reason.