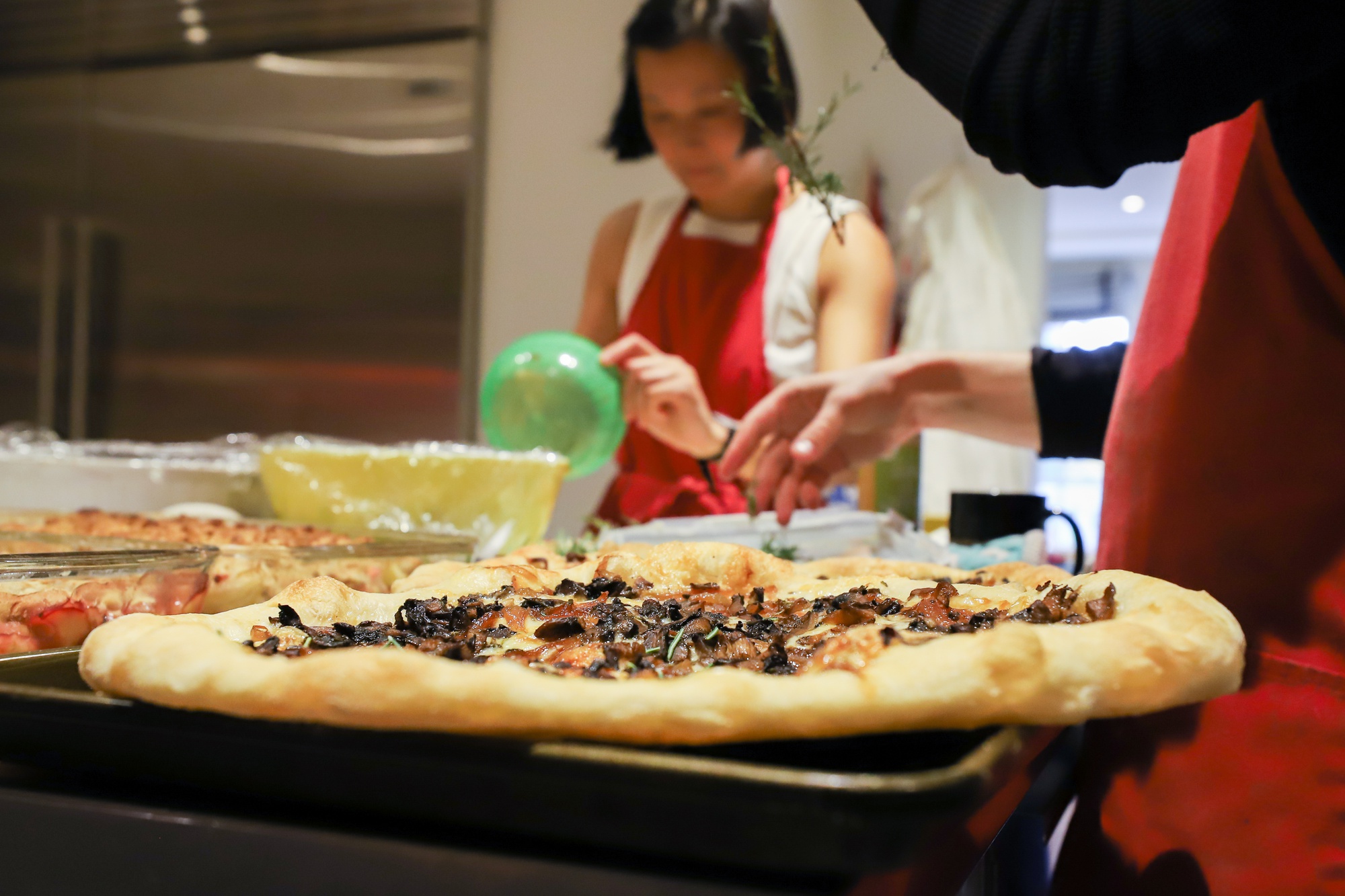 Elf on the Shelf….er, in the House

But “House Elves” take the Harry Potter comparison to a whole new level.

Unlike Dobby, the diminutive supernatural sidekick who pops up to aid Harry’s various missions, Harvard’s house elves are human. Officially known as Faculty Dean’s Aides, “House Elves,” as they are affectionately dubbed, are recent graduates who reside in many of the upperclassmen Houses. Elves receive free meals and board in exchange for their commitment to facilitating various House events. The granularities of the Elf programs vary by House, but the overarching goal of the position in all cases is the same: improving the House community.

Jennifer A. Kunes ’19 is one such Elf living and working in Pforzheimer House. Kunes, who is conducting biomedical engineering research at Brigham and Women’s Hospital, says she is perfectly suited to the role. Like the elves of Hogwarts, Kunes is small, by her own calculations, “impish,” and “bubbly.” 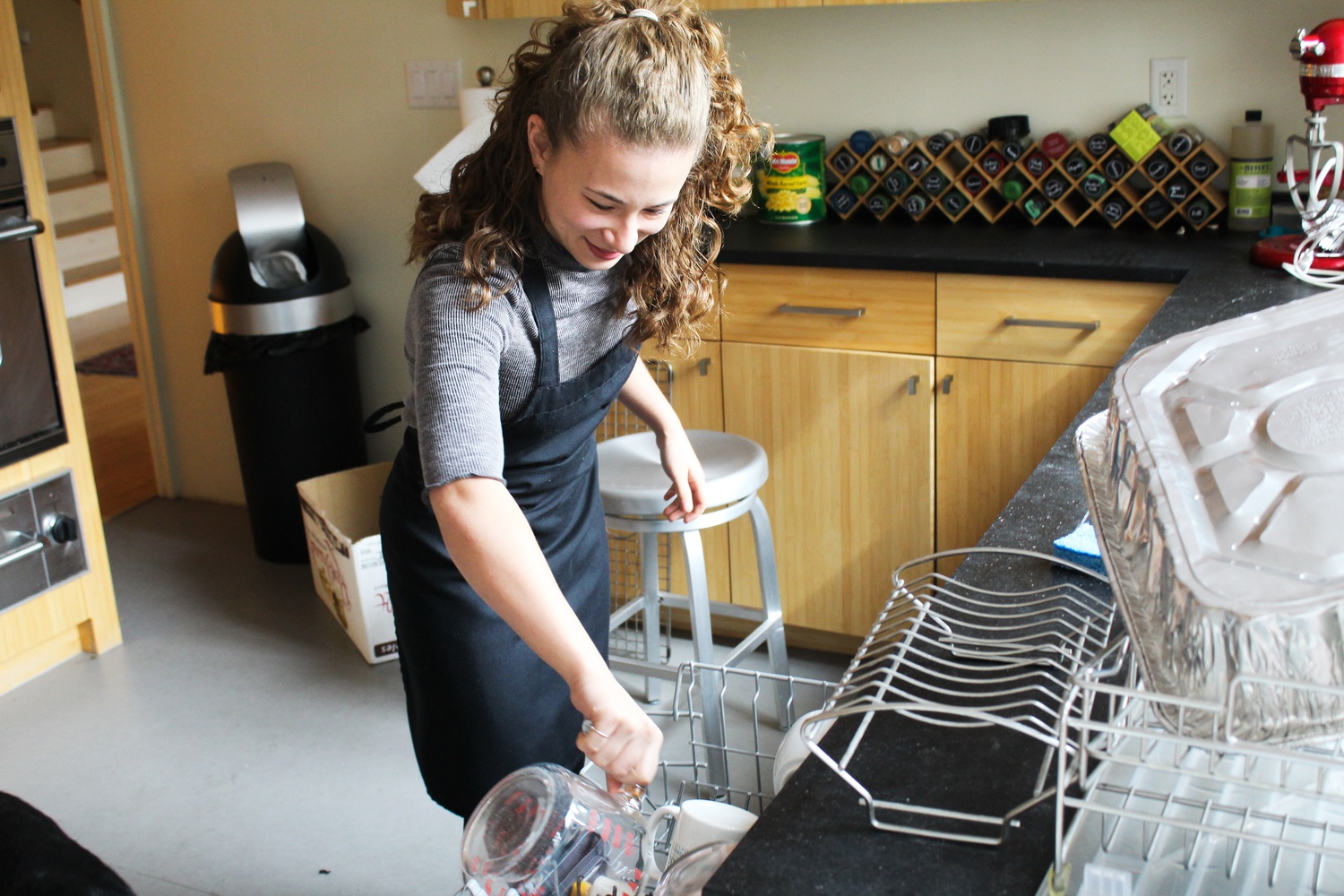 Kunes approaches her job with enthusiasm. “I think it’s really fun,” she says. Having Elves “makes the House feel very homey.” In fact, Kunes is so passionate about her job that she decided to change her Instagram handle to ‘Jennie the Elf.’

Brett M. Biebelberg ’16, who returned to Quincy last year as an Elf after spending two years on Wall Street, shares a similar impression of his integration into the tight-knit house culture at Harvard. One of his favorite memories of being an Elf was watching the Class of 2019 graduate. Not only was he proud to see students he considered his “mentees” receive their degrees, but he also found the experience a helpful reminder of how privileged he is to remain a part of the Harvard community.

Across the board, translating love for the Harvard community into fun House experiences for the current upperclassmen is a staple of the Faculty Dean’s Aide program.

For instance, Pforzheimer House hosted its annual Halloween Open House Sunday. The Pfoho elves — including Kunes and her co-elf Amanda J.N. Mozea, ’17-’18 — organized, catered, and cooked for the event. Starting a week before the event, the Elves convened to decide the menu, figuring out which items needed to be prepared at home and which should be catered. As of the Thursday before the event, Kunes estimated that she and her colleagues would spend upwards of “12 hours, maybe 15 hours preparing for the open house.” They’ll spend the event “scrambling to make another giant pan of something,” and they won’t leave the Dean’s residence until around 1 a.m., when they’ve finished the clean-up. 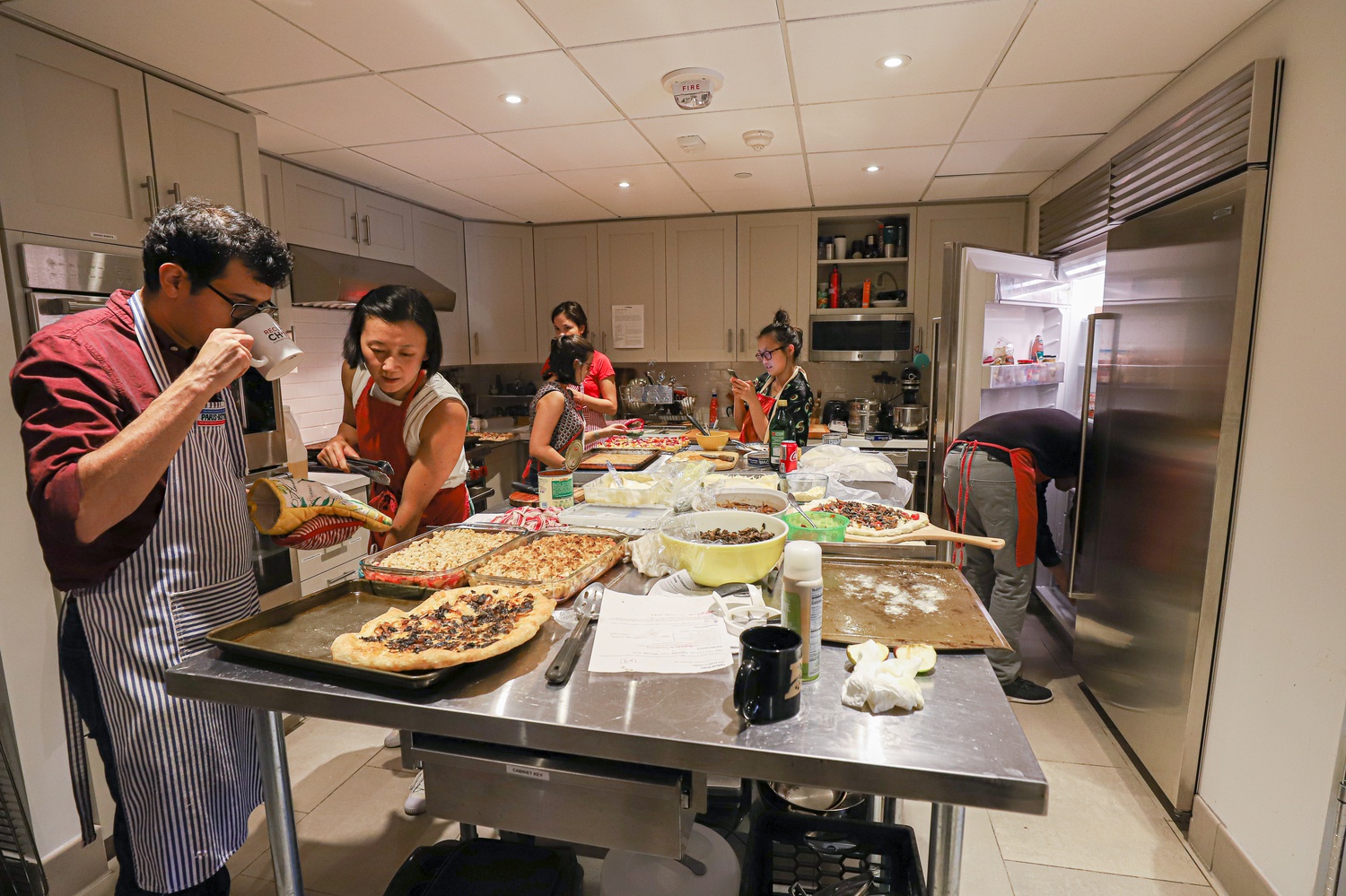 The East Apthorp kitchen in the Harvard Inn "Oaktel" bustles with Adams "House Elves" as they prepare for Autumn TEAquinox. By Amanda Y. Su
Advertisement

But as laborious as this might sound, the Elves feel the result is worth the effort. More than 300 students stopped by to enjoy the gnocchi, candied apples, pumpkin spice lattes, and dozens of other culinary creations.

Biebelberg from Quincy shared the same viewpoint when speaking about last December’s Cookie Open House. “Between the four of us [Elves] and our Faculty Dean, Deb, we baked over 1,500 cookies in total. It was a ton of time and energy, but seeing hundreds of students com[ing] through and picking out cookies that looked good to them and laughing with their friends made the event worthwhile.”

For the Elves, the concepts of food and community are fully intertwined. Elizabeth F. Jacobson ’16, another Elf in Quincy, emphasized her belief that home-cooked food brings people together, partly because of its ability to evoke a connection to family.

Kunes agrees wholeheartedly: “I think it also makes a difference when we really love the food we’re making,” she says, emphasizing the joy of drawing on her own heritage in her cooking. “And it comes across, so even if someone is not thinking, ‘Wow, this is my childhood food,’ they can tell it’s someone’s childhood food, and they get really excited to try.” 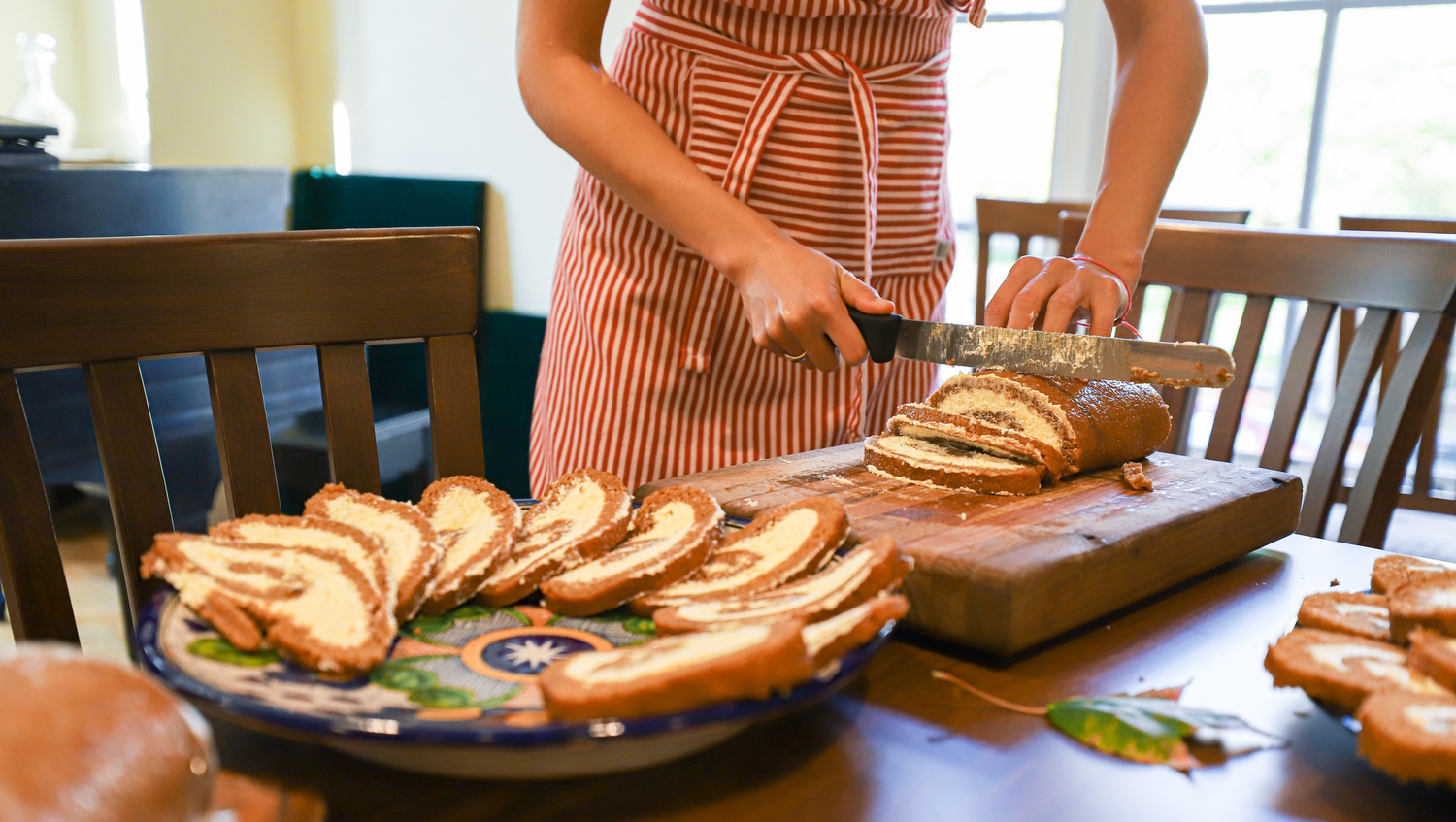 Many Elves carry into their job the memories of their own time as students in the Houses, and strive to replicate those positive experiences for today’s undergraduate residents.

In fact, the Elves are so integrated into the House community that they’re often mistaken for students themselves. Mozea explains with amusement that, “A lot of people.. .last year thought that I was a sophomore.”

As a result, she spent a lot of conversations “having to explain that, no, I’m significantly older than you!”