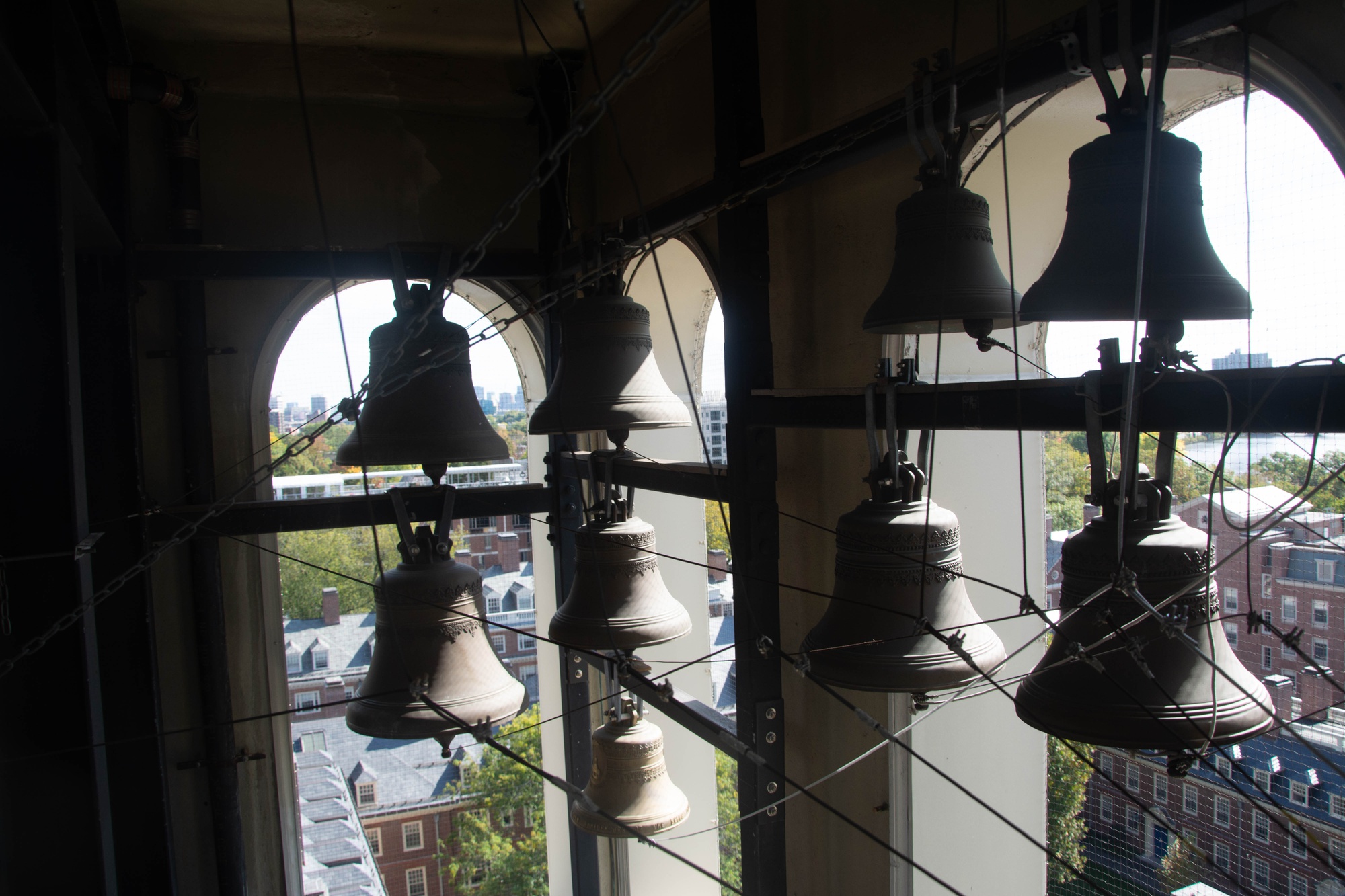 In 2008, the Lowell Bells that had sounded across campus since 1930 were swapped out for a nearly identical pair. The exchange was a monumental undertaking, yet few at Harvard noticed it, and even fewer knew the truth behind the swap’s impetus and funding.
By Alexander M. Lee and Ramona Park

In 2008, the Lowell Bells that had sounded across campus since 1930 were swapped out for a nearly identical pair. The exchange was a monumental undertaking, yet few at Harvard noticed it, and even fewer knew the truth behind the swap’s impetus and funding.

The original bells, which came from the Danilov Monastery in Moscow, held deep cultural significance in Russia –– deep enough that an organization founded by Russian oligarch Viktor Vekselberg was willing to pay $10 million to get them back.

Evander L. Price, a resident tutor and the Housing Committee adviser for Lowell House, notes that Vekselberg is one of the primary oligarchs designated as a potential concern in the ‘Countering America's Adversaries Through Sanctions Act,’” the 2017 law that imposed sanctions on Russian entities and individuals amidst Russia’s continued involvement in wars in Ukraine and Syria and alleged involvement in the 2016 U.S. elections.

To Price, this is an important part of the story because “the bells are a symbol of the relationship between Russia and America broadly, and Lowell House and the Danilov Monastery.’”

“[Vekselberg] was well known for being a patron of old Russian art,” says Gavin B. Moulton ’20, president of the Lowell House Society of Russian Bell Ringers. “He had bought all these expensive Faberge eggs that were key artifacts of the Russian Imperial Era.” 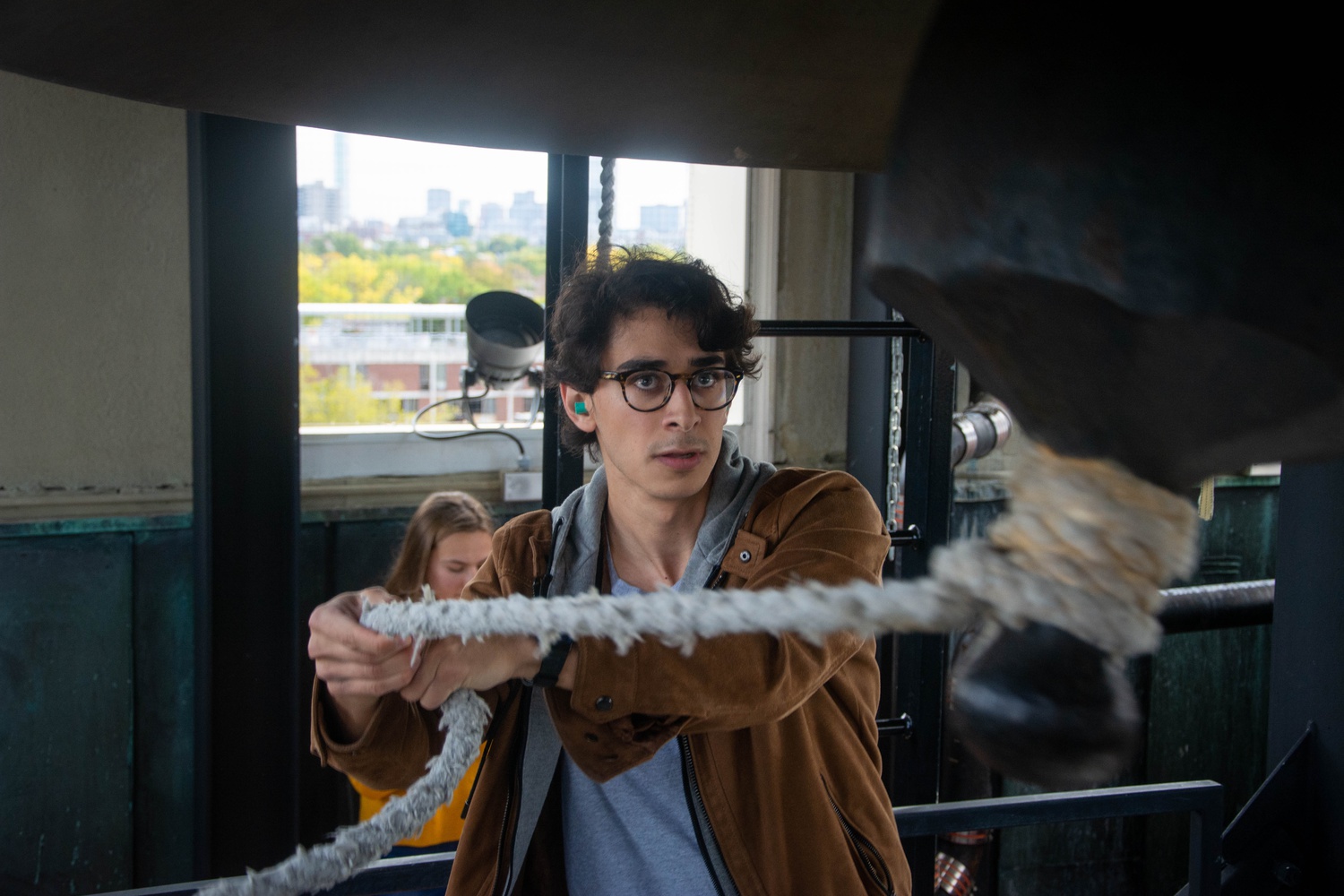 The Danilov Monastery bells that arrived at Harvard in 1930 were decorated with religious iconography and traditional Slavic text. However, after the Bolshevik Revolution, most of the remaining bells in Russia were melted down, as the iconography and text that decorated their surfaces was banned by the new Communist government. The bells sitting atop Lowell were some of the few surviving examples of traditional Eastern Orthodox bells.

Not that returning the bells would be any easy feat: together, the bells weigh more than 25 tons, and, according to Price, getting them out of the Lowell Belltower required a partial deconstruction of the tower itself.

“[Vekselberg] had a vested interest in repatriating Russian works of art that were totally considered lost in the previous era,” Moulton says. “He was willing to step up to the plate and pay for it all.”

Harvard accepted the offer, and the exchange started to come to fruition in 2003, when a delegation from Russia arrived at Harvard “preaching a new understanding of the bells,” says Isabelle K. M. DeSisto ’20, vice president of the Lowell House Society of Russian Bell Ringers. “That they weren’t just musical instruments, but more than that.”

The restoration of the original bells to Danilov did not entail the removal of bells from Lowell forever. Rather, it was simply an exchange. As the original bells went back home to Russia, a new set of identical bells were cast in Voronezh, fully adorned with the same imagery and Old Church Slavonic present on the originals. The new bells were tuned in a Western fashion, allowing them to play harmonic melodies with different notes instead of layered chimes.

Now, there exist two sets of Danilov bells: the original, “Eastern-tuned” set in Russia, and the recast “Western” set here at Harvard. The Harvard bells have their own Facebook and Google+ pages, and they retain their presence in Lowell community lore.

“We go over the history [of the bells] often at Lowell orientation events,” Price says. “The bell ringers are all well-versed in this history. I suppose other houses probably don't know as much about them — but I'd challenge you to find me a more idiosyncratic example of Harvard history.” 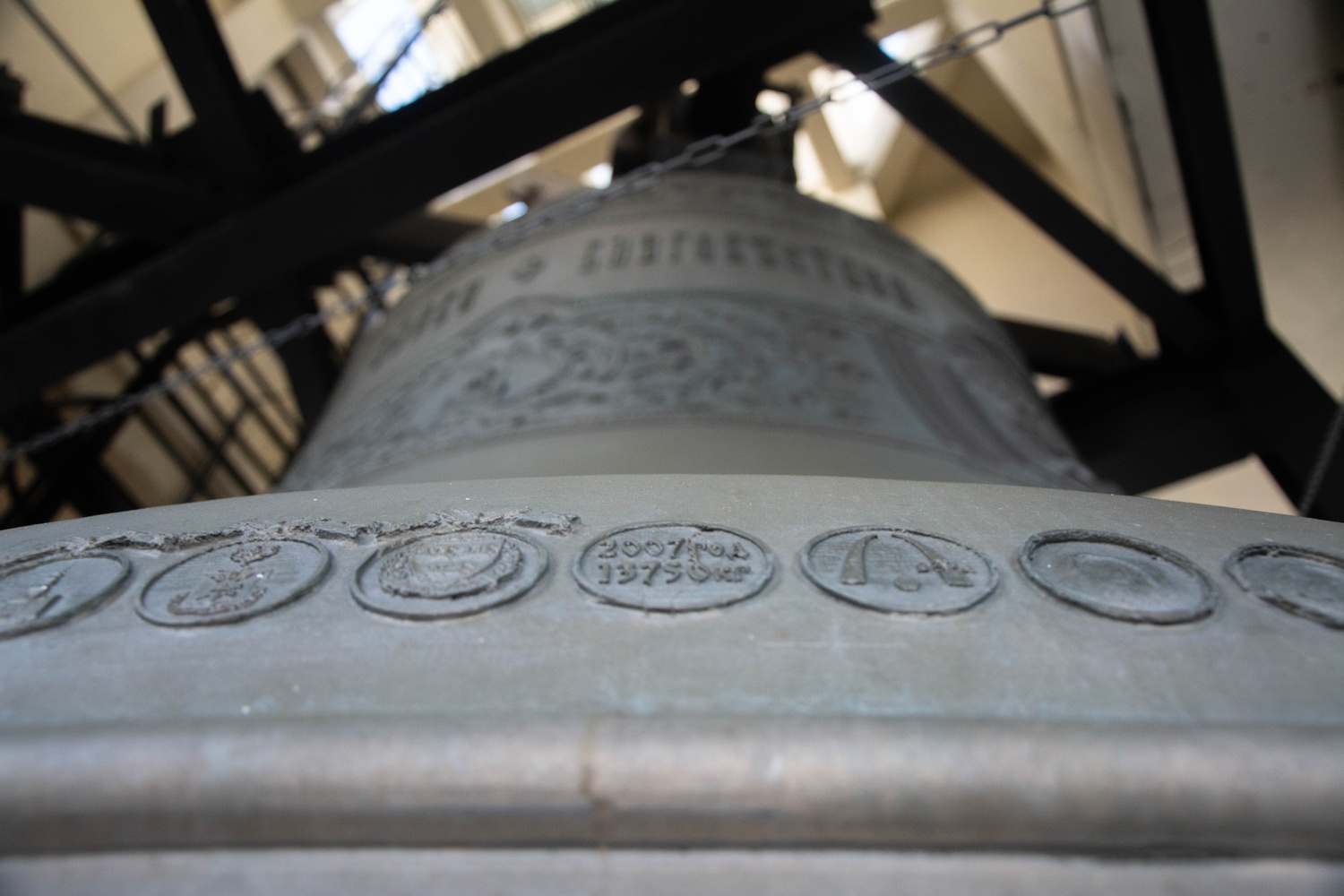 Detail of the bell "Mother Earth" in the Lowell House bell tower. By Thomas Maisonneuve

The bells in Russia continue to hang at the Danilov Monastery to this day, but Harvard has made its mark; on the original set remain the engraved and graffitied names of visitors past, an etched record of the bells’ 78 years spent atop a college dorm. In a sense, this segment of the bells’ history live on, even with their return to Russia. The Lowell House Society of Russian Bell Ringers even makes summer trips to the Danilov Monastery via an exchange program, in which Harvard students have the opportunity to play the bells that used to be just a brief walk away.

“The history of the bells is far from over,” Price says. “And it is a history that is only going to get weirder. But no matter what happens, Lowell will be bellin' on Sundays.”

A previous version of this article misspelled the name of the Lowell House Society of Russian Bell Ringers.

A previous version of this article incorrectly stated that Viktor Vekselberg paid $10 million to get the original bells back. In fact, an organization he founded paid the $10 million.