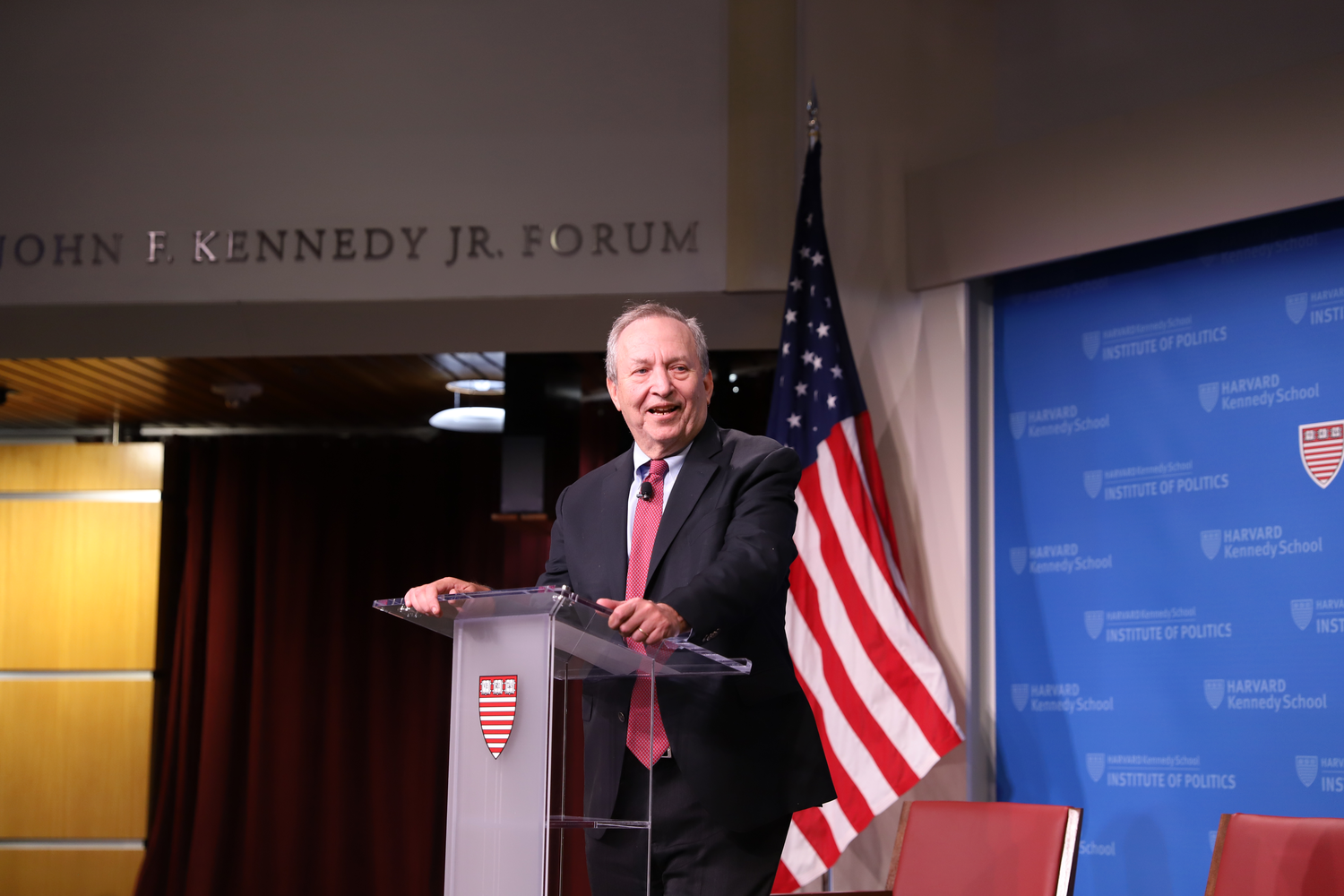 Carney is currently traveling around North America for high-level official meetings with the World Bank Group and the International Monetary Fund. He will vacate his position at the Bank of England in January 2020, according to Carney.

As part of the annual Albert H. Gordon Lecture series — which focuses on international finance — the event addressed multilateral responses to potential international crises like climate change and financial recessions.

Reflecting on his experiences with global economics, Carney spoke in his lecture about the importance of multilateralism — which Carney used to mean international cooperation — as an “outcomes-based” tool that “tackles specific problems.”

“It has flexible geometry, so it’s different stakeholders for different problems, and it is inclusive,” Carney said.

Former University President Lawrence H. Summers — who was Carney’s economics professor when Carney was an undergraduate at Harvard — moderated the event.

Throughout the talk, Carney said he is optimistic about the future of international cooperation, but also acknowledged that current multilateral reforms need to be improved.

“I’m trying to be glass half-full about multilateralism,” Carney said. “But it’s not the comprehensive multilateralism that reigned up until the great financial crisis.”

Connor P. Chung ’23, who attended the talk, asked Carney about his stance on the controversy surrounding Harvard’s investments in the fossil fuel industry.

In response, Carney said that though divestment is certainly an option, he also believes there are other ways to create positive changes toward a more sustainable future.

“It can be better for the system to put capital into an energy company that is going from oil, coal-heavy, and moving towards a more renewable mix that they wouldn’t otherwise do if they didn’t get the capital and the value,” Carney said.

Marcy M. Murninghan, a strategy adviser for a maritime advising firm based in Boston and a self-proclaimed fan of Carney, said she enjoyed the talk, describing it as “a great overview of the emergence of a multilateral architecture.”

“I came to this because I’m a longtime fan of Mark Carney, and I know what he’s been trying to do for a very long time,” she said.

Though Murninghan said she agrees with many of Carney’s approaches to solving pressing issues around the world, she also emphasized more work needs to be done.

“Multilateralism is great, but it’s like landing in Normandy, I mean it’s just the first of what really are a whole bunch of things that need to happen,” Murninghan said. “So in the context of what he had to say, I thought it was great, but I think it was incomplete.”