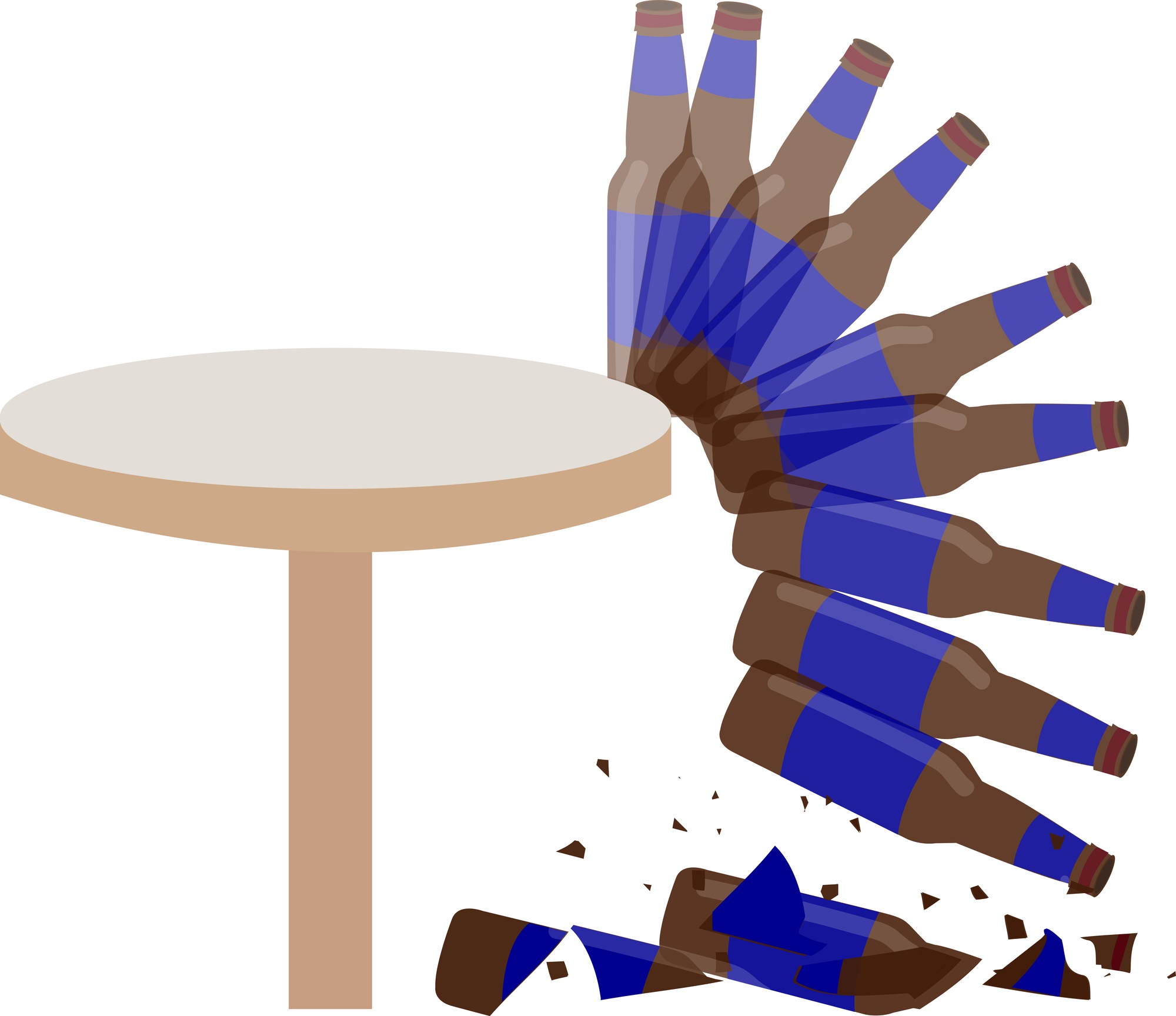 One of the boys had brought a six-pack of Corona, and as he popped a bottle cap off on the edge of the formica countertop, I realized he was already drunk.
Advertisement
Advertisement

My hometown is ranked 54 out of 100 on the FBI’s Most Dangerous Cities list in 2019, and — based on violent crime statistics — is the most dangerous city in Texas. It is a well-known fact among our population of approximately 65,000.
By Anna Kate E. Cannon

My mother’s closet door is lined with metal, and there is a deadbolt that locks from the inside. To an extent, it is bulletproof.

The story goes as follows: The previous owners of our house, an older couple nearing retirement, installed the metal door and its deadbolt after a home invasion. The woman was home alone when a burglar entered the house in the middle of the day through a door left unlocked. The neighborhood felt safe — they assumed a thrown deadbolt was unnecessary. But after the invasion, it was no longer safe for them. They turned my mother’s closet into a makeshift safe room, one that I didn’t even know existed until I knocked on the door once at age 12 and asked why it sounded so hollow.

There was another home invasion many years later, when I was in high school. This time, it was a house down the street. Two men entered the home in the middle of the day through an unlocked door, and the homeowner hid in her closet alone. On the phone with 911, she tearfully begged them to hurry, because her dog –– a chiweenie named Pretzel –– was asleep in the middle of her bed and she didn’t want him to get hurt.

Pretzel slept through the whole thing.

Once we were assured that no damage was done, that no one (canine or otherwise) was hurt, the neighborhood got a kick out of the story. We laughed at Pretzel the chiweenie, at the stupidity of two robbers walking into a house in broad daylight. We laughed because we could –– because it did not happen to us.

I was able to laugh like this often as a child. My family had an alarm system that never went off, with a panic button that never had to be pressed. I rode my bike around the neighborhood alone at dusk, and the only thing I worried about on drives home in the early hours of the morning was that a wayward deer might walk out in front of my car. My friends and I drove around every part of town late at night, on unmarked back roads where you could go as fast as you wanted and spit gravel, through intersections where stoplights didn’t work, past houses with broken windows through which mysterious shadows moved.

In houses around town, there were shotguns in closets. There were pistols in glove compartments, and knives in back pockets. The National Rifle Association maintained a strong presence and told us that in order to stay safe, we needed to protect ourselves –– my town is full of “good guys with guns.” I learned to shoot a BB gun when I was six and went to the gun range for the first time with my father when I was seven. From time to time, he would take guns from our safe, where they lived behind six inches of locked steel, and clean them on the kitchen table.

When I was eight or nine, I rode my bike past a police car in the driveway of a run-down house a street or two over from mine. I had ridden past it countless times in the previous weeks, thinking nothing of the unassuming two-bedroom that sat far back from the road, its robin’s egg-blue face unlit and unmoving. A few days later, my mom told me not to ride my bike past there anymore. I didn’t know what a “meth house” was at that point in my life, so I continued to ride my bike past it anyway.

One time, two of my friends were sitting at a red light when a man in all red clothing pulled up alongside their passenger door on a bicycle. He had a red bandana around his neck –– the symbol of the Bloods, who, according to rumors at my high school, have a decent presence back home. When my friend noticed the outline of a handgun in the waistband of the man’s shorts, he accelerated through the red light so fast that he left rubber on the pavement. He retold the story several times, and we always laughed at the way he did it: comical, with his head thrown back and right foot flooring an imaginary gas pedal, mimicking the screech of rubber on the road.

We grew up around guns. But for my friends, there was a difference, something inherently more threatening, between a gun in a closet and a pistol in a waistband at 1 a.m.

My hometown is ranked 54 out of 100 on the FBI’s Most Dangerous Cities list in 2019, and, based on violent crime statistics, is the most dangerous city in Texas. It is a well-known fact among our population of approximately 65,000. A lot of the statistics refer to drug-related crime. We are one of the only larger cities on our stretch of Interstate 30 –– the only major stop for hours between Dallas, Shreveport, and Little Rock –– and our cradle at the intersection of Texas, Arkansas, Louisiana and Oklahoma makes us a prime conduit for drug trafficking. Multiple gangs claim territory in the area, and rumors float about white-collar crime that turns violent.

It is also a city where you can buy a gun at Walmart or Academy Sports. If you don’t pass the background checks, wait for the next gun show to come through –– there, you can purchase firearms with cash.

I went back home the summer after my freshman year, where I worked an internship and reconnected with an old friend. She was a girl that I had grown up with in that small-town way that kids grow up together –– tangential in each other’s circles, at one point growing closer only to inevitably drift apart again. Around age 16, we had stopped seeing each other without really knowing why.

Over that summer, we didn’t do much. We drove around backroads, watched movies at her apartment, and complained that there was nothing to do. After a year in Cambridge, nine-to-five monotony and an empty schedule were anathema; the boredom became heavy, and I felt as though I was stagnating among the memories of a childhood that had long since passed on. But being alone was worse than being bored, so even though I quickly grew tired of driving through backroads and watching movies and complaining that there was nothing to do, we continued.

On a particularly humid night in the middle of August –– one of my last nights in town –– she invited me to her apartment. After I get there, two of her friends came over, both a year or so older than us. One had brought a six-pack of Corona, and as he popped a bottle cap off on the edge of the formica countertop, I realized he was already drunk. My friend lectured him about drinking and driving while I watched the movie playing unnoticed on the television, not caring where the rest of the conversation went.

I do not remember which thread of conversation brought them to the topic of guns until I looked up from the movie when I heard my friend say that she had one –– a .22 pistol that her dad had bought her when she moved into the apartment, citing the need for self-defense as a 19-year-old girl living on her own. And it was somewhere in the next room.

Suddenly, the boys lit up, demanding to know the gun’s exact location with the excitement of a child demanding to know what’s inside a gift box under the Christmas tree. She laughed and refused to tell them, and after a minute or so of back-and-forth between the three, one boy darted to the bedroom and started to ransack her things, tearing open drawers and throwing bras and underwear onto the carpet in pursuit of the .22. As the boy on the barstool jumped up to follow, an empty Corona bottle wobbled and toppled to the floor. It shattered on the tile, flinging bits of glass in all directions.

I didn’t know then that that would be the last time I went over to her apartment. I don’t know what happened to the boy with the Corona –– if he drove home, or if he spent the night on the couch. I do not remember either boy’s name.

But I do know that I left without saying goodbye. I left with a sick feeling in the pit of my stomach, and I drove around in the dark for a while to get rid of it. I arrived home to a house that felt different than it had felt before I left for her apartment that night, and when I walked past my mother’s closet to get to the bathroom, my mind lingered on the metal door and the deadbolt.

I do not know if I was actually in danger that night. I just know that I no longer felt like laughing.