What the Hell Happened: CupcakKe Delivers an Emotional Goodbye as She Announces Her Retirement 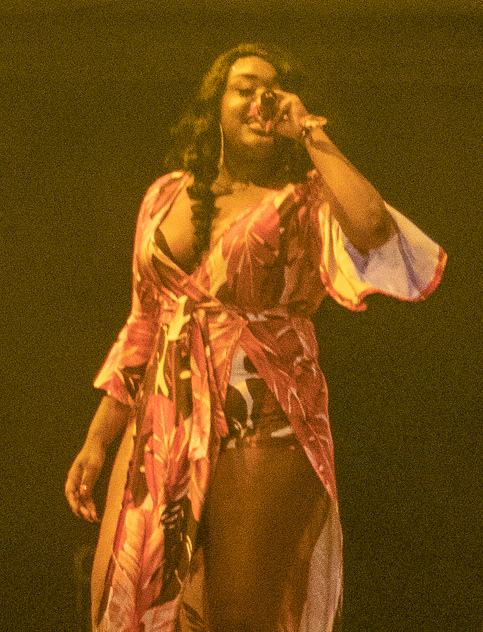 CupcakKe, who has risen to fame and popularity for her explicitly sexual lyrics, announced her retirement last week. By Courtesy of Wikimedia Commons
By Joseph P. Kelly, Contributing Writer

Elizabeth Harris, known by the stage name “Cupcakke” (stylized as CupcakKe) is an American singer, songwriter, rapper, and online philanthropist who hails from Chicago, Illinois. She is known for music that is audaciously sexual and vulgar.

After an unexpected public twitter rant — which has since been deleted — about music artists Camila Cabello and Shawn Mendes, CupcakKe took to Instagram to deliver the shocking announcement that she has decided to retire from music in the form of an almost 19-minute live video.

Through tearful eyes, CupcakKe explains that she was “torn apart” seeing young kids in her audience singing along to her vulgar lyrics, she explains —finding trouble to speak in the midst of her tears — that she’s “corrupting them with my songs.” She says she is sorry to let all her fans down and that this is not a publicity stunt to “get streams” on her albums. To further prove that this is not an outcry for attention, she explains that all her albums are coming down soon.

CupcakKe also describes the pressure of rapping about sexuality while not conforming to society’s traditional standards of beauty, and how difficult it is to hear people call her overweight and not representative of the beauty and sexuality that her songs display. She later explains that even if she “change[s] the content — with me being my size, no one will support me.”

Many of the comments on her Instagram video critique the announcement for being abrupt and surprising. She was in the midst of a tour called “The $10k Tour” that she explains will be cut short because of her retirement. Indeed, this announcement came on September 22, 2019 — just eight days after performing at Boston’s Paradise Rock Club on Sept. 14 as the headliner on her tour, as well as making a stop at Princeton’s “Lawn Parties” on Sept. 15 — their “Yardfest” equivalent.

As of now her Instagram account has been deactivated, and although her Twitter remains active, she hasn’t posted anything since the video went live. Her music is still live on streaming platforms and her music videos are still up on Youtube.

It’s unclear what exactly prompted this. It could be related to the spotlight that was placed on her for attacking the hugely popular Camila Cabello and Shawn Mendes, but even her most active followers felt that the announcement came out of nowhere.

Although CupcakKe is retiring and supposedly not releasing any new content, she left her mark in music and potentially society at large. Her songs were generally viewed as comedic for their excessively sexual nature, but she was able to express sexaul progressiveness, openness, and body positivity through them. She may see her lyrics as corrupting, but in many ways she was able to relate the message of an important dialogue: how sheltered we are from conversations about sex and the self-expression of body language. Perhaps her overtly sexual lyrics were able to bring attention to society’s fears and discomfort around the language of sex. She may have been able to impact younger generations’ attitudes towards sexual positivity, causing them to wonder why we are so embarrassed when discussing these topics, and hopefully leading to more comfort around their discussion.