What the Hell Happened: Taking ‘Downton Abbey’ to the Big Screen 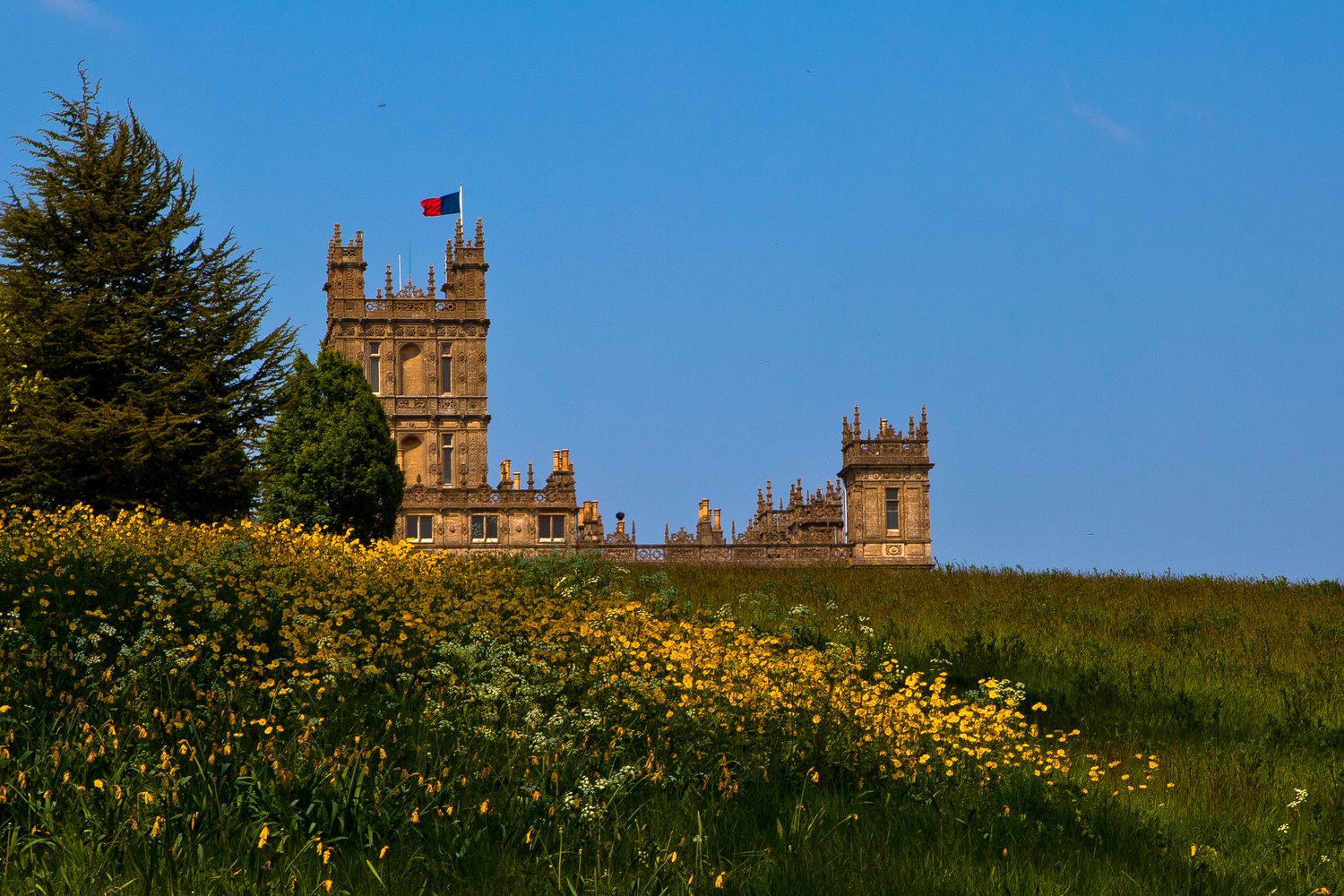 There is a new, filmic addition to the "Downton Abbey" world. By Courtesy of Wikimedia Commons
By Ajay S. Sarma, Contributing Writer

Sept. 20 saw the opening of the “Downton Abbey” film to much fanfare, including a $31 million opening weekend. After a six-season run that spanned from 2010 to 2015, viewers were simply too attached to the aristocratic Crawley family and their servants to let things end with a series finale. The movie serves as a 122-minute long excursion for audiences, back to the sparkly version of interbellum England created by Julian Fellowes as Downton Abbey — the titular estate — prepares for a visit from King George V and Queen Mary.

This all seems very nice, especially for fans who have been starved for nearly four years. In the world of “Downton Abbey,” there is little that merits as much pomp and extravagance as visiting royalty, so the film seems to be the perfect way for fans to revisit the world they love so much. And yet, it is also worth considering how well this TV show translates to the big screen.

There are 52 episodes of “Downton Abbey.” Each episode runs slightly over 45 minutes, with the season finales running over 90 minutes. This means that the movie’s run-time is almost comparable to that of a typical season finale. The difference is that where the season finales represented the culmination of hours of character development, the movie does not. Add this to the fact that, by the series’ end, there was a main cast of about 20 characters; the result is… confusing.

How could the movie expect to accomplish the same level of plot development that the television series did, in a fraction of the time? A valiant effort was certainly made to give the beloved, but incredibly large, cast of characters each their moment to shine. But very few legitimately had any direct relevance to the plot. The cast rotates in and out of the audience’s periphery, in a sort of pre-WWII English pageant — save a few exceptions. These are Joseph Molesley (Kevin Doyle), the valet-turned-footman-turned-schoolteacher-turned-footman-again who serves as much of the film’s comedic relief and Thomas Barrow (Rob James-Collier), a formerly-villainous under-butler who receives a love interest and the dalliance he was denied during the series on account of being gay. Anyway, even events like attempted assassinations are glossed over quickly to move to the next item on the agenda.

There is also the addition of new characters, some of whom are given more time than members of the series cast. The audience is simply expected to the same level of emotion and connection at seeing these characters that they do for the main cast. Yet, they have only entered the world of “Downton Abbey” as a form of narrative contrivance, as part of this plot that exists independently of the rest of the world. They have not been a part of the lives of viewers for six years.

Of course, “Downton Abbey” is not the first television show to attempt this transition to the “big screen.” And, for better or for worse, it likely will not be the last. “The Addams Family” saw mild critical success but grossed over $191 million worldwide with a production budget of $30 million. The “Sex and the City” film opened to a more tepid reception, and still managed to be the most successful romantic comedy of 2008. Just one week after the Crawley’s estate made its comeback in American movie theaters, its revenue more than tripled its production budget.

The critical response also does not appear to be overly critical. And, in all honesty, as I left the movie theater after two hours surrounded by sheer opulence and high-society melodrama, I did feel a certain sense of contentment. Not because I felt I had gained a new perspective or some massive plot-hole had been filled in. Rather, it was the simple contentment that accompanies seeing old friends. It is the reason why TV shows trouble with the journey to movie theaters in the first place, or why Disney has decided to create live-action versions of animated classics: Hollywood knows that it can turn a profit from nostalgia.

Perhaps cinema as a whole is entering an era where nothing truly ends. I cannot say with certainty that there will be another “Downton Abbey” movie, but I would not be surprised if there were. So long as there is money to be made, there will be people making the movies. As someone who enjoys artistry in filmmaking, the thought of a franchise-driven movie culture is disappointing. But, as a Downton-phile, I would not mind a sequel.