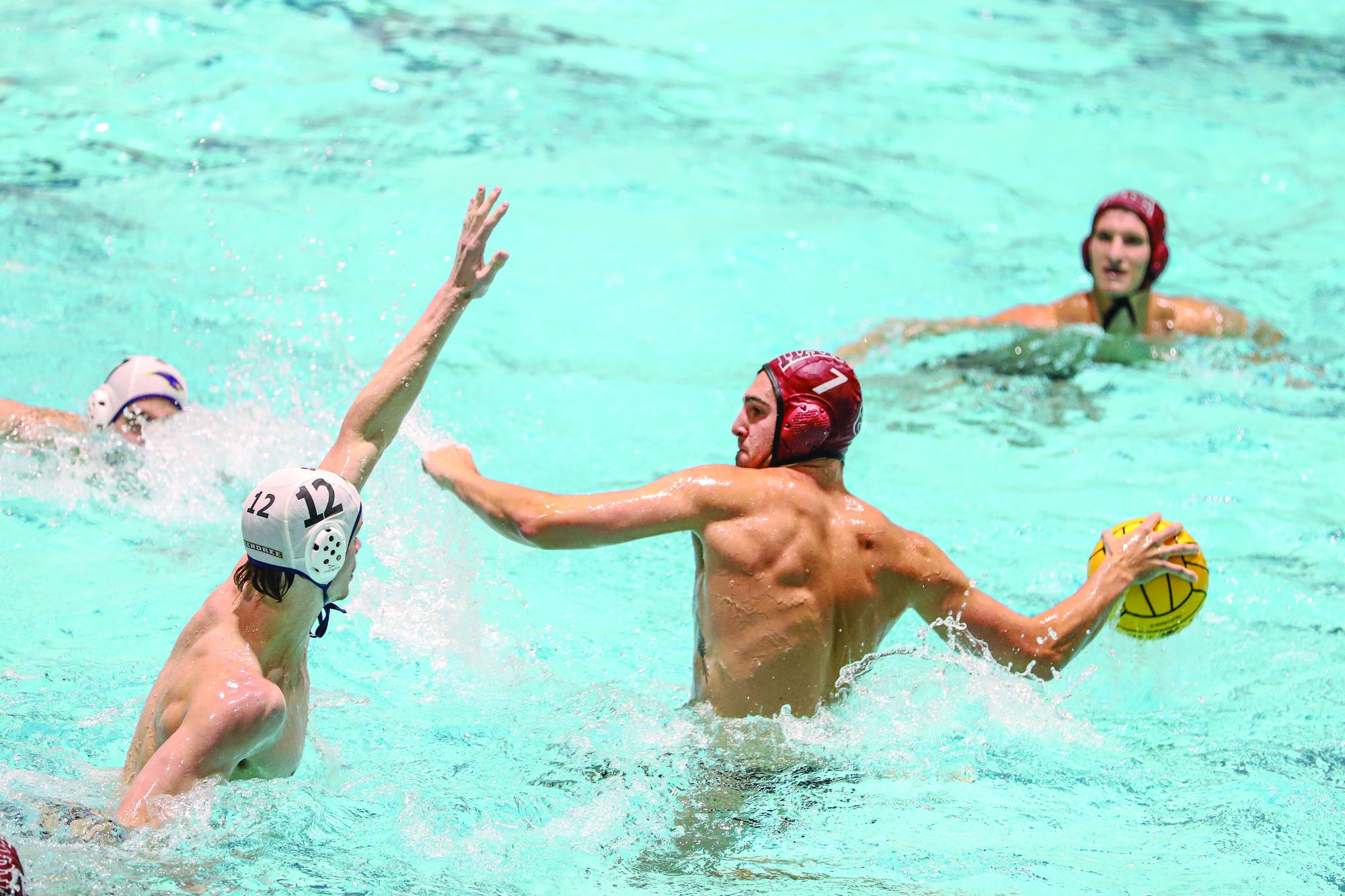 No. 12 Harvard men’s water polo (12-0, 3-0 NWPC) stacked up three more wins this weekend as it opened conference play. In other news, water polo is played in a pool.

With results coming in like a broken record, it was only a matter of time before the Crimson started breaking records, and the squad did just that on Sunday, setting a new program mark for consecutive victories.

This is the third weekend in a row that the team has posted at least three victories.

Against Princeton, the Crimson got off to an uncharacteristically slow start, trailing 3-2 after one quarter.

But a converted penalty shot from sophomore attacker Alex Tsotadze less than thirty seconds into the second frame knotted the score at 3-3, and for a while the game was a see-saw affair.

The Tigers snatched back the lead to open the second half, but sophomore attacker Michael Sonsini brought the score back even, and then junior attacker Dennis Blyashov put the Crimson ahead for good.

The Carlsbad, Calif., native had three goals in the game, including Harvard’s twelfth and final tally.

With three goals of his own, captain Charlie Owens joined Blyashov in spearheading the attack.

The Crimson is now 5-0 at Denunzio Pool, having won all four of its games there during the Princeton Invite a few weeks ago.

The St. Francis tilt also got off to a rocky start, but for a different reason, as a scoreboard malfunction caused a brief stoppage of play early in the first quarter.

Immediately after play resumed, Tsotadze fired in a penalty shot into the right side of the net to put Harvard up 1-0.

After the Terriers scored their first goal, Dennis Blyashov put away two goals and assisted on a third to freshman center Kaleb Archer to give the Crimson an advantage it would never relinquish.

Blyashov finished with eleven shots and five goals on the game.

Tsotadze also had a big day, recording five goals, including one beauty in the second quarter off of a goalie assist.

After Sechrest knocked away a St. Francis shot, sophomore standout Noah Hodge alertly found Tsotadze at the other end of the pool with a long lob, and the Menlo Park, Calif., native did the rest, slipping the ball past the Terrier goalie to make the score 9-5 in Harvard’s favor.

When the final whistle blew, the Crimson held a 17-15 lead, and the team swam into the record books.

The Iona matchup was less tightly contested than the first two games of the weekend, as Harvard outscored the Gaels in every quarter and cruised into the win column once more.

Tsotadze led the team with five goals, Owens had four, and Sechrest and Archer poured in three more each to lead the Crimson’s offense.

Hodge racked up 14 saves to push his weekend total to 35, and junior Oliver Oz had three in a strong relief appearance.

Harvard had nine steals against Iona.

Tsotadze was the scoring leader on the weekend, with 11 goals.

The Crimson will be on the road again next weekend to face off against Brown and MIT.