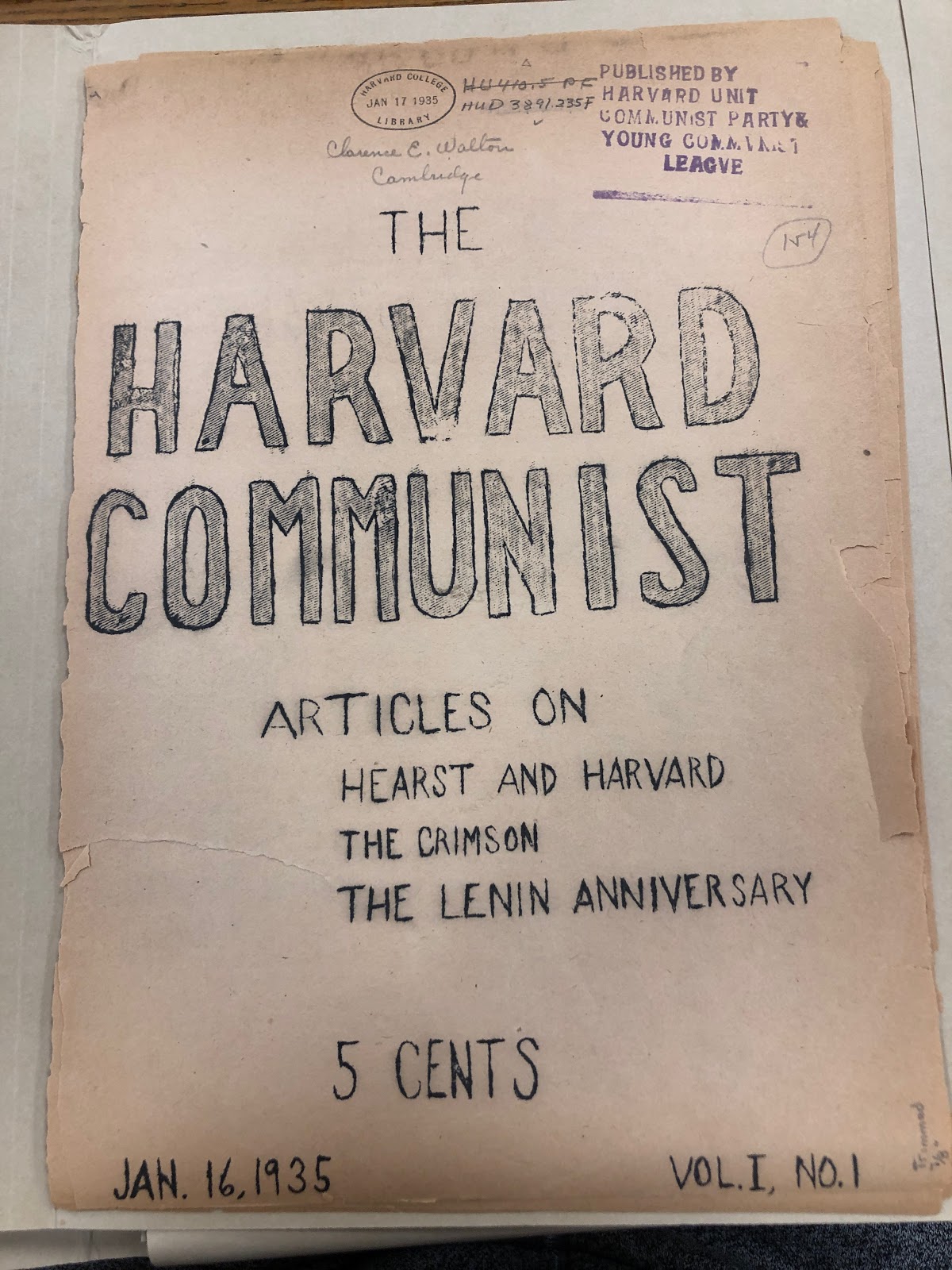 Getting a Good Marxist Education, According to Harvard Students

The Harvard Communist was published by Harvard’s Youth Communist League in the 1930s and 40s. While the publication initially served as a platform for communist ideologies, it later transitioned into a collection of succinct news items, informed by communist analysis.
By Tzofiya M. Bookstein and Alexandra N. Wilson

In the midst of Cold War tensions post-World War II, the poet Langston Hughes caught the attention of the FBI for his left-leaning work. The FBI, suspicious that Hughes had communist ties, compiled a lengthy file on him. That file — now available in the Harvard Archives — contains a photocopied title page of a student publication: “The Harvard Communist.”

The Harvard Communist was published by Harvard’s Youth Communist League in the 1930s and 40s. While the publication initially served as a platform for communist ideologies, it later transitioned into a collection of succinct news items, informed by communist analysis.

The Harvard Communist first appeared on Harvard’s publication scene in 1935, approximately one year after Harvard’s YCL was founded. The Youth Communist League USA was founded in Berlin in 1919 and came to the United States in 1922. Before the group made its presence known on campus with a magazine, it was a secret club. The group did not believe that its secretive nature made it “unusual” on campus, for there were other “secret clubs.” It existed covertly merely for “practical reasons.” 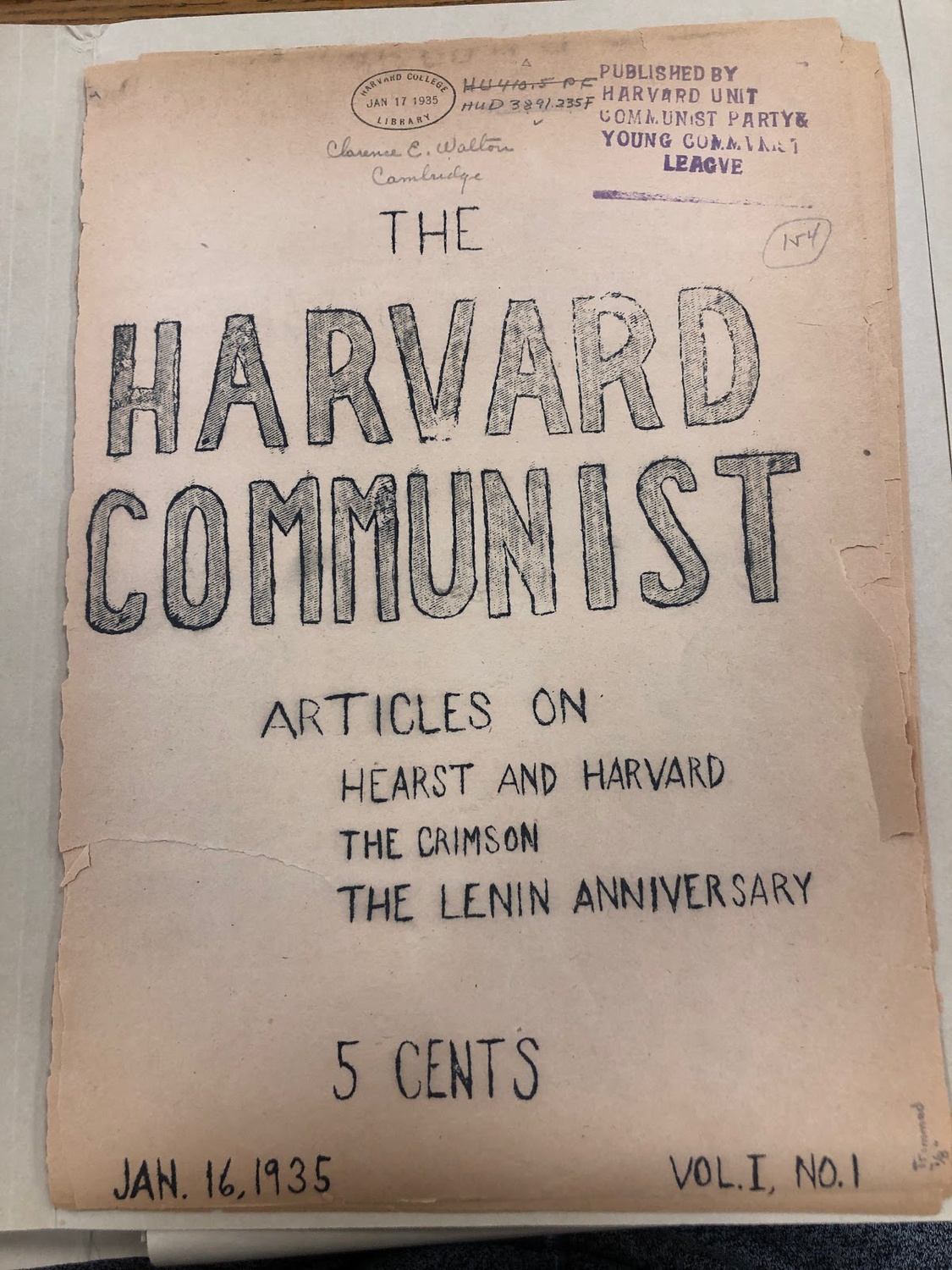 An old cover of The Harvard Communist. HUD 3891.235. Harvard University Archives. By Courtesy of Harvard Archives

At that time, the open expression of communist, or even radically liberal, views could potentially lead to investigations. The House Un-American Activities Committee was formed in 1938; later, hearings and blacklistings could put one’s future in jeopardy.

The Harvard Youth Communist League likely viewed its secrecy as necessary for preserving both the YCL’s reputation and its own.

But, in the April 1937 Harvard Communist issue, the YCL nonetheless proclaimed itself the “finest” club on campus, citing its dedication to the working class.

The article, “The YCL at Harvard” described the League’s broad purpose and goals. To summarize them, they inserted a quote from Lenin, which stated that in order to be “a real Communist,” one must receive a “Communist education.” Such an education promotes directing “one’s work, one’s strength to the common good.” The YCL interpreted this statement as a call to unite students in order to achieve peace and progress, abandon discrimination and prejudice, and ensure that their peers receive a “truly liberal” education.

Members of the YCL envisioned this education as one with extreme respect for Communist philosophy — “the highest and most advanced development of human thought, being true scientific methodology applied especially to the social sciences.” 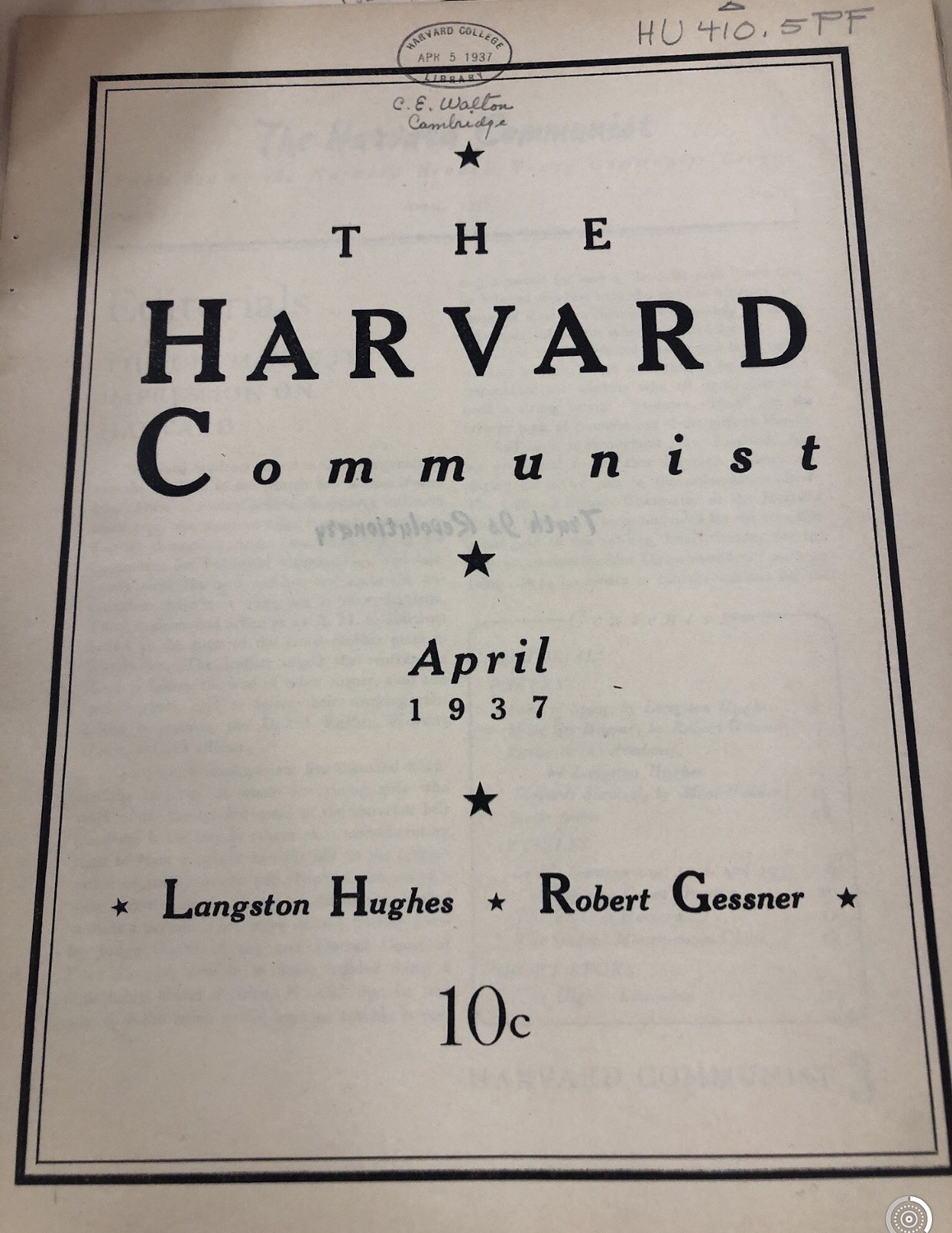 Harvard’s YCL members studied not only to become good Harvard students, but to become true Marxist scholars. “At Harvard then, we are a university within a university,” they wrote in the pages of the Harvard Communist. They were on two simultaneous academic missions: one within Harvard, and one within Marxist studies more broadly.

Those two “universities” were not always harmonious. The first two editions of the magazine criticized Harvard, stating that Harvard’s system of tuition and scholarships is designed to “seduce the more capable minds of the lower middle-class and proletariat into supporting the capitalist class.” The students from lower and middle classes need to have a greater intellectual ability to gain admittance, the magazine stated, and then face “a disadvantage scholastically with those who do not need to work.”

The second edition of the Harvard Communist continued this complaint in the form of a dreary short story. The main character is a bright worker who gives up an intellectual future at an unnamed university because of the insurmountable tuition.

The Crimson satirized the fledgling publication after the editors printed their second issue in 1935 with lines such as “unfortunately grammar gets the better of the writer” and “the sensational publication soon dips into discussions of events of world-shaking importance."

However, the YCL would eventually turn away from long magazine issues to short news bulletins. On December 4, 1939, the League took a distinct anti-war stance.

A simple, single-page leaflet titled “What’s behind the news?” ends with a dramatic exclamation: “AMERICAN PRO-WAR GROUPS ATTEMPT TO WHIP UP WAR HYSTERIA IN ORDER TO INVOLVE THE UNITED STATES IN THE EUROPEAN CONFLICT…. IS THIS NEUTRALITY? IS THE U.S. HEADED TOWARD WAR?”

Once Japan declared war on the U.S., the YCL’s attitude toward the war completely changed and it began inserting headlines such as, “Attack Hitler Now! Open A Western Front In Europe!” 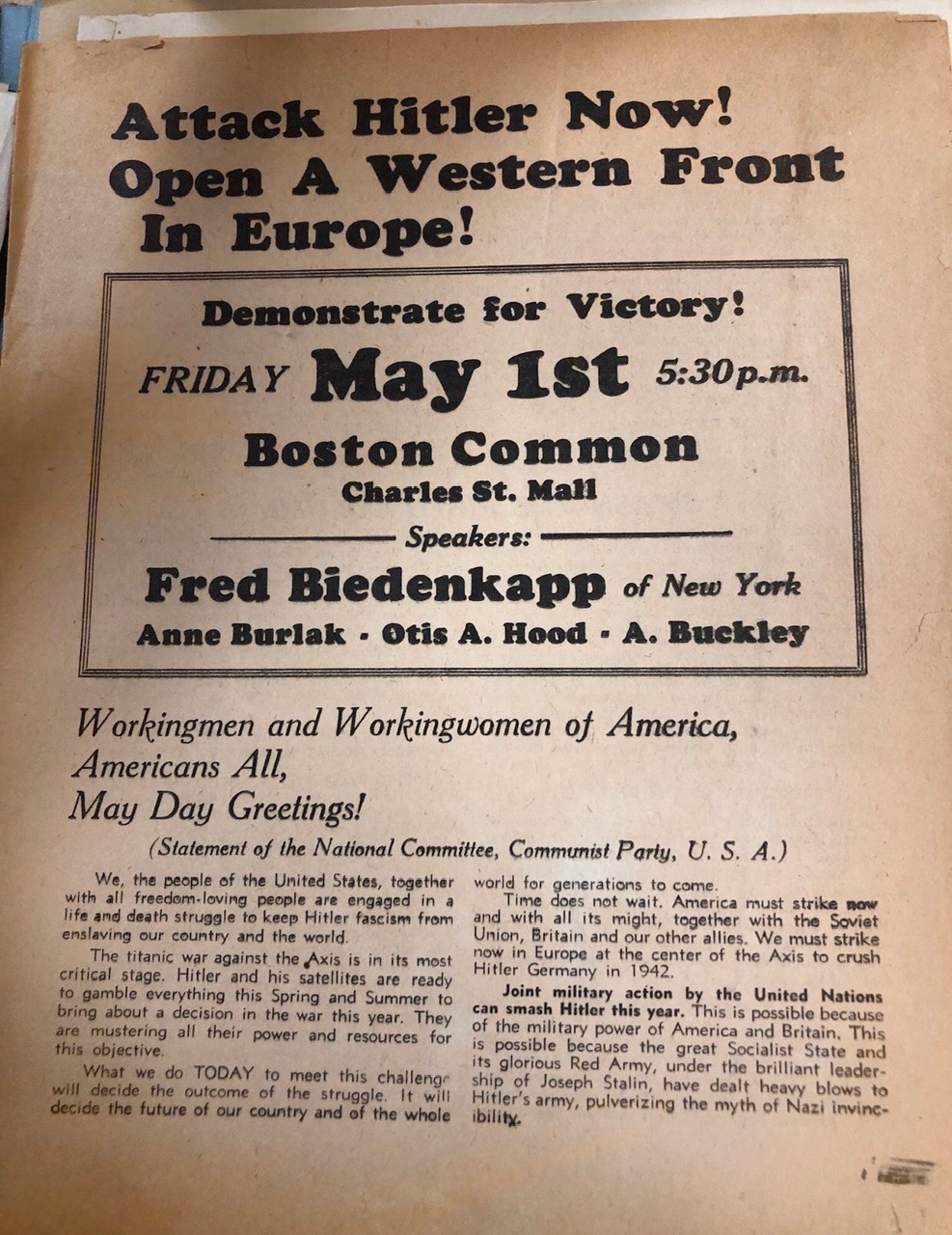 It began taking an anti-fascist and incredibly patriotic stance. The group pledged full support to the government, committing itself to “join with all loyal Americans in pledging our unqualified support to any steps our President and Congress may take to meet the crisis.”

The YCL made multiple comments about how “real” Americans supported government during the pressing time that was WWII.

Decades later, this was the polarizing rhetoric that would be used against communists in the midst of the Cold War. But by then, the Harvard Communist had ceased its publication.