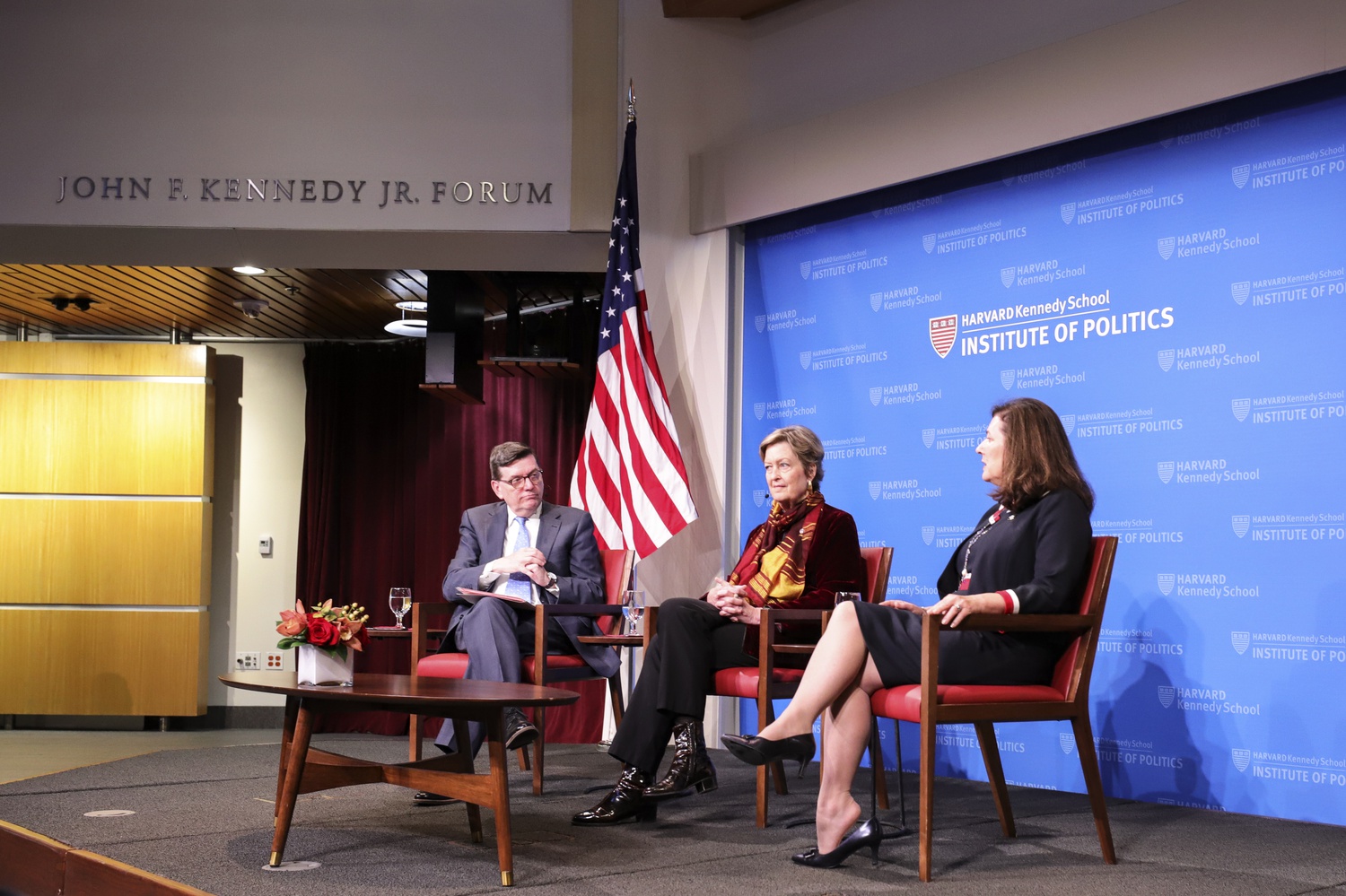 Director of the Peace Corps Jody Olsen and Barbara Stewart, chief executive officer of the Corporation for National and Community Service said at the John F. Kennedy Jr. Forum on Friday that increasing Americans’ awareness of service opportunities is critical to expanding public service.

Moderated by Mark D. Gearan ’78, a former director of the Peace Corps and the current director of the Institute of Politics, Stewart and Olsen each spoke about how they began their journey in service. Stewart credited her mother for instilling in her the inspiration to volunteer. Olsen’s journey began later in her life, when she heard about the Peace Corps during her junior year of college.

Stewart said that 75,000 Americans serve in AmeriCorps, a voluntary civil society program under the CNCS, each year, and approximately 77 million Americans volunteer within their communities. Still, both Olsen and Stewart acknowledged that there is room for more service.

The duo also discussed how the benefits of participating in service are often underestimated. Stewart cited advantages such as gaining practical skills that employers seek, as well as developing personal growth and rediscovery of service members’ identities.

Stewart also discussed the impact public service participation would have on stitching current political divisions in the country.

Olsen also referred to the specific impact that colleges like Harvard can have on spreading the ideals of public service.

“I think that it is so important for universities, colleges — Harvard, which is, as usual, setting up a first step for a lot of other universities to follow — … to really say, strongly, the importance of service and to provide the space as part of the curricula to serve,” Olsen said.

Brinkley L. Brown ’21, a member of the JFK Jr. Forum Committee who attended the event, said that the talk affected her thoughts on pursuing public service in the future.

“I’m a junior and I’m thinking about post-college plans, and I know for sure that I’m definitely not going to more school immediately after graduating. And Peace Corps and public service is definitely something that I’m heavily considering and this only reaffirmed that belief,” she said.

Esteban Morales Herrera, a member of the Kennedy School’s Emerging Leaders program who also attended the event, noted that expanding public service can have a positive impact on the world.

“I think it could be a really good impact because all of us are young and we have the desire to change the world. And we have always that question: ‘What do we want to make to make a better world?’ And we have these kinds of specific realities,” Herrera said.