In ‘Symphony No. 3,’ Saint-Saëns Journeys to the Page With Mixed Results 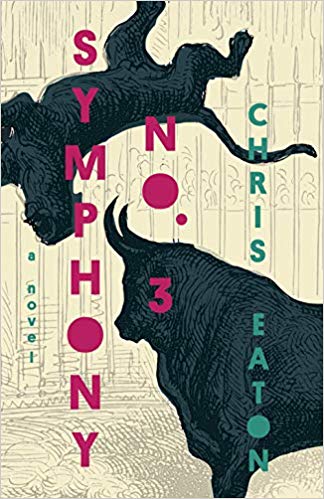 There is an enigmatic quality to classical composers that seems fodder for storytelling in all its forms: From Mozart’s life sprung Peter Shaffer’s play and film “Amadeus.” From Shostakovich’s grew Julian Barnes’s novel “The Noise of Time.” It is in this tradition that musician-author Chris Eaton takes up the life of Camille Saint-Saëns, the 19th-century French composer of “The Carnival of the Animals” and “Danse Macabre.” His novel, “Symphony No. 3” (named for Saint-Saëns’s work of the same name), is based on Saint-Saëns’s biography, but does not hesitate to venture beyond it. Eaton starts with the historical record, but transposes and alters it with his imagination. What emerges is a narrative that takes Eaton’s voice and moves at his direction.

Through the eyes of Saint-Saëns’s fictional twin brother, Eaton brings the reader on a journey from Saint-Saëns’s childhood to old age. Set in four symphonic “movements,” the story follows a sweeping arc. Saint-Saëns starts as a restless child prodigy and grows into a prolific and cherished composer entrenched in the circles of the French elite. Despite his professional success, Saint-Saëns’s search for love is a tumultuous odyssey. He finds love and then loses it, which opens a consuming and tormenting void. Saint-Saëns’s attempt to fill that void sends him on a wandering, cross-continental voyage.

A novel spanning such spatial and temporal distances, prodding such emotional depths, requires a coherent and compelling narrative to be its backbone. Yet this narrative, while chronologically straight-forward, often struggles to find its way. The plot jumps from place to place and event to event with incredible frequency. Saint-Saëns goes from home to the music conservatory and back, from Paris to Algiers to Spain to Argentina. There are so many fights and deaths that it can become difficult to ascertain what is significant and what is not. In this way, the central arc of Saint-Saëns’s story does not come to the fore, but rather struggles to distinguish itself from the more mundane elements of the novel. By lack of contrast, a potentially stirring storyline where love and loss reign supreme loses its luster.

The multitude of characters does not help the book’s cause. The focus is intended to be on Saint-Saëns and his emotional journey, but too often the voices of other characters seep through. With Berutti, Franck, “the Heiress,” and more, there are almost too many characters involved. It is difficult for characters to distinguish themselves from others, and Saint-Saëns himself sometimes gets lost amid the many voices.

But in some ways, what is this novel’s shortcoming is also part of its charm. On the page, the great figures of the era come together Saint-Saëns mingles with the French painter Gustave Courbet, or the Argentinian writer Leopoldo Lugones. One can envisage how these artistic giants might have interacted, and here, Eaton’s imagination shines through.

Eaton’s imaginative thinking also emerges through his varied prose. Some parts are rendered as a clear and uncomplicated narration, while others are given in sharp dialogue (“Do you think you knew him? / I did know him. / Perhaps my French is confusing. / It’s not confusing.”). Others still take the form of a stream-of-consciousness monologue. The book opens with the words, “Some creatures don’t deserve to live,” and proceeds to explain this statement in a nearly two-page sentence. Such constructions can be exhausting and are sometimes oddly written (“He wrote a piece that was an asteroid on a collision course…”). But Eaton’s blending of different forms leads to a diverse palette of colors that communicate with the reader in bold and interesting tones.

Eaton also provides wide-ranging commentary throughout the novel. He is fond of communicating this less through the novel’s development and more through conversations between the characters and long monologues. For instance: “What can you learn from happiness? Nothing. It is only through grief and strife that we emerge transformed. It is only through grief and strife that we find life.” As perhaps this example indicates, these broad philosophical statements can feel like platitudes. More intriguing, however, are statements that, were they not set in this novel, would seem to be referencing today. “But to win a crowd is not so great a trick,” Saint-Saëns says. “One only needs a modicum of talent, a certain dose of untruth, and a small acquaintance with human passions.”

“Symphony No. 3” thus emerges with moments dull and dry, as well as moments interesting and imaginative. As purely an exercise in storytelling, the novel is disappointing, leaving one feeling much potential is left untapped. As an art form and a commentary, however, the novel is impressive, filled with diverse, imaginative prose and grounded in a connection to today. For those to whom such writing appeals, perhaps Saint-Saëns may come to life once more.