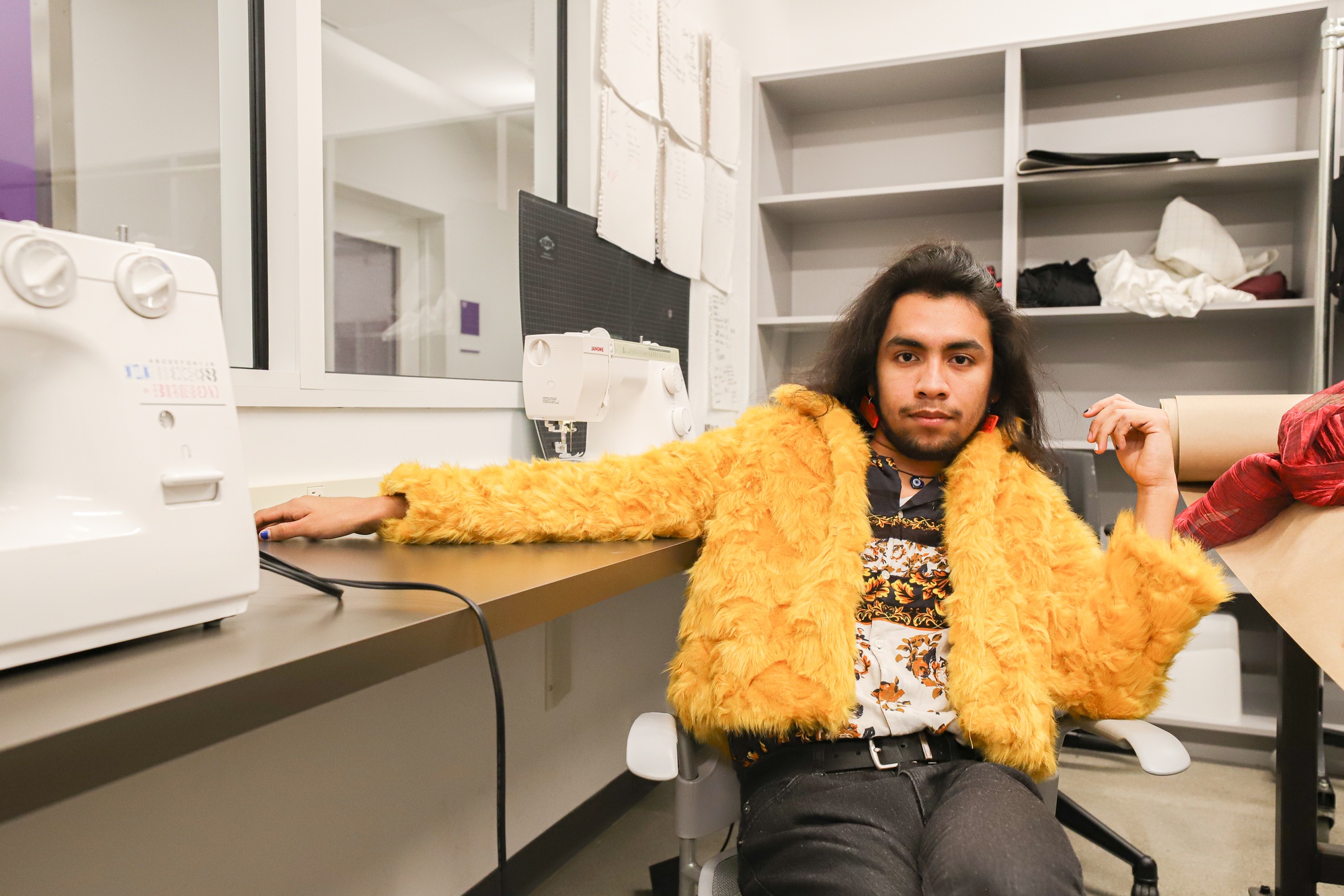 “In all of my art,” Abraham E. Rebollo ’20 says, “I pay homage to the Mexican revolutionaries who came before me.” By way of explanation, Rebollo adds that they recently created a costume in celebration of the adelitas, an archetype of Mexican women revolutionaries.

“I picture this character,” they begin, staring off toward a far corner of the pale yellow dining room of the Signet Society, where we sit. I follow their eyes in an attempt to see what they see, and I begin to imagine the costume they describe, one of many they’ve made during their time at Harvard. “She finds that there’s a new sort of revolution that needs to take place.”

The last time that Rebollo visited Mexico, though, they were just three years old. Rebollo has memories from this time of traveling back and forth by plane between their home in Texas and the country from which their parents emigrated.

Their parents were undocumented at the time, and 9/11 effectively ended these trips. With the creation of the Department of Homeland Security and U.S. Immigration and Customs Enforcement (ICE), the law enforcement agency with the power to deport and detain people inside U.S. borders, the mechanisms of immigration enforcement mutated. 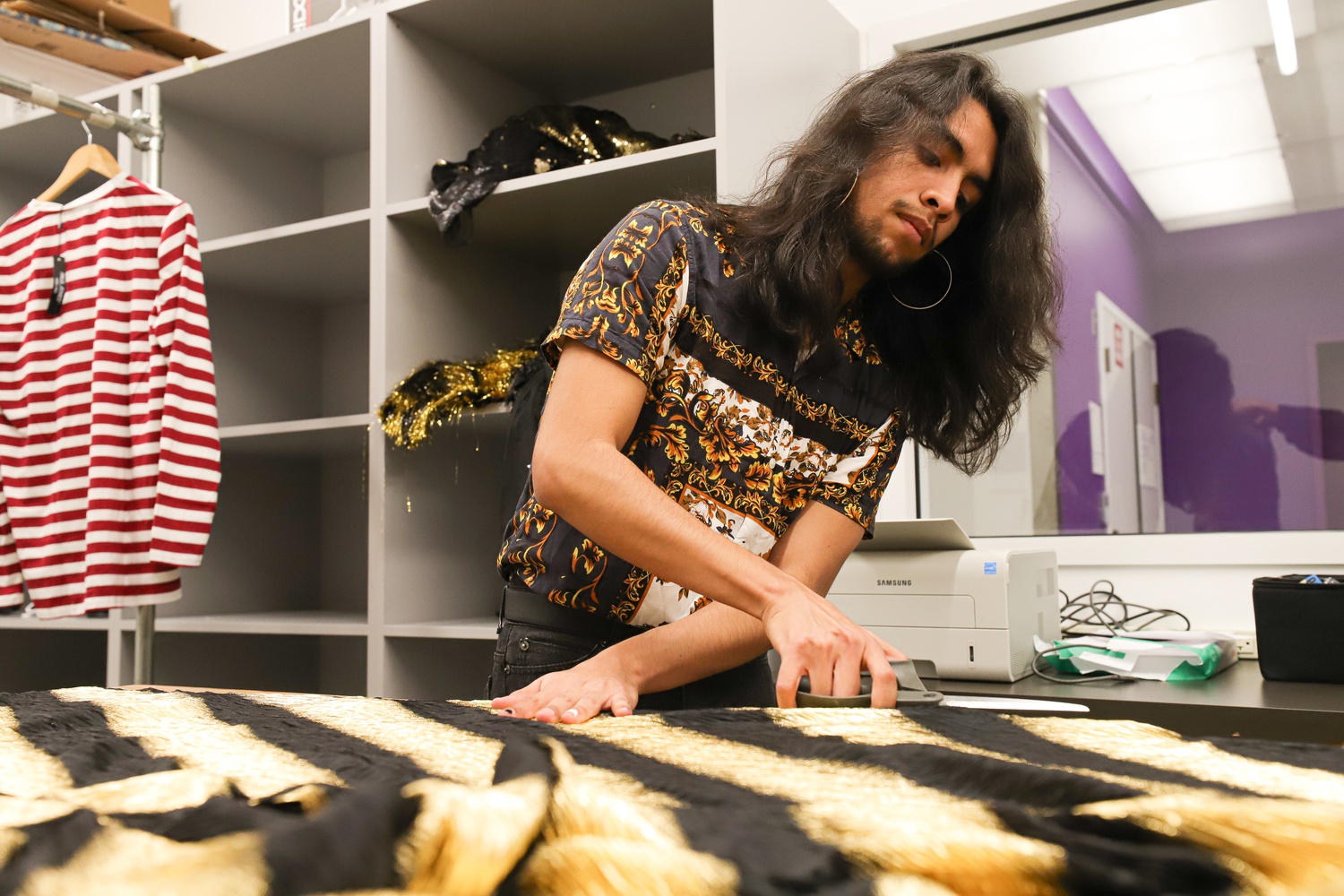 In some ways, Rebollo says that their “little sleepy small town” of around 13,000 might have helped protect their family. Located just three hours north of Houston, the heightened immigration enforcement typical of big cities often felt distant. But they recall sometimes feeling fear — like the time in fourth grade, driving to school with their parents, when they saw an immigration van parked outside the town courthouse. Or when they’d pass the police and their parents would tell them: Don’t look back, don’t stare, sit up, wear your seatbelt. If the police stopped them, they had the power to check Rebollo’s dad’s documents — the absence of which would lead to deportation. (After over twelve years of trying to obtain legal status, Rebollo’s father was finally granted legal residency two years ago. Just this past summer, their mother also gained legal residency.)

“The fear that I felt was very much at any moment, my life could fall apart here in the United States,” they tell me.

Rebollo’s family’s immigration story has shaped their experience at Harvard just as profoundly as it did their childhood. Since coming to campus, they have funneled many of their reactions through art. In 2017, they created an adaptation of “The Trial” by Franz Kafka upon seeing their parents’ experience with the immigration system mirrored within the text. Referring to both the novel and their undocumented experience, they reflect that “it's just an impossible system to deal with. It’s to the point of insanity of having to try so hard to get any sort of help for your situation and to constantly face new roadblocks,” they say. At the end of their adaptation, an immigrant rights activist is arrested and executed by immigration agents.

While Rebollo has more written pieces in the works, their primary artistic endeavors at Harvard have been in costume design. Regardless of the medium, Rebollo says that they relate everything they create to their heritage.

For the adelita costume they described, Rebollo created a brown twill skirt encircled with the Mexican flag and white lace frill. “She’s very much a manifestation of what I desire to see and what I desire to be,” Rebollo explains. For every costume Rebollo makes, real people and parts of their culture often provide the inspiration. 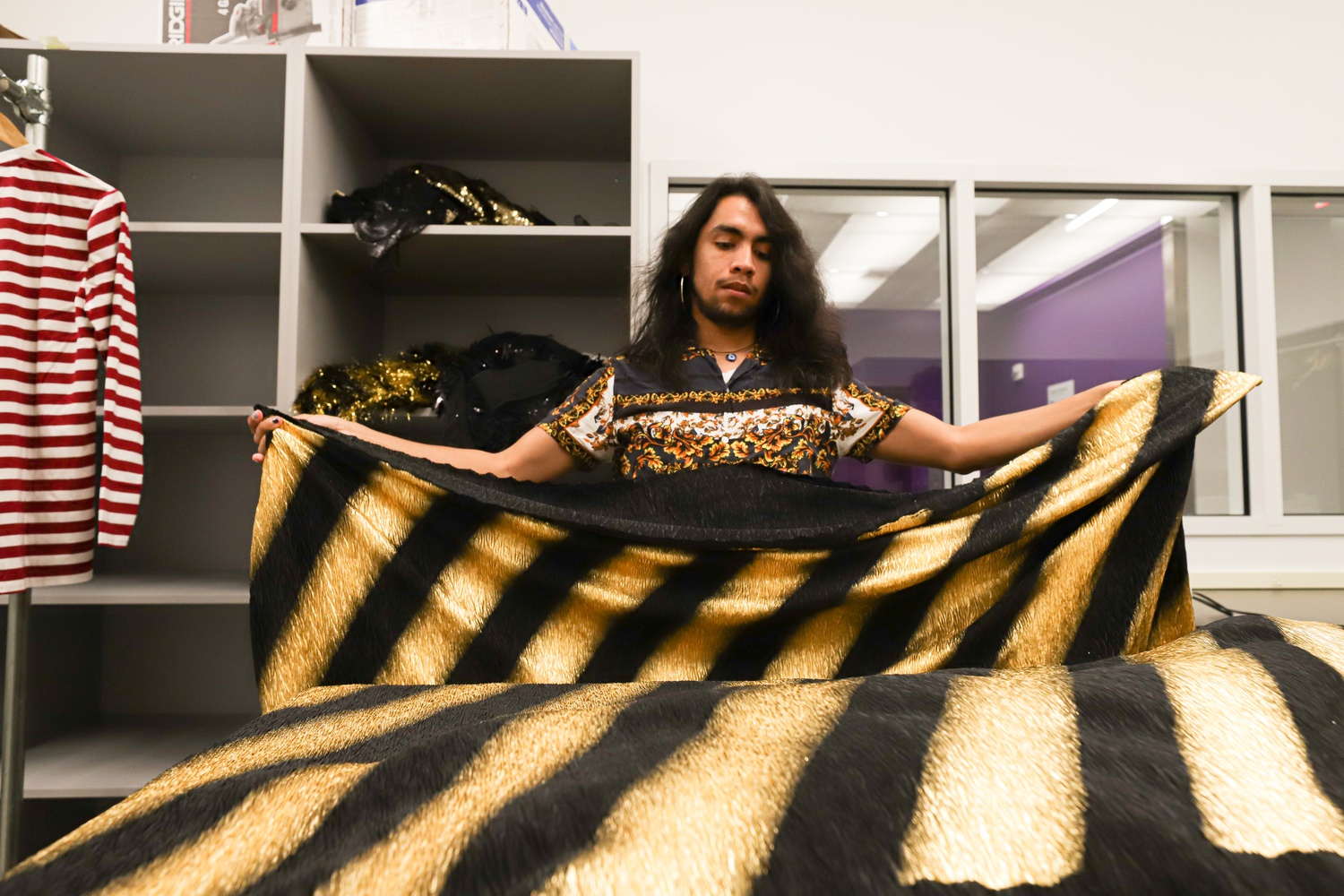 Last fall, Rebollo costume-designed a production of Mr. Burns, a Post-Electric Play, a show about a post-apocalyptic world in which an episode of The Simpsons is performed live across generations, mutating as decades change amidst near-extinct human culture. Rebollo created costumes for characters that reflected ICE, Mexican cartels, and Spanish colonists as intertwined colonial forces.

The past summer of high-profile immigration abuses at the border reignited their passion to demonstrate for immigrant rights, often in conjunction with Act on a Dream, they explain. Just before our meeting, Rebollo had attended a demonstration against The Crimson criticizing its policy of calling ICE for comment.

After traveling home, Rebollo hopes to return to Boston, maybe to perform or design. In the future, they’d like to attend graduate school for education and eventually teach theater to high school students. To Rebollo, young people seem more empathetic — maybe because “they see a world in collapse,” they ponder aloud. Either way, Rebollo hopes to help people foster this mindset: “The world is in danger; what can I do to change it?”