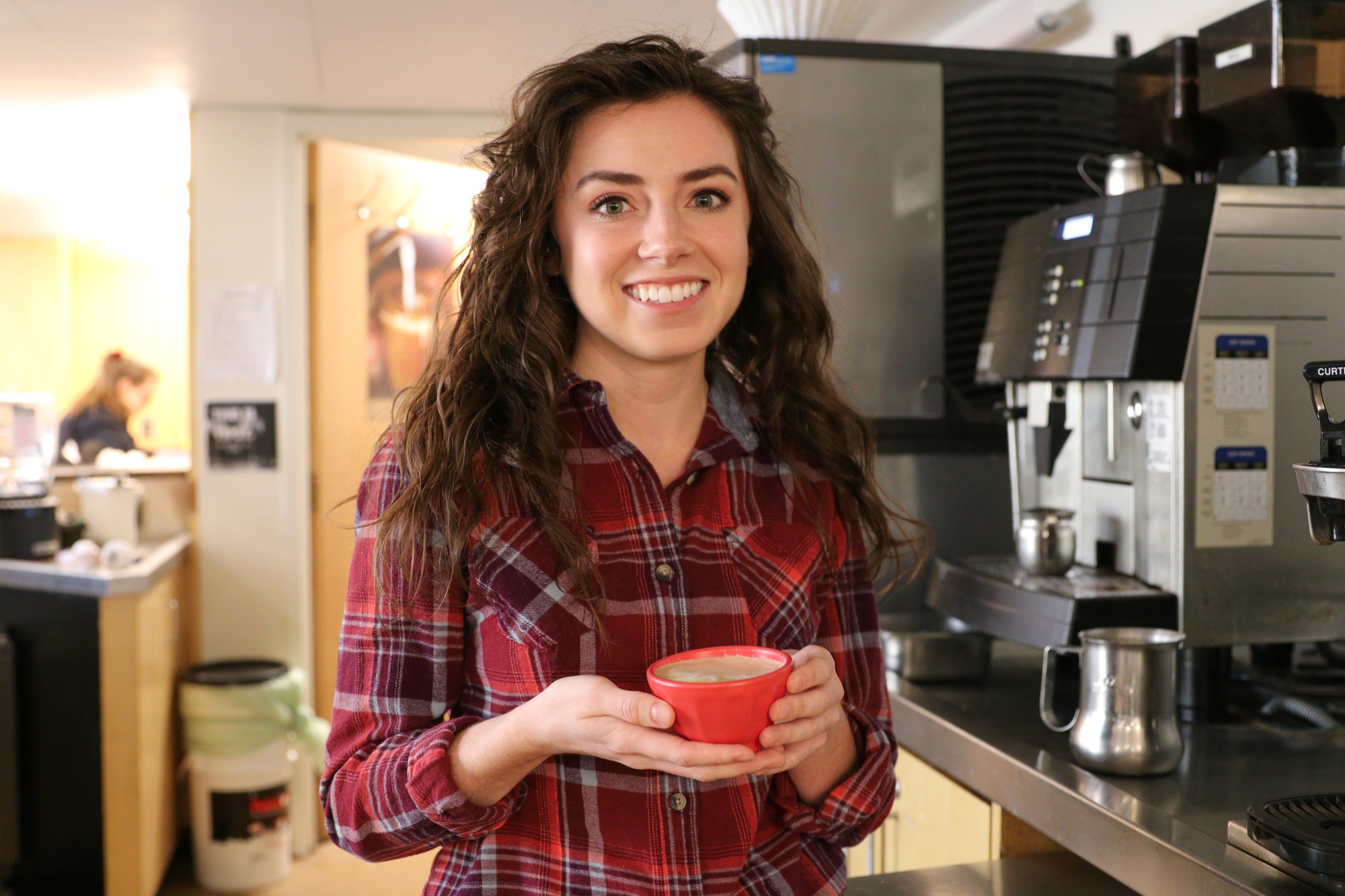 Emilee A. Hackney ’20 just wants to go home. On a campus where every other senior is buzzing with after-college plans, Hackney is “counting down the days” until she can return to Tazewell, Virginia, the “really small coal farm town” in Appalachia where she, her family, and eight generations before them grew up.

People at Harvard are often confused about why she wants to return home, she says, when Harvard is so full of “opportunities” — interesting people and places and things. “People are always like, ‘You’re going to do great things,’ you know, there’s this pressure to get rich and famous or something,” she says. She does think she might return to the Northeast someday, maybe for a higher degree. But all of that is for the future.

Hackney grew up within 15 miles of her entire extended family. During her childhood, she wrote — she still remembers penning her first story in preschool about a lamb — and spent time with her family. She was raised Pentecostal, and in high school, she got engaged to the person she had been dating since she was 14. “We went to church together. I could speak in tongues. It was the craziest — it wasn’t crazy; I don’t want to say it was crazy,” she says, looking out over Harvard Yard from our table in Lamont Café. Sunlight spills onto her face. “It brings a lot of people comfort. I believed in it for a very long time.”

After high school, Hackney attended Southwest Virginia Community College for two years. She took some pre-med and business classes, trying to figure out what she wanted to do, and ended up with an associate’s degree in education.

While she was applying to schools to attend after community college, she mentioned Harvard to her fiancé, mostly as a joke. He said she couldn’t get in. She did.

Before Hackney left for Harvard, her engagement fell apart and she fell out of religion, and when she got here, she thought that she would never return home. But this campus was lonely and strange. She was placed in a tiny single in Cabot, and because she was an academic sophomore, most of the people around her had already found friend groups. Everyone was always doing something or going somewhere, especially extracurriculars.

“I think that was one of the reasons I was miserable my first year, because I felt like I had to do all this stuff,” she says. “Because everybody’s so busy all the time. People talk slow where I live, they move slow, there’s no rush. Here, everybody’s just like go, go, go, all the time.” 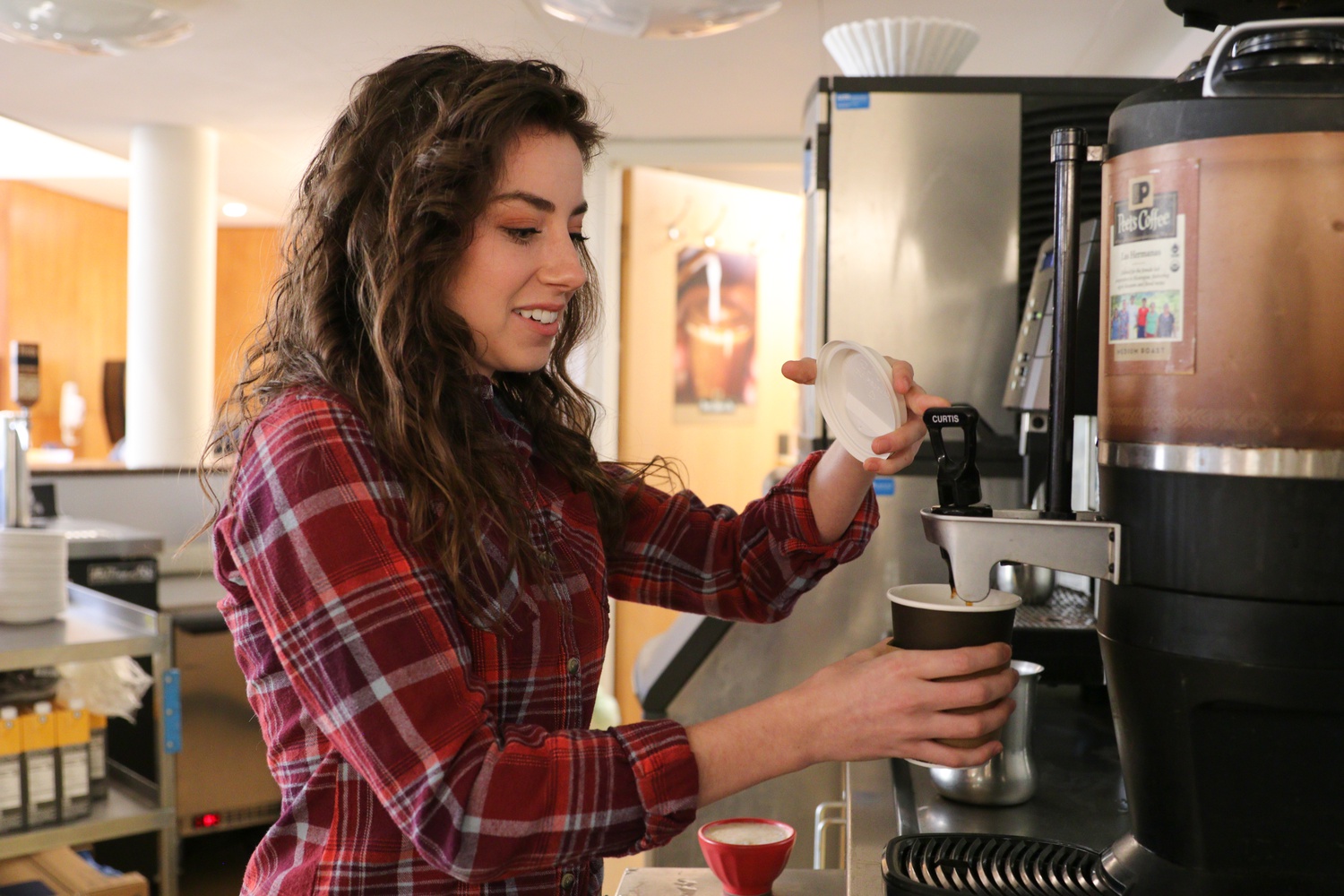 At Harvard, Hackney also found that she became representative of a whole region of the country. She has met very few people from Appalachia on campus. She is asked “10, 15” times a day where she is from. When people hear her accent, she faces confusion, bemusement, stereotypes. Once, during a shift at Blackbird Donuts, a woman asked her where she was from, and Hackney told her Virginia.

“And she was like, ‘Oh, down south?’ And I said yes, and I thought she was going to say something like, ‘Oh, me too.’ But instead she leans up on the counter” — Hackney leans over the table, getting close to me — “and says, ‘It’s really racist down there, isn’t it?’, really menacingly. What a pleasant conversation starter.”

But Hackney has found ways to make this campus feel like home. She worked at Blackbird for a year, and now she works at Lamont Café. She says that holding jobs in food service has grounded her and provided her a sense of continuity with her life at home, where she worked at Subway. She studies English, and for her thesis, she is writing a memoir about her experiences coming to Harvard.

But even as she has become more comfortable here, she has also become more certain she wants to go home. “The longer I was here, I got really homesick. I’m just so tied to home. The heartstrings, that’s just where it is,” she says.

“I really would like to use this education to improve [where I’m from], somehow,” she says. “I don’t know what I’m going to do. I have no plan. I just want to go back and make it a little bit better. It’s home, you know.”