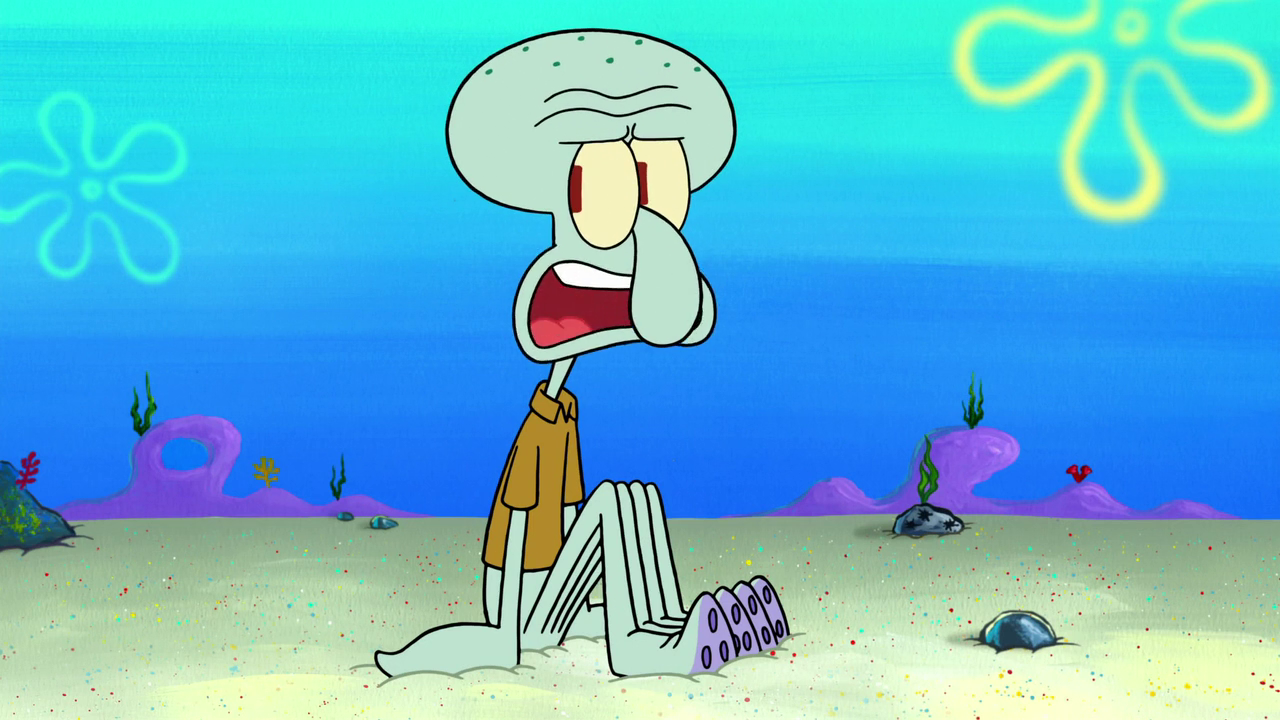 With the resurgence of American populism, the escalation of intra-party conflict, and the specter of impeachment looming over Washington, the future of U.S. politics is increasingly uncertain. This is especially true for the Democratic Party, whose voters are faced with a historically crowded pool of candidates for the 2020 presidential nomination. With competing voices spanning the political spectrum and the party’s identity at stake, the choice can seem a bit overwhelming. As a result, many on the left have looked to TV pundits — like Jon Stewart, Rachel Maddow, and Bill Maher — for clarity by way of political and cultural commentary.

Others, however, have looked to Squidward Tentacles. The grouchy octopus and longtime Bikini Bottom resident has become an unlikely voice for young people disillusioned with the social and economic status quo. Squidward’s role in political discourse has been noted by many; Rodger Bumpass, the character’s voice actor, called him a “poster child” for disaffected millennials, and his relatability is the subject of countless blog posts and Reddit threads. With his suction cup on the pulse of the nation, might Squidward have any wisdom to offer voters about the 2020 Democratic presidential field?

We think so. In celebration of his recently announced Netflix spinoff series, here are several top Democratic presidential candidates represented by Squidward quotations.

Whether he’s reminiscing about President Kennedy’s moon shot speech or encouraging parents to leave the “record player” on at night for their kids, former vice president Biden has struck many as a visitor from a bygone era. Like Squidward after his 2,000-year imprisonment in the Krusty Krab freezer, Biden clearly has some acclimating left to do.

Bernie Sanders and Elizabeth Warren: “The gentle laborer shall no longer suffer from the noxious greed of Mr. Krabs! We will dismantle oppression board by board! We’ll saw the foundation of big business in half, even if it takes an eternity! With your support, we will send the hammer of the people’s will crashing through the windows of Mr. Krabs’ house of servitude!” (“Squid on Strike,” Season 2)

Bernie Sanders and Elizabeth Warren are fierce critics of the American capitalist elite, and both have made the issue of skyrocketing income inequality central to their campaigns. Several commentators have raised doubts about the feasibility of their progressive proposals, which include Medicare For All plans and taxes on wealth. However, these skeptics would do well to remember the success of Comrade Tentacles’ similarly ambitious “Krusty Krab Unfair” campaign, which saw the end of Mr. Krabs’ greedy labor practices and the (literal) dismantling of his establishment.

Mayor Pete’s last name has confounded voters of every color, creed, and political persuasion (Jimmy Kimmel even did a segment on it). While Mr. Buttigieg has been a good sport about the confusion, the same cannot be said of Squidward, whose last name Tentpoles — er, Tentacles — was flubbed repeatedly leading up to the Bikini Bottom snail race.

Michael Bloomberg: “I always thought the most important rule was, ‘Why do today what you can put off ‘till tomorrow’!” (“Imitation Krabs,” Season 2).

Bloomberg’s late entrance into the presidential race has raised more than a few eyebrows, and the unusual timing of his announcement has even given rise to several conspiracy theories. But perhaps he just shares Squidward’s penchant for procrastination. When your campaign is backed a $58 billion fortune, it probably doesn’t matter much anyway.

—Staff writer Branch A. Freeman can be reached at branch.freeman@thecrimson.com.