What the Hell Happened: Taylor Swift vs. Big Machine Records and Scooter Braun 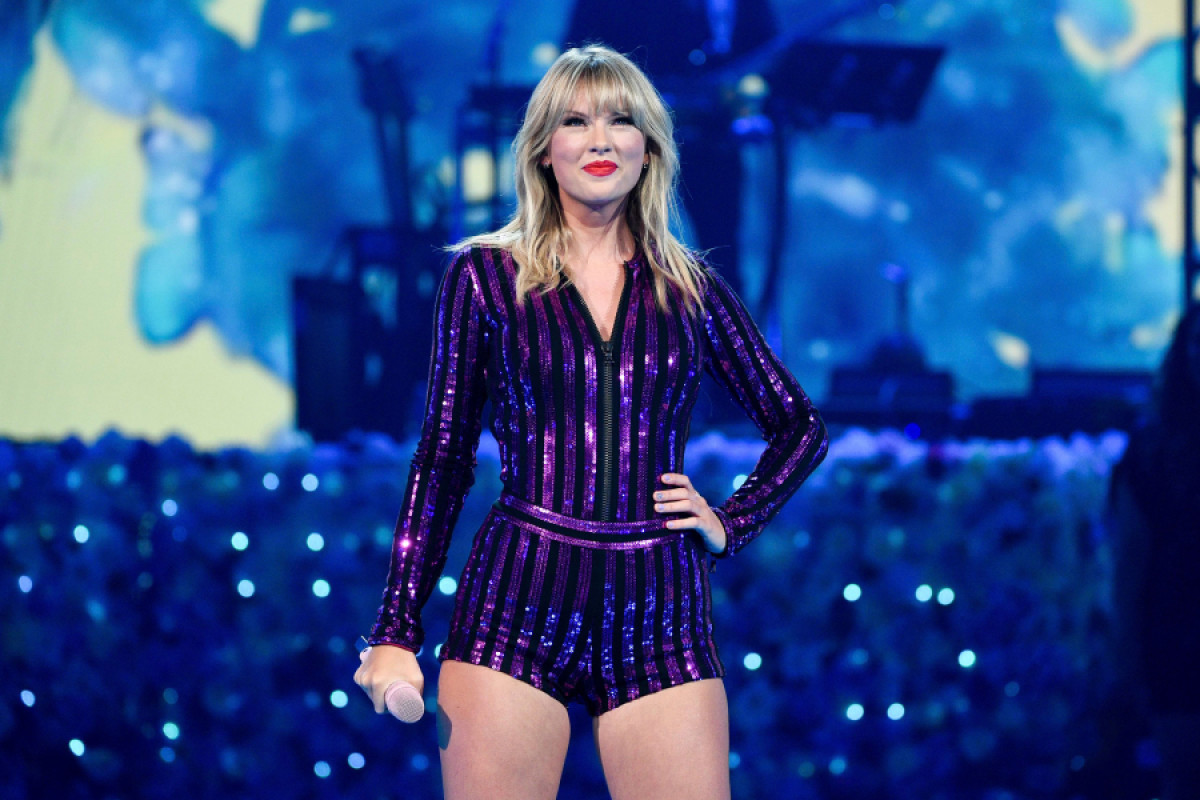 Taylor Swift was able to perform at the AMAs in honor of being crowned artist of the decade. By Courtesy of Evan Agostini/Invision/AP/Shutterstock
By Keziah A. Douglas, Crimson Staff Writer

On Nov. 14, Taylor Swift made a post on her Tumblr account alleging that Scott Borchetta and Scooter Braun were prohibiting her from performing songs still owned by her former label Big Machine Records. Swift claimed that this would negatively impact both her ability to perform for the American Music Awards, in which she would be performing a hits medley in honor of receiving the Artist of the Decade Award, and the production process for her Netflix documentary series.

According to Swift, Borchetta and Braun did not want her to perform her music on television because they viewed it as re-recording her old music. Borchetta allegedly told Swift and her team that she could only use her music if she agreed to “not re-record copycat versions of her songs” and if she stopped “talking about [Borchetta] and Braun.”

In an interview with CBS in August of 2019, Swift said that she would re-record her first six albums due to her masters being sold to Scooter Braun, a record executive who has been at odds with Swift in the past. By owning the masters (which refers to the first recording of a song), Braun has complete control over the six Swift albums produced under her former label, Big Machine Records.

In Nov. 2018, after Taylor’s deal with Big Machine Records ended, she joined Universal Music Group with a deal that would enable her to own her masters going forward, However, her first six albums would still be controlled by Big Machine Label. On June 30, 2018 Swift announced in another Tumblr post that Scooter Braun had made a deal with Big Machine Label which included the purchasing of her masters. Although Swift stated that she had “made peace with the fact that eventually [Borchetta] would sell them,” she said that she was deeply upset that he had decided to sell them to Braun. She alleged that Borchetta knew of her feelings toward Braun and through the sale of her masters they were both complicit in “controlling a woman who didn’t want to be associated with them. In perpetuity.” Swift also alleged that Big Machine Records did not give her the chance to buy her own masters, but Big Machine Label posted a statement in an attempt to refute this claim.

By re-recording her own songs, Taylor would be able to circumvent the purchase of her masters and put her new recordings in direct competition of her old recordings.

Taylor Swift’s social media posts garnered an outpouring of sympathy and anger from her fans, some even going so far as to crowdfund #ISTANDWITHTAYLOR digital billboards. In response, Big Machine Records put out a statement saying that “at no point did we say Taylor could not perform on the AMAs or block her Netflix special.” However, Big Machine’s statement did not directly address Swift’s allegation that they were blocking her from using songs still owned by Big Machine Record.

On Nov. 18, four days after Swift’s public post, Big Machine Records put out a statement saying that they “agreed to grant all licenses of their artists' performances to stream post show and for re-broadcast on mutually approved platforms.” Recording artists such as Swift will not “need label approval for live performances on television or any other live media.” Swift was able to perform at the AMAs in honor of being crowned artist of the decade. She opened up her performance by wearing a white jacket with black lettering listing all of her records created under the Big Machine Label. After singing a few verses from her song Man of of her most recent album, Lover Swift sheds the the jacket and proceeds with her medley. It is certainly a statement especially because the outfit looks like a straightjacket, trapping her.

Love Swift or hate her, it is difficult not to empathize her in this situation. Artists put their heart and soul into their music only to become victims of the politics and greed of the recording industry. What is especially sinister is that if even Swift — multi-grammy winning, multi-platinum charting artist of the decade — still faces these issues, then imagine what might be happening to up and coming artists. It is hard to tell whether Swift’s battle with Big Machine Records is over, but we can savor the small victory for now.

—Staff writer Keziah A. Douglas can be reached at keziah.douglas@thecrimson.com.