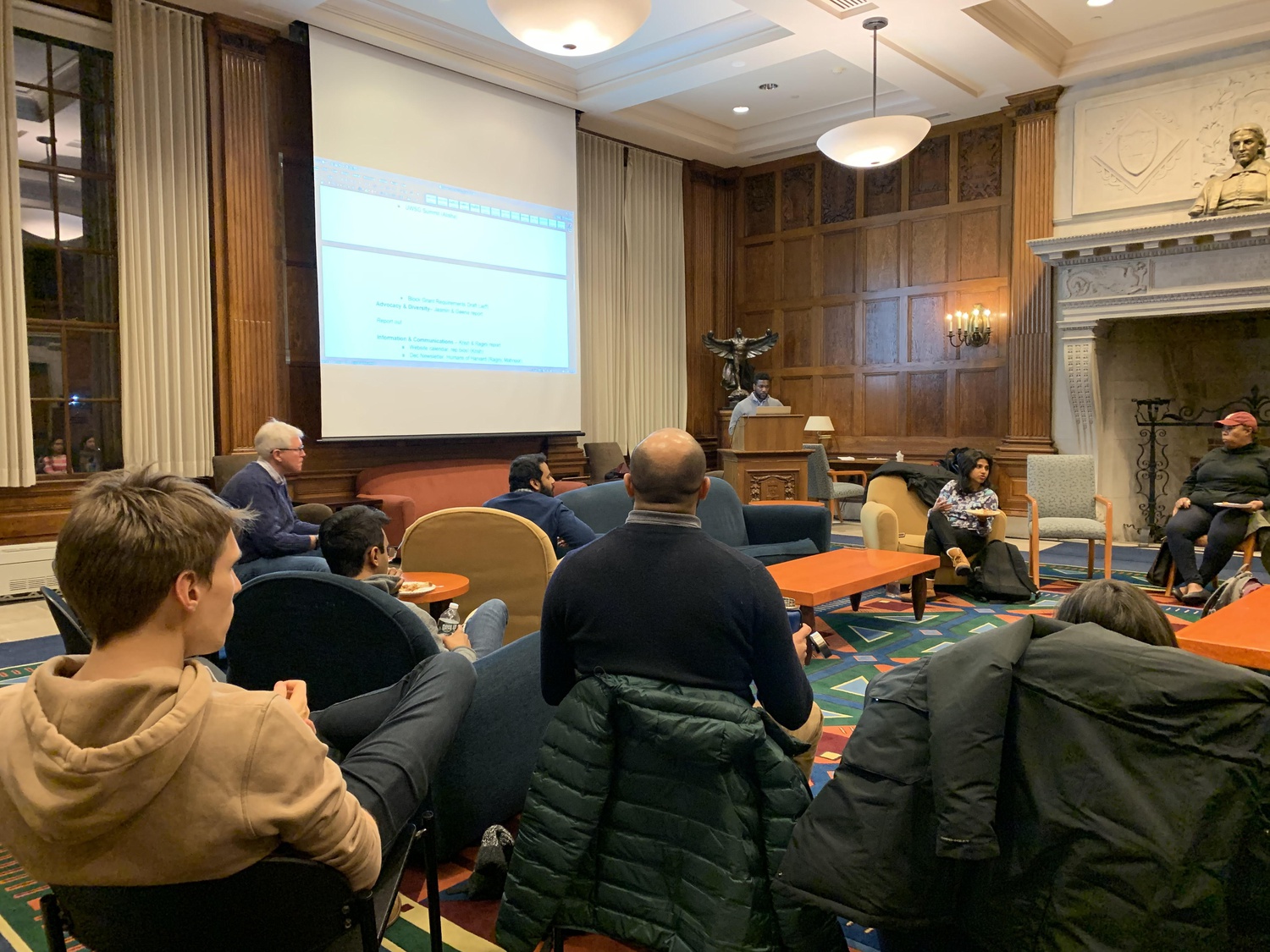 Hours before the graduate student union strike, the Harvard Graduate Council voted to issue a last-minute statement regarding the ongoing contract negotiations at its last open meeting of the semester.

After 13 months of negotiations, the Harvard Graduate Student Union-United Automobile Workers is organizing a University-wide strike starting Tuesday in an effort to secure their contract demands more rapidly. The union has stated the strike will continue indefinitely.

After two failed motions, and rejecting one proposed statement during almost 45 minutes of debate, the council decided Monday night to draft and release what multiple representatives called a “more neutral” public statement.

The council looked to statements issued by the Harvard Law School and Harvard Divinity School student governments to draft its statement, which passed unanimously but for one abstention. HGC will release the statement online and via social media Tuesday morning prior to the strike.

University spokesperson Jonathan L. Swain wrote in an emailed statement that the University has prepared contingency plans for the strike.

“Harvard University remains engaged in negotiations with HGSU-UAW and we continue to feel a strike is unwarranted,” Swain wrote. “A strike will neither clarify our respective positions nor will it resolve areas of disagreement.”

The union and the University remain at odds over proposals concerning health care, compensation, and third-party arbitration for harassment and discrimination matters. Contract negotiations began last October, and to date, the two parties have come to an agreement over 12 different proposals.

What began with a standard motion Monday night quickly turned into a divisive full-council debate.

HGC President Bryan O. Buckley presented the first proposal which would have authorized the executive board to issue a statement on the strike “if deemed necessary” in the upcoming weeks.

Multiple representatives immediately rejected this motion and instead called for more urgent action.

“I feel like this is one of the most pressing issues in a couple of years for graduate students,” Divinity School Representative Anna K. Del Castillo said. “Since this is happening tomorrow morning, we would be remiss if we didn’t support our classmates who will be striking.”

After a formal vote dismissing Buckley’s motion, Del Castillo motioned to draft a statement during the meeting with the full board and release it Tuesday. Her proposed statement supported the right to strike, the strike itself, and the union’s demands. Multiple representatives characterized this proposal as “more aggressive.”

“If you put that motion through, you’re supporting everything the union said," HGC Executive Board member Tracie M. Gordon said. "If you do that, the can of worms is going to explode."

Del Castillo’s motion received five votes in the affirmative and three in the negative, failing to pass without a two-thirds majority.

The council eventually settled on drafting a more neutral statement, which was passed unanimously.

Del Castillo, however, said she is still not satisfied with the statement’s final wording.

“I’m gonna be real. Saying the two parties should come together and create something is like, ‘no shit.’ They’ve been doing this for 13 months,” she said. “There’s one party that has the power.”