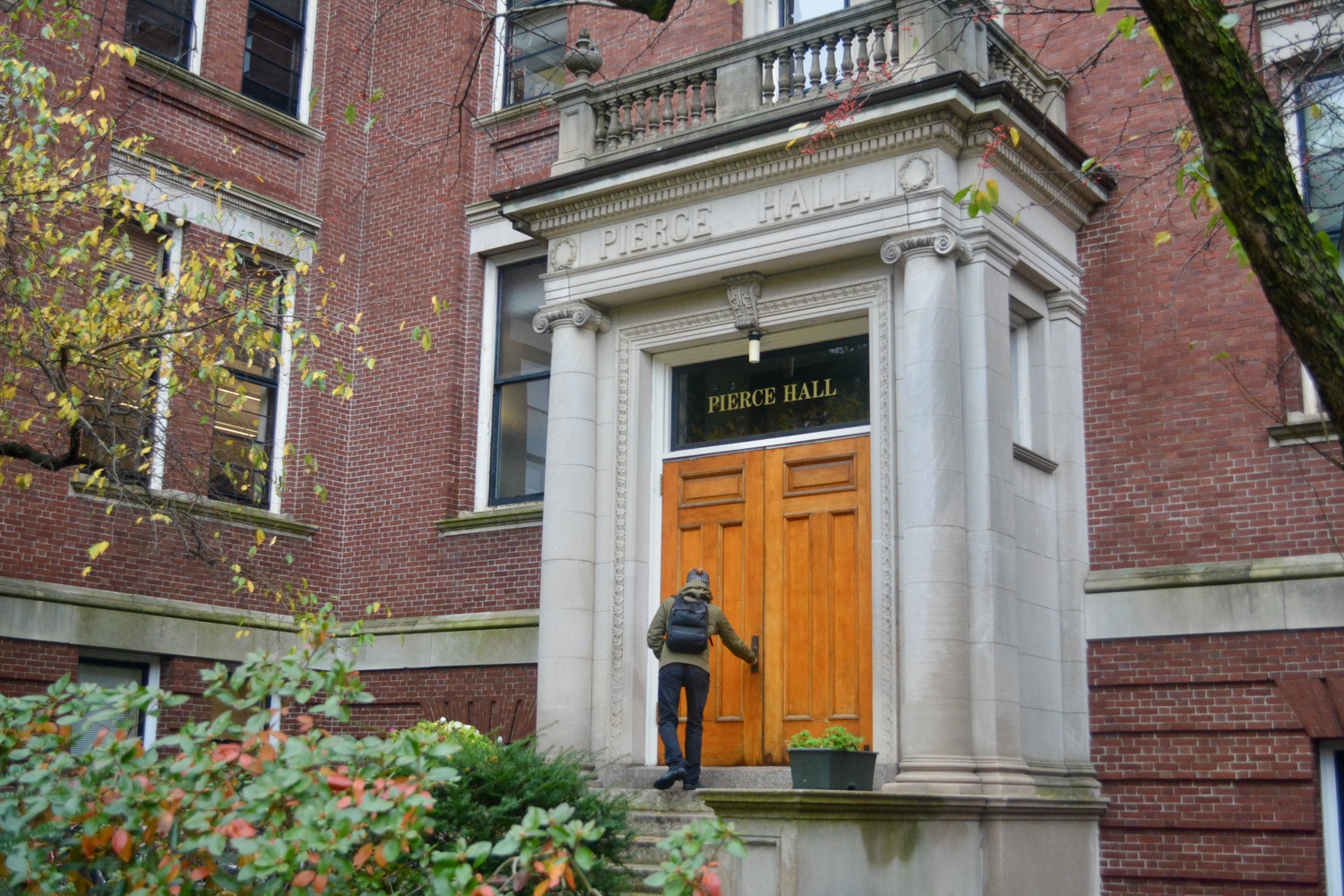 A team of Harvard scientists have found a potential new method of treating obesity by limiting the body's absorption of fat. By Jenny M. Lu
By Christina T. Pham, Contributing Writer

A team of Harvard scientists have found a potential new method of treating obesity by limiting the body’s absorption of fat, according to a paper published Nov. 25 in the peer-reviewed scientific journal Proceedings of the National Academy of Science.

Md Nurunnabi, a former postdoctoral fellow at the Wyss Institute and the School of Engineering and Applied Sciences, led an eight-month project to test the interaction between fat molecules and choline and geranate — known as CAGE — an orally administered liquid salt.

When the team was looking at how the intestines absorb certain molecules, they found that CAGE was able to enhance the delivery of insulin and other medicines. They also discovered that CAGE caused the body to not absorb hydrophobic molecules.

“That was very puzzling and counterintuitive,” Mitragotri said. “It led us to the idea that maybe we can use CAGE to reduce the transport of a hydrophobic molecule. And what molecule that came to our mind was fat, and the idea that if you can reduce the uptake of fat, it could have therapeutic applications.”

The team assembled a mixture of CAGE and fat to test their hypothesis. The mixture formed particles that were noticeably larger than when the fat mixed with water alone.

The team fed a mixture of a high-fat diet and CAGE to rats and found that those large particles reduced fat absorption in the rats’ intestines, which ultimately reduced the body mass of rats with high-fat diets.

Additionally, the team observed that the rats treated with CAGE ate less food compared to the experiment’s control groups.

Mitragotri said he believes CAGE could become a simple, safe, and cost-effective treatment for obesity.

The team noted in their paper that over 70 percent of American adults are overweight or obese — a fact Mitragotri said makes this type of research particularly important.

“Obesity is a huge issue. It is extremely pertinent. And it is at the root cause of many secondary complications, including diabetes, cardiovascular, and many other conditions,” Mitragotri said.

Eden E.L. Tanner, a postdoctoral bioengineering researcher who contributed to the experiment, wrote in an emailed statement that she believes it is important to reduce discrimination against people who are overweight or obese, though finding new medical treatments is also necessary.

“While working to combat this discrimination is of critical importance, some people opt to reduce their body mass,” Tanner wrote. “Orally administered CAGE shows great promise at being able to provide a safe alternative to conventional approaches.”

Nurunabbi said he believes the study’s results are promising, but that CAGE requires further research.

“We are going to continue working on CAGE, because we are still in a very early stage,” Nurunnabi said. “Does it work or not? We see, ‘yes.’ Now we have to answer the question: ‘how does it work?’”

“The immediate question is how does this finding translate to the clinic for humans,” Mitragotri also said. “That requires many more studies and testing and collaboration with other clinicians in moving it forward. So that’s the path we would need to explore moving forward.”