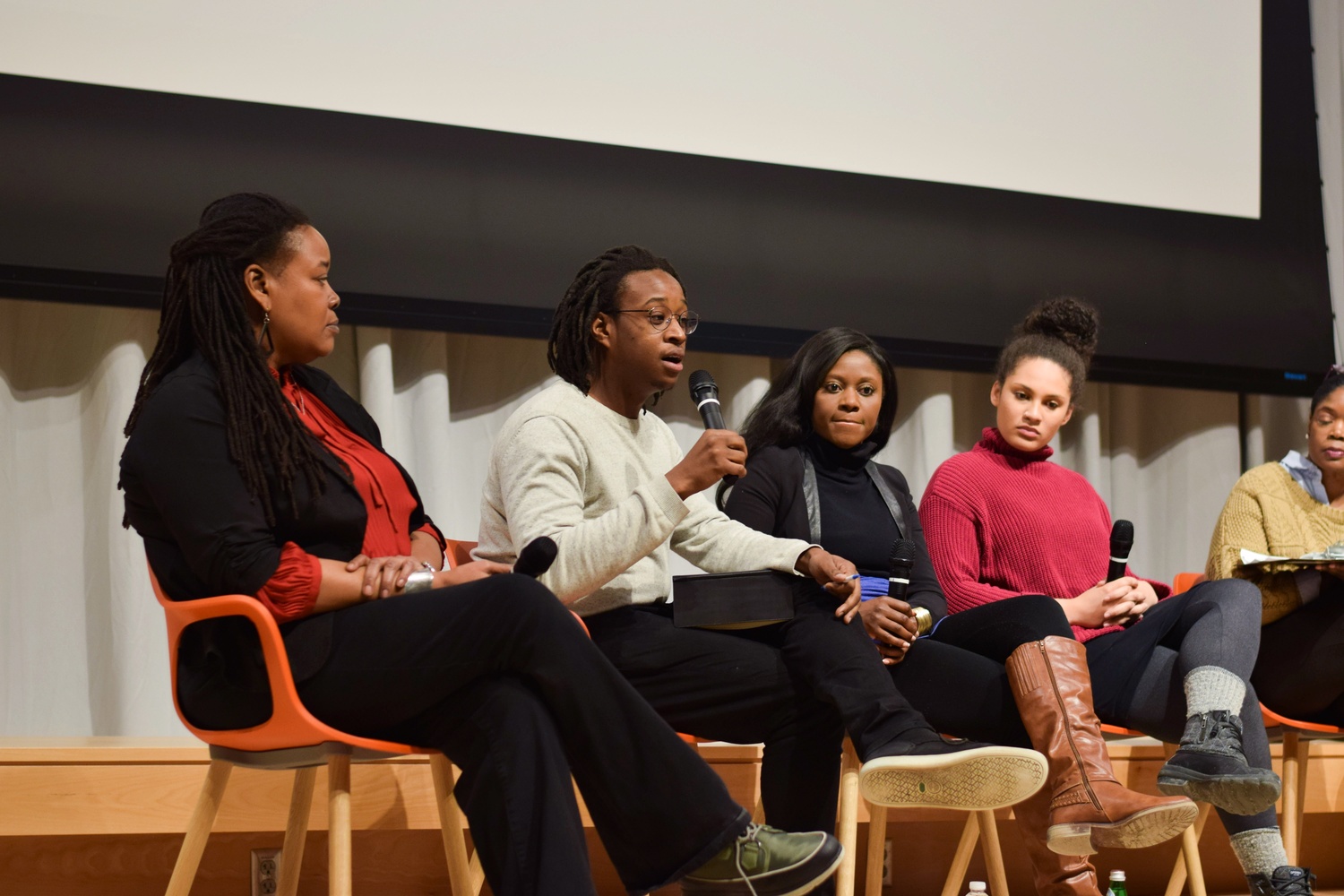 Harvard affiliates and community leaders gathered Thursday evening for an event called “Beloved Streets: Race & Justice in America,” which marked the culmination of a winter-term course at Harvard Graduate School of Education of the same name.

Panelists at the event, who span a variety of careers and disciplines, discussed topics on race and transformative justice. They also spoke about ways in which people can dismantle systems that perpetuate intergenerational poverty.

David J. Harris, managing director of the Charles Hamilton Houston Institute for Race & Justice and one of the course leaders, said the course attempted to create some spaces and places in a curriculum, fostering transparent conversations about important societal issues.

School of Education adjunct lecturer Aysha Upchurch opened the event with an interpretive hip hop dance while sharing stories of her childhood and inviting audience members to wonder about the “beloved streets” that raised them.

Tracie D. Jones, assistant director of diversity and inclusion programs at the School of Education and a course instructor, said the course heads deliberately chose panelists who would best reflect the voices of Harvard. The event brought together a diverse group of people including students and staff members — from employees at Harvard University Health Services to instructors at the School of Engineering and Applied Sciences.

“It’s important to emphasize that the conversation we’re having is with the community, about what the community can do, and what we can do outside of Harvard,” Jones said. “I think it was very intentional of us to not bring in mayors or prominent leaders because the voice of the community then gets lost.”

Many of the panelists also noted this importance of collaboration among local groups that work to empower community members.

Jeana Dunlap, a Loeb Fellow and director of redevelopment strategies for the Louisville metro government, said she believes in the importance of “getting information into the hands of people who aren’t usually at the table.”

School of Education lecturer and Director of Harvard’s Prison Studies Project Kaia Stern served as a course head, along with Harris and Jones. She said it is necessary to include Harvard staff members in discussions about belonging since they are vital to the University.

“We saw this course as an opportunity to be as inclusive as we could and hear as many voices as we could within the Harvard community,” Stern said.

Stern, Harris, and Jones shared hopes for the University’s increased support for their course. They look to eventually expand their currently non-credit, winter-term course to a for-credit, full-term one.

Some of the Harvard student panelists said the knowledge they gain at Harvard is not just educational, but also deeply personal as they learn to utilize their education to support their communities back home.

“When I think about going into communities, what I think about is how can I operate from a place of listening,” said Emanuel Powell III, a Harvard Law School student and course participant. “How can I take what power I have or what pedestal I’ve been provided as a student here to help people.”

Shakira J. Hall ’22, an event attendee who just started as a junior research fellow with Stern at the Prison Studies Project, said she was particularly inspired by Powell.

“Seeing someone like him in a position I want to be in in the future is very inspiring,” Hall said, “I learned how important it is to actively go out and engage with people in the community, educating yourself, developing moral intelligence, and having a heart and passion.”

White, who started Beloved Streets as a postal worker dismayed by the poor conditions of St. Louis Mo.’s Martin Luther King Drive, said he hopes that Beloved Streets’ work with Harvard continues beyond the course.

“Harvard has the name. Beloved Streets — we’re a new organization. And that combination could be really big especially if people can see something tangible that’s been done,” White said. “I’m hoping that we can continue our collaborations from here on out and really try to get some things accomplished and really bring Dr. King’s legacy the respect that it deserves.”