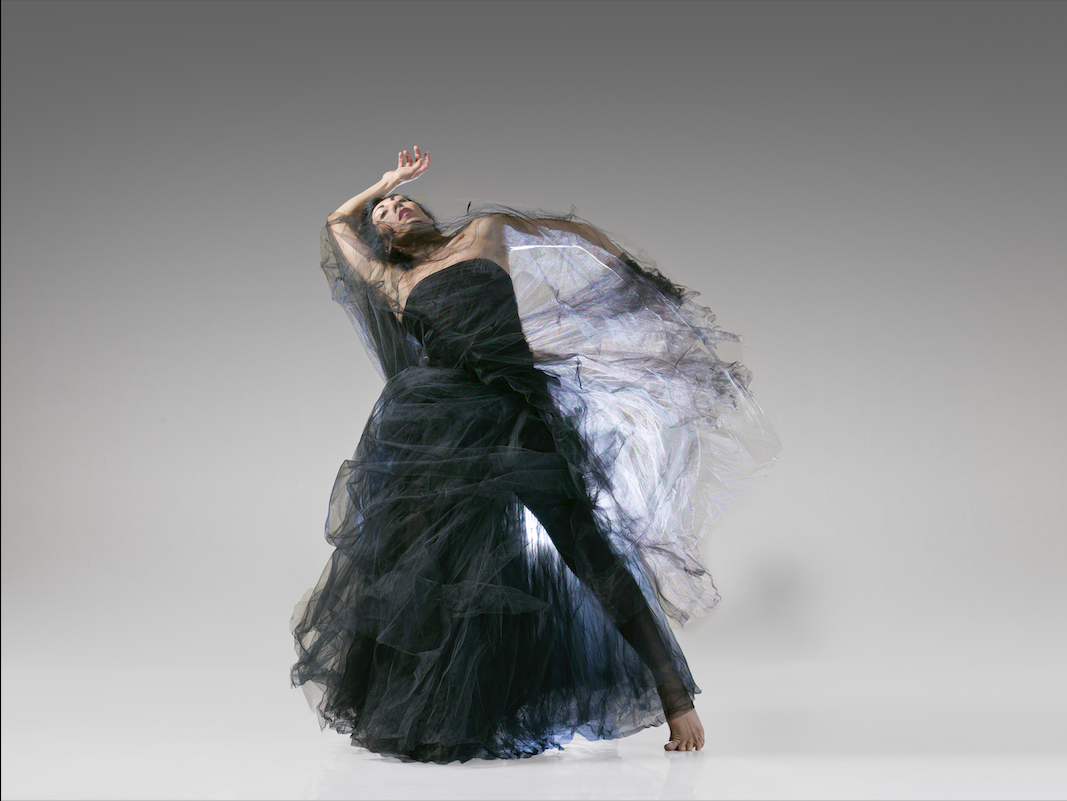 Nejla Y. Yatkin is an acclaimed dancer and choreographer. By Courtesy of Lois Greenfield
Advertisement
Advertisement

Slow, heavy piano notes fill the studio room in the Harvard Dance Center as the dancers unravel their bodies to the beat of the music. Among the bodies is Nejla Y. Yatkin. She moves with the rest of her students, twisting and turning as the music envelops them all.
By Jen E. Oh

Slow, heavy piano notes fill the studio room in the Harvard Dance Center as the dancers unravel their bodies to the beat of the music. Among the bodies is Nejla Y. Yatkin. She moves with the rest of her students, twisting and turning as the music envelops them all.

Yatkin is an acclaimed dancer and choreographer known for incorporating transcultural themes into her choreography, which she performs around the world. She came to the Harvard Dance Center to teach a one-time master class.

The day after her class, FM sat down with Yatkin to ask some questions.

FM: You lived in Berlin with Turkish parents. Can you tell me a little bit about the environment you grew up in?

NY: I grew up in West Berlin, which was hard. Berlin was divided into communist Berlin and democratic Berlin. I was living on the democratic side with walls, surrounded by the walls against the communist side of Germany. I grew up with a lot of demonstrations and culture and music and festivals. There were always festivals — either the French or the English or the U.S. A lot of the radicals and intellectuals lived in Berlin. It was a culturally rich place.

At home, my mother was very strict. My parents, coming from Turkey, were educated about the role of women being a certain way or groomed to basically serve your husband. A woman had to marry somebody, have kids, learn how to cook, and iron things for your husband. So I was living kind of a double life — being out there, going to school in one of the most radical places and at home, being constrained and not being able to express myself as a woman in a way I would like to. So there was sort of this double life going on until I was 17 and I decided that I needed to leave. While I was dancing, I was also doing it secretly. My parents didn’t know I was dancing and performing in high school.

NY: I went to a Gymnasium, sort of like a prep school for college. I was imagining myself to become a visual artist or philosopher. Dancing was something I was good in, but it was not in my world that this could be a profession. I don’t know any professional dancers. Nobody said, “I’m gonna be a dancer.”

I did a piece to Pink Floyd’s “We Don’t Need No Education” [sic] to make fun at a graduation party in high school. I was also part of a music club, singing and dancing. So my art teacher saw me in both. And after she saw “We Don’t Need No Education,” where I had put students together in a classroom and did this funny choreography, she was like, “You have to dance.” She was so convinced that I needed to go and dance. I was like, “Dancing?” [She replied], “You have to pursue this as your career.” Then she suggested that I audition for a performing arts conservatory for modern dance. And I did. And so, here I am.

FM: It sounds like she was a big influence in your life.

NY: It was like a moment in time [Yatkin snaps]. She was there for one year when she came visiting from France. And I didn’t really have an intense connection, but she saw something and sparked something in me. I just followed the guidance.

FM: On your website, it says that you explore ideas of multiculturalism, identity, and migration in your choreographies. When you have these sources of inspiration, how do you translate them into a choreography?

That’s so difficult to explain because first you have the craft. And then poetry and the language and the words and all this other stuff you play with. You mix and take. What speaks to you? What makes sense? What is the sort of the poetic journey that you want to create?

And dance is so all-encompassing. It has music and space and time and bodies and costumes and lights. So you’re creating this whole world in your head when you’re creating dance. It’s almost like I’m still creating art but painting in space.

FM: Many of the themes you explore, such as identity and multiculturalism, have led to controversies in today’s society. How do you think your dances take space in this social climate?

NY: The body is an identity. Body is who you are. Body expresses all the history you had. When you enter a space with your body and exchange with your body, somehow you have to open yourself to others and get to know other identities.

Nowadays, I like to take dance out of the theater into the streets. The last couple years, I’ve been traveling around the world creating site-specific dances in public spaces to make people become more aware and more empathetic of bodies in space. I think when you see bodies move together in space, you open up and you feel more safe.

For example, I did a project in Tegucigalpa, Honduras, one of the most dangerous cities full of gang violence. I did a site-specific piece and had the dancers walk from one place to another in five different locations in the city. In the beginning, they were all afraid. “We can’t walk in the city. It’s dangerous. We need the military to accompany us.” But we did it. And the people were so happy to walk in that city. When you focus on fear, you create more fear. When you focus on creating an environment where people can feel safe, it shifts their perspective. People see the beauty in the city and that it is not that dangerous and that they can be empowered to take over the public spaces again and share with each other. That was a very empowering lesson for me too.

FM: I read that you have a passion for teaching. While you were teaching the master class, I heard you repeatedly refer to your dancers as “movers” and instructed them to “make a decision.” These phrases seem deliberate and somewhat strange. What kind of message do these phrases carry?

NY: Anybody can move. If you have a body, you can move. The body is made to move. If we don’t move, we literally die. Not everybody identifies themself as a dancer, and I use “movers” because it’s broader. And decision-making: everybody knows how to make a decision, but do they? How clearly are they making decisions? Do you make a conscious decision or does the body make it? Those words encourage people to maybe think about decision-making.

FM: I saw the movers coming out of your dance class, and they were all smiling, very happy. Can you guess as to why?

—Magazine writer Jen E. Oh can be reached at jen.oh@thecrimson.com.