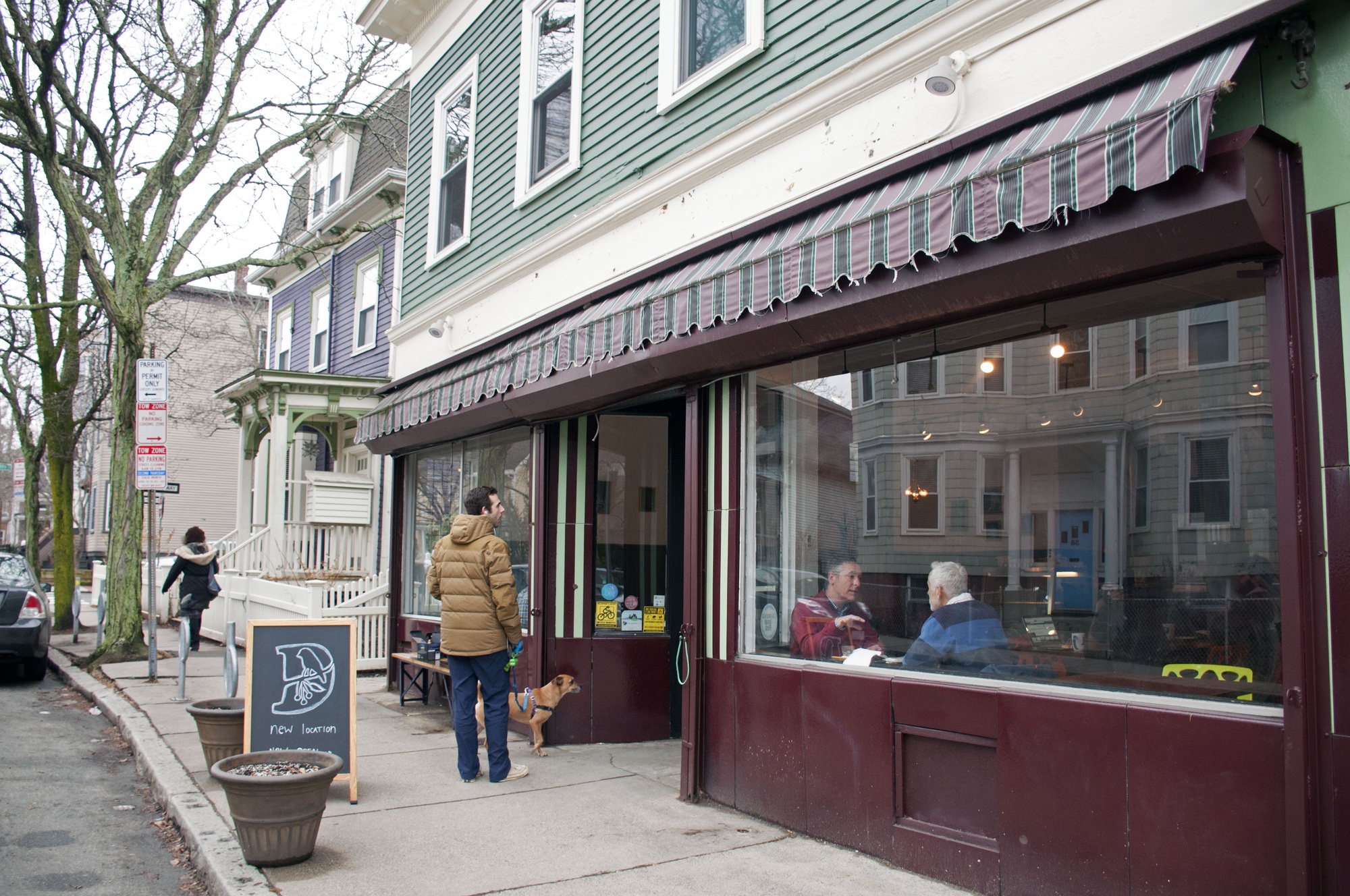 A new outpost of coffee chain Darwin's Ltd. replaced Petsi Pies at the beginning of the month.
Advertisement
Advertisement

Remembrance of Things Past: Lamenting the Latest Victims of Late-Stage Capitalism

Let's take a moment to remember the fallen, for to be forgotten is to die another death.
By Andrew Price

A friend of mine recently ate a bad bagel. It was, she pointed out, a cruel symbol of Capitalism’s False Promise — a promise which has, in its three long centuries, caused extreme inequality, the destruction of our world’s natural beauty, social alienation –– and what do we have to show for it? Even with our so-called “free markets” and “invisible hands,” a person can still walk into a store and buy a subpar bagel. In 2019. It isn’t right.

Now, Capitalism is over-correcting, threatened by the monetary consequences of subpar bagels, and those very same free markets are plowing down Harvard Square eateries left and right. Chipotle is gone. Crema Cafe has gone belly-up. Au Bon Pain est mort. Petsi Pies was struck down in its prime. Whether the proverbial “bagels” will improve when these cherished spots are replaced with pricier, trendier eateries that sell “avocado tartine,” “crack pie,” and “&pizza” remains to be seen. But in the meantime, let’s take a moment to remember the fallen, for to be forgotten is to die another death.

Immortalized in The Crimson as a “beloved Putnam Avenue bakery,” Petsi Pies was murdered by Darwin’s Ltd. this month. Those close to the deceased remember Petsi as a loving friend, a brilliant listener, and a charming spot for Harvard students who sought to escape the Square without putting in the effort to actually escape the Square. One of the bereaved lamented that Petsi “looked a little like Luke’s Diner” from Gilmore Girls. Petsi was cherished for its adaptability –– name be damned, it sold more than just pies –– and its unflagging commitment to community. Petsi, may your memory be a blessing.

Crema Cafe, an exotic Harvard Square bakery –– “crema” is Italian for cream –– drowned in December amidst the rising tides of gentrification. Snuffed out by the ever-aggressive Bluestone Lane, Crema left behind a lasting legacy. Perhaps best described as politely unassuming, the cafe had a claustrophobic charm. One mourner fondly recalled, “I liked how the Cs in the Crema Cafe sign were bigger than the other letters.” In the face of rising rent and increased competition, however, those epic Cs proved insufficient to keep a small business afloat. To Crema, we send up a prayer.

After years of uncanny luck in avoiding the E. coli outbreaks that ravaged its peers around the nation, the Harvard Square Chipotle finally died of natural causes last month. It had a wonderful run, but was always third fiddle in the Square’s burrito scene, after Jefe’s and Felipe’s (only the rarest of bands can succeed with three fiddlers). Chipotle left behind a beautiful storefront and a series of nasty Yelp reviews spanning more than a decade. One customer wrote of his experience with steak portions, “Are you fahkin shittin me?” Another remarked, “Mexican Grill? This place is about as Mexican as I am,” although this comment is hard to interpret without knowing whether the author is, indeed, Mexican. A lover of top 40 music, long waits, and copious amounts of salt, Chipotle will be missed.

Au Bon Pain has cashed in its chips, metaphorically speaking. It has gone to meet its maker. Kicked the bucket. Dropped like a fly. The cafe was a Boston native, affectionately remembered as “ABP” — a prep school nickname that stuck. ABP is survived by two loving parents, Harvard Business School graduate Ronald M. Schaich and Louis Kane (no relation to Citizen Kane). They birthed the national chain in 1981, in the early years of the Reagan Administration. One attendee of ABP’s open-casket funeral expressed outrage at the tragedy: “This is an omen, I tell you, a veritable canarie in the retail coal mine. What does it say when national chains can’t keep up with rising rents? By 2025 Harvard Square will be nothing but a string of Tattes. It won’t even be clear where one Tatte ends and the next begins.” Au Bon Pain, we will remember you fondly.

—Magazine writer Andrew Price can be reached at andrew.price@thecrimson.com.