What The Hell Happened: Diana Ross Lets Loose At The Grammys 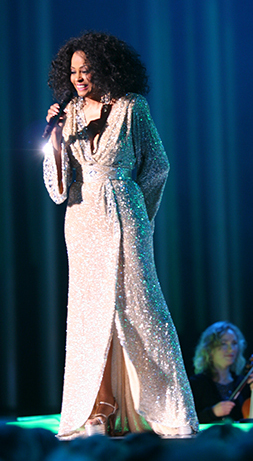 It seems like a safe assumption that everyone knows and loves Diana Ross, and if anyone doesn’t, they should. Among her classic Motown recordings with The Supremes, her epic, cinematic music as a solo artist, and her acting work in films like “Lady Sings the Blues” and “The Wiz,” her career offers something for everyone. It’s her early singing that stands out — one could listen endlessly to her heartbreakingly restrained delivery of the lines “Haven’t I been good to you? Haven’t I been sweet to you?” on The Supremes’ “Stop! In The Name of Love.”

But that’s not what this article is about. It’s about Ross’s appearance at the Grammys two weeks ago, when she sang two songs and, notably, concluded by shouting “Happy birthday to me!” Her birthday is in a month.

Granted, Ross’s performance was billed as a 75th birthday celebration, and granted, this was the one strange moment in an otherwise by-the-book several minutes. What was striking about “Happy birthday to me!” besides its hilarious absurdity was how unlike Diana Ross it seemed.

Ross’s image has always been one of class and dignity. Perhaps more than any other singer, she realized Motown’s 1960s dreams of making white audiences love black music, and many music critics and cultural historians see her controlled singing, well-rehearsed choreography, glamorous dresses, and lack of public self-aggrandizement as directly correlated with her success. Ross didn’t just play the respectability game by our current standards; compare her '60s performances (aurally and visually) with Aretha Franklin’s much less inhibited ones, and you’ll see that Ross stood out even among Black entertainers in her time.

So to see her shout “Happy birthday to me!” on live national television was particularly jarring, like watching Jeff Sessions smoke a joint. Why did she do it? Maybe her politics have changed with the times, and she’s following loudly self-loving singers of this decade. Maybe her elegant red dress was a herring of the same color, and she doesn’t want to be respectable anymore. Her exclamation at the Grammys provides ample food for thought: As she first sang decades ago, “think it o-o-ver.”