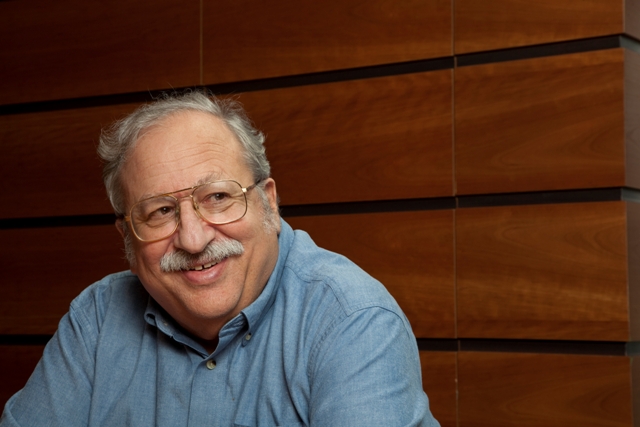 Marshall Ganz is a senior lecturer in Leadership, Organizing, and Civil Society at the Kennedy School of Government at Harvard University.
Advertisement
Advertisement

Lessons Learned from a 28 Year Leave of Absence

“I wrote Harvard a letter: how can I come back and study history when I'm busy making it?” Ganz says.
By Greg B. Cain and Olga Kiyan

The presence of Marshall L. Ganz ’64-’92 at Harvard is largely defined by his time away. Even today, Ganz is flying from Boston to Parkland, Fla. to conduct a workshop about community organizing strategies. This is the sort of work that Ganz has been doing his whole life — a life that has blurred the bounds of people and place, and a life that has centered around active civic engagement and scholarship.

Ganz matriculated to the College in the fall of 1960 and received his A.B. as part of the class of ’92 following a 28-year leave of absence in between. After his undergraduate degree, Ganz obtained an M.P.A at the Kennedy School in 1993 and a Sociology Ph.D. from the Graduate School of Arts and Science in 2000. Ganz is now a Rita E. Hauser Senior Lecturer in Leadership, Organizing, and Civil Society at the Kennedy School.

Ganz’s research at Harvard focuses on organization and leadership in social movements and politics. This is the focus of the imminent Parkland workshop that he is about to lead. But Ganz’s approach to organization is not an institutional one — it is firmly focused on action and individuals on the ground. “It’s values-based and that means we start with narratives, why people were being called, what they share with their communities,” he says.

In the same way, Ganz’s own life also revolves around work that needs to be done in the present moment. About social movements, he asks, “If I share their values, then why, why am I not doing it?”

Ganz grew up in Bakersfield, Calif. and came to Harvard thinking he wanted to study Government. But between his sophomore and junior years, Ganz decided to take a year off and spent time in Berkeley, Calif. working at an insurance company and taking classes at the University of California, Berkeley.

Ganz recalls that, in his day, taking time off from Harvard was significantly more rare. “I feel like it was an oddity — it wasn't that common,” he says. “I felt like I needed to do that in order to catch my breath.” His time away from Cambridge helped him realize that he didn’t want to study Government as he had originally anticipated, and he pivoted instead to History and Literature.

When Ganz returned to Harvard, he was immediately drawn back to the world beyond it. Interactions with roommates connected him to emerging social movements. One of his roommates worked with the Student Nonviolent Coordinating Committee, a civil rights movement era organization dedicated to nonviolent organizing. Through SNCC, Ganz spent the summer after his junior year working with the Mississippi Summer Project, a 1964 voter registration effort aimed at increasing turnout of black voters in Mississippi.

Then, one summer away from Harvard turned into 27 years. “I went to Mississippi, I just thought I was doing it for the summer, but you know, it turned into another year,” he says. “There never came to be a compelling enough reason to come back… until there was.”

“I wrote Harvard a letter: how can I come back and study history when I'm busy making it?” Ganz says.

Ganz found his experience in organizing to be as important to his education as his time at Harvard. “I really discovered that my education on race and power and politics started there, not at Harvard,” he says, referencing his time in Mississippi. This inspired him to continue working on grassroots organizing in the state, including advocating for civil rights legislation.

After a year in Mississippi, Ganz moved to California. He spent 16 years helping to organize agricultural workers as a member of the United Farm Workers Association. After this, Ganz spent 10 years in electoral and union work. He organized and led strategy for Democratic political campaigns and for unions.

It was at the 25th reunion for his social graduating class that Ganz decided to come back to Harvard.

“It was sort of like running into a 20-year-old version of me that was asking me, how's it going?” he recalls. “I was really kind of stuck in terms of the work I've been doing all that time — so 20- year- old me said, ‘why don't you come back and finish that senior year?’” Ganz says.

He came back to Harvard in 1991 and resumed the learning that he had started outside of the classroom. “It was kind of cool to be in a small seminar with Michael Sandel and 18 undergraduates and enjoy the cross-generational context of the learning as well as the content,” he says.

Ganz’s experiences with both hands-on and classroom learning shape his pedagogy today. He believes that students need “a context in which people actually have the opportunities to try things, to learn from them.”For Ganz, these opportunities to learn are realized upon returning to a distinct place, Harvard or his hometown. Today, after three decades of on-the-ground organizing, he strengthens his commitment to those communities by staying at Harvard.

Ganz continues to hold organizing workshops across the world and still believes firsthand experience is important to social activism. But he also thinks his work at Harvard helps him achieve that.

“It turned out to be a way I could integrate my life experience and social science in a pedagogical conversation with a rising generation,” he says of his work at Harvard. “I realized that really I was doing work very similar to the work I was doing in Mississippi, in the sense that it was about engaging with people and enabling them to find their own sources of correlate, calling their own sources and how to take advantage of the world and make a difference.”