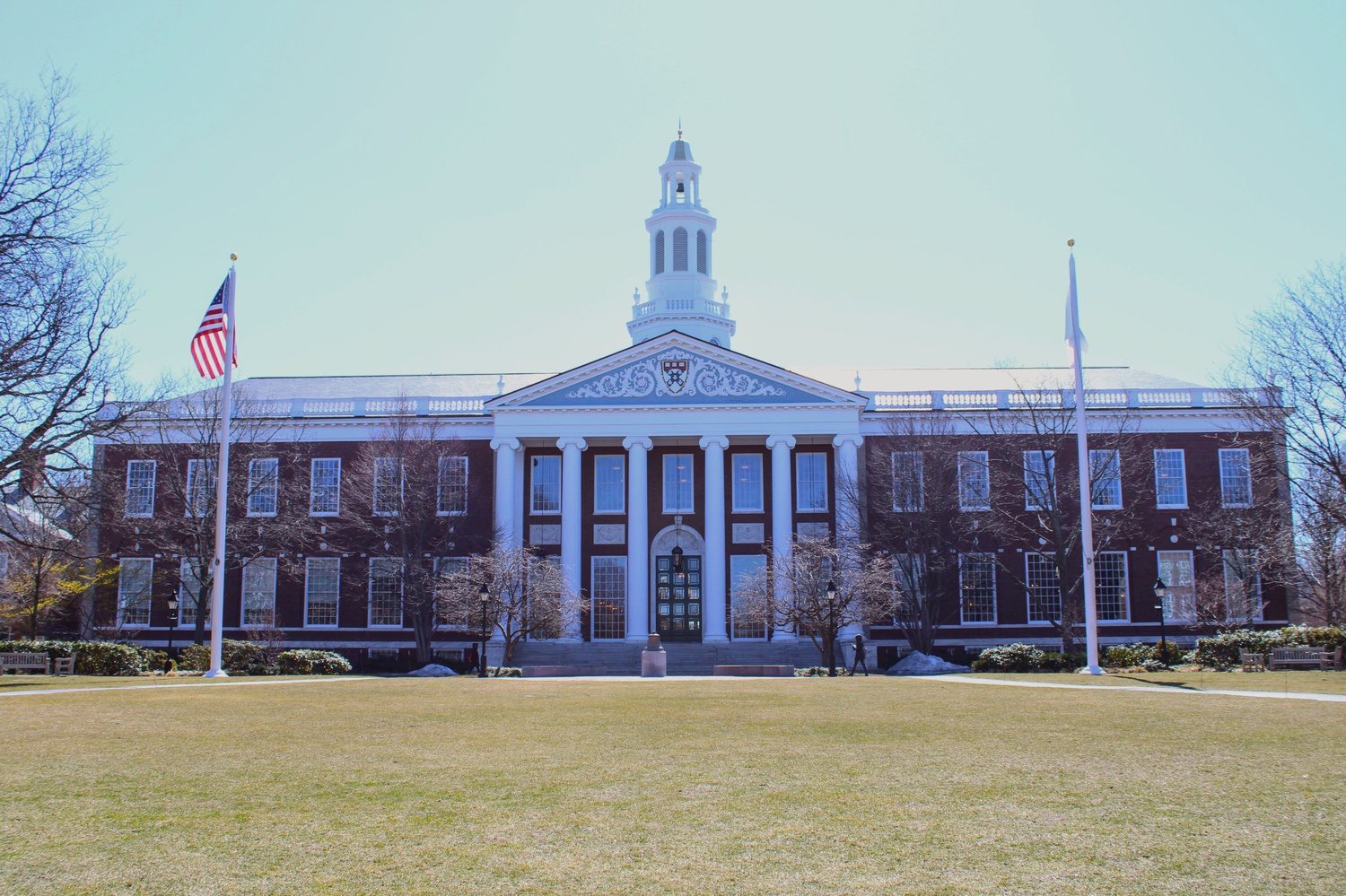 The Harvard Business School was one of two schools that the plaintiff of a federal lawsuit filed against Harvard applied to and was denied admission from. By Naomi S. Castellon-Perez
By Alexandra A. Chaidez and Aidan F. Ryan, Crimson Staff Writers

Lawyers for Harvard submitted a motion to dismiss a lawsuit filed by a transgender woman, dubbed Jane Doe, who is alleging that the University violated federal Title IX law and Massachusetts laws by discriminating and retaliating against her after she reported an admissions officer sexually harassed her.

In the motion, filed March 14 at the United States District Court for Massachusetts, Harvard’s lawyers argued the plaintiff’s claims are “procedurally deficient” and the complaint should be dismissed because “she did not exhaust required administrative prerequisites.”

“The balance of her claims fail because she does not allege – beyond conclusory statements devoid of specific factual allegations – that Harvard took any action based on her gender or gender identity,” a memorandum filed alongside the motion reads. “More importantly at this stage, the claims must be dismissed because Plaintiff's Complaint contains no factual allegations that support her conclusion that gender bias played any part in Harvard's admissions decisions.”

The motion also alleges that Doe was denied admission to Harvard Business School and the Harvard Graduate School of Education — the two schools to which Doe applied — because she was not a competitive applicant.

The motion stated Doe did not meet the “educational qualifications” necessary for the programs she applied to.

"There is not a single allegation in the Complaint that suggests that Plaintiff was qualified for Harvard’s programs, casts doubt on Harvard’s non-discriminatory reasons for denying Plaintiff’s admission, or supports an inference of pretext,” the motion reads.

Doe’s lawyer Cynthia E. MacCausland did not respond to multiple requests for comment.

The original complaint details several instances when the plaintiff said she was sexually harassed and discriminated against because of her transgender status. The plaintiff also alleges that shortly after reporting an admissions officer for sexual assault, she was denied admission to the Business School and the Graduate School of Education.

The plaintiff listed a series of demands in the original complaint, among them asking the University to issue a “declaratory judgement” admitting Harvard illegally retaliated against her in violation of Title IX and Mass. law. Title IX is a federal law that prohibits gender-based discrimination for institutions that receive federal funding.

The plaintiff also asked for permanent injunction “requiring Harvard to conduct all admissions in a manner that does not discriminate against transgender students and individuals”; legal fees and other costs; and other relief that the Court deems necessary.

Prior to submitting the complaint against the University in January, Doe filed a complaint with the Massachusetts Commission Against Discrimination on June 4, 2018, alleging the University discriminated against her based on gender identity. MCAD found a lack of probable cause in that case, but the complainant said the disposition “totally failed” to sufficiently address the assault and its alleged violation of Title IX policy.

The motion referenced the MCAD dismissal, which also noted that Doe was not a competitive applicant to either the Business School or the Graduate School of Education.

On the same day as the motion to dismiss, the plaintiff voluntarily dismissed her claims against Office for Dispute Resolution investigator Brigid Harrington who was listed in the original complaint. That office adjudicates formal Title IX complaints at the University.

University spokesperson Jonathan L. Swain declined to comment beyond the motion to dismiss and the accompanying memorandum in support.