Allston ArtLab to Open in September 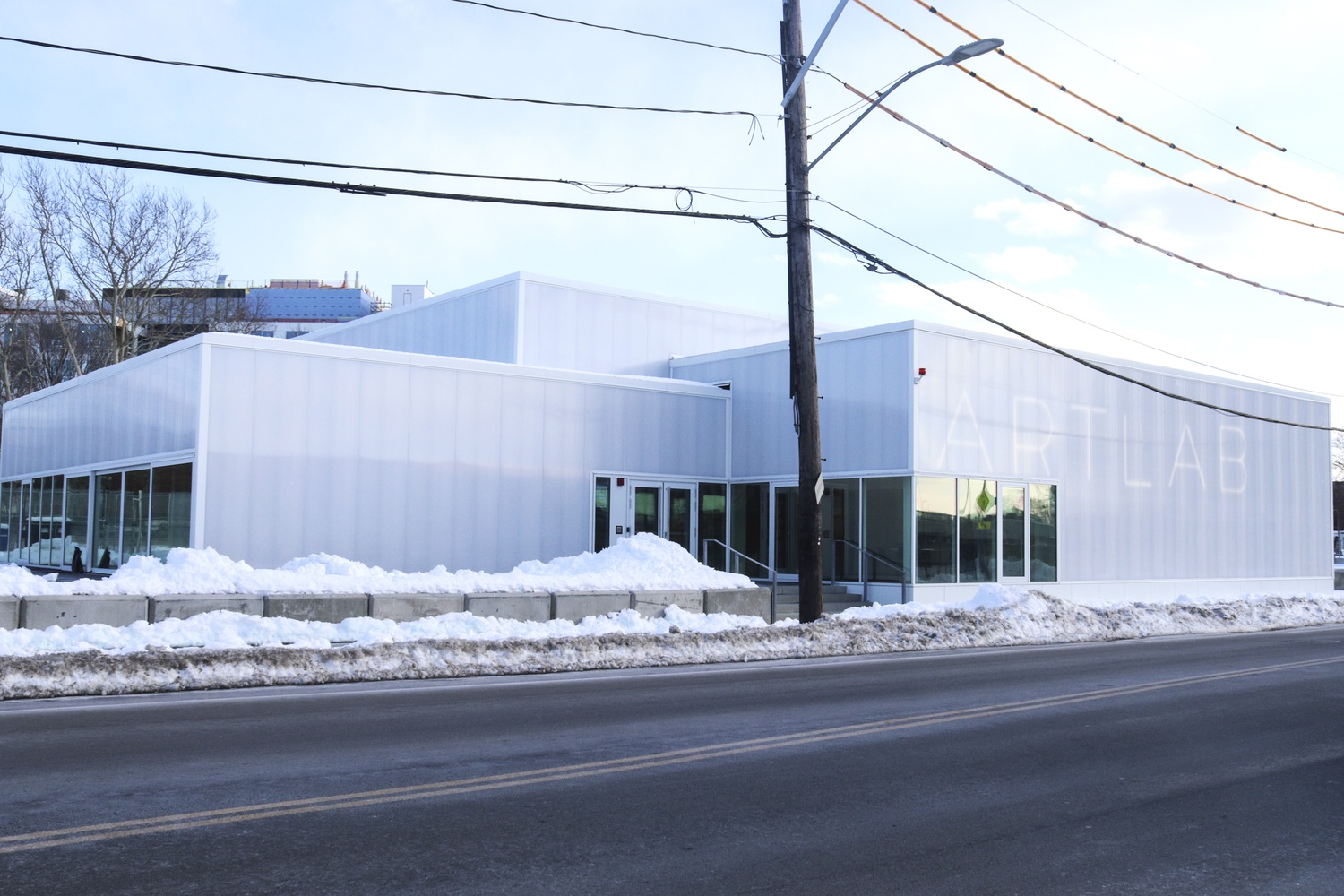 Harvard’s ArtLab in Allston, a facility devoted to artistic research and innovation, is expected to open in mid-September 2019.

ArtLab’s building was designed by Harvard Graduate School of Design graduates Regine B. Leibinger and Frank A. Barkow and is in the final stages of construction. When finished, the 9,000 square foot space, which is designed to be carbon net-zero, will feature eight rooms for artistic use including an artist workshop and a recording studio.

The ArtLab is a space designed to foster creativity with the goal of attracting a variety of artists to Allston, according to ArtLab director Bree Edwards.

“This space is really designed to encourage collaboration, to encourage interdisciplinarity and to be a space for artists who cross boundaries between disciplines,” Edwards said.

Edwards also noted the differences between the ArtLab and traditional artistic spaces, highlighting the space’s focus on the “making” and “process” of art.

“One of the questions that we have is how can we think about a space like an artistic laboratory differently than we think about more traditional spaces which are performance spaces or exhibition spaces,” she said. “Here we’re really focused on the making and the process.”

Associate Provost of Arts and Culture Lori E. Gross said she believes the ArtLab will inspire artistic advancement at Harvard by encouraging collaboration.

“We anticipate that new interactions between various communities will inspire projects and research that can come alive in the new Allston light-filled space. The building was made for collaboration with a sense of fluidity and transparency that will spark imagination and add to the richness of the arts at Harvard and beyond,” Gross said.

“We’ll have a visiting artists program,” she said. “So I’d say that’s beyond Harvard. But these are guests that will kind of catalyze new activity then we will work with students and faculty on developing projects, and then there will be times when the Allston and Boston community come in for specific engagements.”

“I think that I’m really looking forward to seeing what that programming looks like, because it will be really driven by who’s working there. And I think we don’t even know what that will be yet,” she added.

Edwards said she did not think that the ArtLab’s relatively distant location from several Harvard schools would significantly affect its ability to achieve its goals.

“I think we’re more interested in depth than masses of people,” she said.

While the ArtLab building is finishing construction, visiting artists will be testing out the space, according to Edwards. The ArtLab expects to host its official opening celebration in mid-September 2019.

Tags
Graduate School of DesignAllstonHarvard in the World