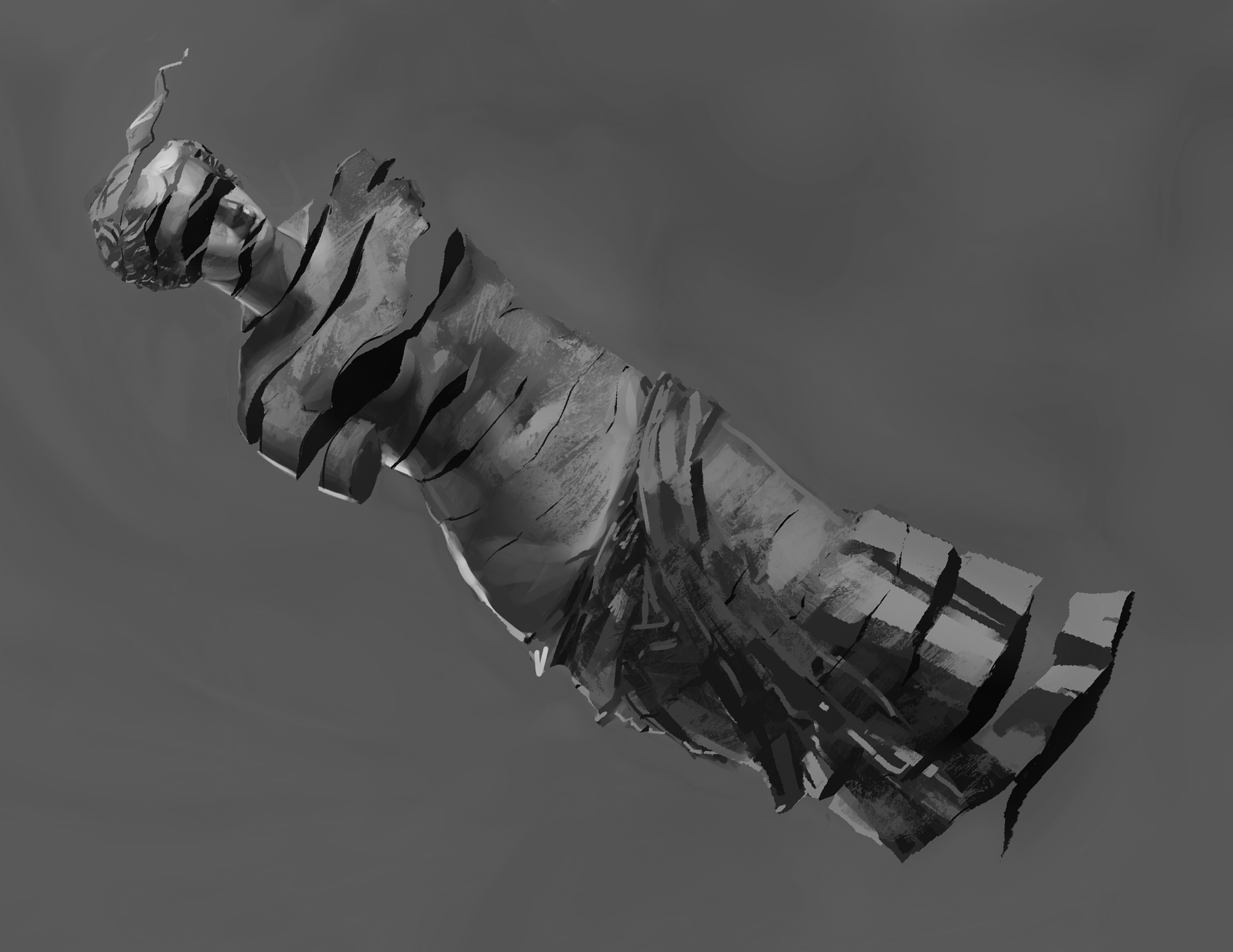 "But, as Dubrow and Nassif plan to “fix” a patient’s body part, they begin to claim each body part as their own creation. It became clear to me that the main tension is really about who owns each body part — the patient or the professional?"
Advertisement
Advertisement

Whose Body Part Is It Anyway?

Over winter break, I watched the first season of “Botched” in three days.
By Jensen E. Davis

My favorite episode of “Botched” is the one in which Dr. Terry Dubrow gives Janice Dickinson new boobs. Janice is one of three patients featured in the season’s second episode, entitled “Janice Dickinson Knows Breast.”

Over winter break, I watched the first season of “Botched” in three days. The premise of the show is as follows: in each episode, two middle-aged Beverly Hills plastic surgeons — Dr. Terry Dubrow (the king of breast augmentation) and Dr. Paul Nassif (the king of rhinoplasty) — meet three clients who want to “fix” their bad plastic surgery. Kimber wants a “cuter” and tighter vagina. A man known as the “Human Ken Doll” wants the doctors to rip muscles from his thighs and insert them in his pecs.

I’ve always liked Janice. I was first initiated into the reality TV genre at age 6 by two shows: “American Idol” and “America’s Next Top Model.” The aforementioned Janice, once a 1970s supermodel, served as a judge on “ANTM.” My entire reality TV host canon was partly informed by Janice.

Regardless, I think I liked this episode in particular because while watching, I started taking a mental poll — one I now conduct at the end of every episode. I call it “Whose body part is it anyway?” (In my head I imagine that a live-studio audience chants each word like it’s its own sentence). On the show’s casting website, the producers invite anyone who is “unhappy with their results” to apply. It seems like the main tension in the show is between the patient and their “botched” body part. But, as Dubrow and Nassif plan to “fix” a patient’s body part, they begin to claim each body part as their own creation. It became clear to me that the main tension is really about who owns each body part — the patient or the professional?

At the beginning of Janice’s episode, she sits in a plain gray studio and while looking directly at the camera, explains her breasts’ life story. She talks about them in terms of her career: Janice dishes that in the early 1980s, when she was posing in Versace advertisements and appearing expressionless on the cover of American and French Vogue, designers loved her barely-A-cup boobs.

They made sense, work-wise. She only got implants once she shifted from high-fashion to commercial modeling in the late 1980s. But 30 years later, her boobs started to pose a problem: She went to a taping of “American Idol” in a black mini-dress with a plunging neckline that showed off her cleavage. Tabloids published pictures of her chest with yellow circles drawn over the ripples of her silicone implants. They announced that the body that once made her money was sagging towards imperfection, and therefore, obscurity. Her problem didn’t seem like an aesthetic one, but rather a professional one. In the episode, before her consultation, she visits a stylist to pick outfits for New York Fashion Week, warning the woman that she needs an outfit that covers her chest because “I have tricky breasts.” Revealing the ripples means she wouldn’t look “perfect.”

The “Botched” theme song sets the stakes for this perfection. In the opening sequence, as doodles of faceless figures suddenly materialize on a sketch pad, a guy who sounds like the way Madonna’s backup dancers move faux-whispers “I wanna be sexy, I wanna be hot. Fix me, make me beautiful. I wanna be perfect.” The song offers three different routes — being sexy, being hot, or being beautiful — to perfection.

In seventh grade, I learned you don’t have to be beautiful to be hot. Dillon, leader of the popular boys (formally known as “D-Crew”) taught me this during lunch period one day. He explained that E, the heartthrob in middle school, was beautiful because her face was symmetrical, her nose bump-free, and her lips pillow-y. G, the hot girl in middle school, was hot because of the way she walked, the way she bit her lip, and the way she bent over to get pens from her backpack. You were born beautiful. But, you could work towards being hot: standing a certain a way, angling your butt in a certain direction, gazing with a certain intensity at people when they talk. Being hot and being beautiful were equally desirable. (During lunch period, boys played an impossible game of “who would you rather kiss: G or E?”) If you weren’t born beautiful, you could work toward a close enough approximation of it by becoming hot.

Being hot isn’t a superficial consideration. On the first night of spring break, I went to a panel to see Gary Indiana, an art critic/playwright/novelist, talk at an art gallery. A discussion about celebrity led Indiana to the faces of the current presidential administration. He said something very close to “we have one of the ugliest cabinets ever… I want to be convinced you’re right just by looking at your face.” According to Dillon’s definition, this ability isn’t limited to those born beautiful — you could also work towards being hot and acquire the same power.

According to “Botched,” not just anyone should become hot: Nassif and Dubrow are the gatekeepers deciding who’s permitted to enter the territory of “hot person.” During Janice’s consultation, she becomes a patient instead of a person. She meets Nassif and Dubrow in an austere office. The chairs are gray leather, dusty books that look like big Bibles line the office walls, and framed awards hang on the wall behind them. They sit with their arms folded thoughtfully on their laps, like judges waiting for a testimony. Nassif wears a lavender shirt and tie and Dubrow wears scrubs — together, they aren’t just doctors or businessmen, but both. And together, they regulate bodies: the men agree to do the surgery if satisfactorily persuaded by their clients. Dubrow explains the mechanics of Janice’s breasts to her. He explains how he will construct new breasts: He will “pick” and “peel” the muscle off her bone. It sounds like he’s making a clay figurine.

For a show all about plastic surgery, “Botched” is actually very anti-plastic surgery. The doctors won’t operate for the sake of it — in a later season, the doctors refuse to operate on a woman who wants twenty pounds of fat injected into her butt so she can have the biggest recorded butt in history because they deem it unnecessary, dangerous, and probably unattractive (in that order). They select clients based on their arbitrary metric of the productive value of their surgery. A porn star is granted a tighter vagina in part because it will look better on camera. Janice receives new implants because they’re a medical problem: Her implants are so old they might rupture. The doctors regulate people’s ability to become hot while selectively denying procedures to these clients, using their power to deem requests productive or medically necessary.

On the day of her surgery, Janice has been demoted from person to patient. As Janice lies in the hospital bed, wearing a hair net and blue hospital gown, make-up free, and slowly growing loopy from the nitrous oxide, the camera suddenly cuts to Dubrow scrubbing his hands and arms with soap. “Janice is a challenging patient,” he explains.

I usually close my eyes during the surgery scenes but I accidentally opened my eyes in the middle of this one. I saw Dubrow slice a hole in Janice’s breast so he could excavate the implant. Janice was unconscious, waiting for Dubrow to make her hot. In her first post-op appointment, Dubrow tells Janice she’s going to damage his work if she touches her chest: “I’ve got you in a good place anatomically.” At Janice’s seven-day check-in, she puts on a tank top, looks down at her voluptuous, ripple-free cleavage, and yells “I’m gonna rock these!” as if they’re a new pair of shoes she’s modeling. By the end of the episode, the show suggests they are Dubrow’s boobs,simply on display in Janice’s body.

In a six-weeks post-surgery clip, Janice reveals the benefit of her new boobs: She can successfully work towards being hot again. In the clip, she’s shooting a campaign for her skincare company. She walks on set wearing a white Hervé Leger with a plunging neckline that shows off her ripple-free boobs. Thanks to her new boobs, she will “be going to the beach and getting the skimpiest bikini I can get my hot little hands on.” Janice didn’t feel like she could work with rippled boobs, but “after [her] experience with Dr. Dubrow,” she’s “looking better than ever.” It’s not simply how she works her breasts but how she works the breasts Dubrow gave her.

One of my favorite pictures of Janice is from her Versace 1980 spring-summer advertisement. Janice, Jerry Hall, and another model each wear tacky capris and white trench coats that look like lab coats. Each one’s hair has too much volume. But Janice still looks hot: She stands in contrapposto, sticks her butt out slightly, tucks her hands in her pocket, and scowls vaguely at the camera. She’s working the mustard-yellow capris,making them look so hot that a man with angular cheekbones and huge biceps literally claws at her feet, resting his head on her leg, looking both distracted and perturbed by her appearance. By the end of “Botched,” Janice slumps in a chair as Dubrow styles her new boobs in a tight navy tank top.