Maria Popova on the ‘Figuring’ of a Beautiful Life 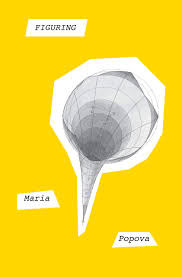 “There are infinitely many kinds of beautiful lives,” writes Maria Popova in the introduction of her debut book, “Figuring.” The central question with which Popova is concerned is one that is far from original — generations of philosophers before and after have and will continue to ask: “What makes a beautiful life?” Yet the answer that Popova finds is neither repetitive nor tired.

“Figuring” hovers somewhere between the poetic and the literal, the fictional and the non-fictional, biography and autobiography, history and speculation. Through a mosaic of biography, told in a narrative style and punctuated with prose poetry, Popova’s “Figuring” is both scientific history and philosophical theory. The liminal nature of the book itself seems an apt reflection of Popova’s primary concern: The nonlinearity of lives and universes, which are comprised not of traceable trajectories and chronological happenings, but orbital acts of figuring. Of meaning-making through the lingering between, and at the intersections of, the orbits of various bodies — celestial bodies, perhaps, but more importantly, human ones. All are figured, in every moment, by incidental collisions between their own orbits and the oscillating bodies of others.

Popova explores this project of self-construction through the words of canonical transcendentalists such as Emerson and Thoreau, but synthesizes a final philosophy that is quite emergent and brilliant. Taking spliced histories of scientists, poets, and philosophers such as Emily Dickinson and Maria Mitchell, Popova’s “Figuring” is a spectacular and combinatory collision of multiple biographical landscapes, which, joined, tell a revolving, multifaceted history — and future. The result is a philosophy of “existential ecology,” a challenging of the idea of a static self and understanding that “throughout life, our habits, beliefs, and ideas evolve beyond recognition. Our physical and social environments change. Almost all of our cells are replaced. Yet we remain, to ourselves, ‘who’ ‘we’ ‘are.’”

Different from the self-grandiosity of Emerson and Thoreau’s absolute faith in the infinite potential and genius of the self is Popova’s quiet postulation that we, each and every one of us, are “BY GENIUS BELONGING TO THE WORLD. It strikes [her], this existential ecology, as the simplest, most perfect measure of an actualizes life.” Infinitudes may exist, but we, nevertheless are finite creatures. We may be genius, but we, and our genius, belong to the world. Transcendence is unnecessary and impossible — this earthly belonging, for Popova, is where the beauty in human existence originates. What makes our lives beautiful is the indelible yet constantly morphing web of connections (the ecology of the universe) that form the fractal geometries of the things we do, the people we love, and the world we study. The impulse of Popova’s thought is stunning in both its scope and execution — mosaic-like biographical stories of scientific and literary women figures combine to teach something fundamental about how to live our lives.

Devoid of the characteristic melancholia that often haunts existentialist works, Popova’s message is one of pure fascination and appreciation for the ephemeral and ecological natures of our lives. Rarely is a book of philosophy a page-turner, but Popova’s “Figuring” is a noted departure from the dry words of old white men that comprise the “Philosophy” section of a bookstore or a library. Hers is an enlightening theory of existential ecology — it is a shiningly femme, revolutionary, and poetic piece of literature.

As “Figuring” ends, “The atoms that huddled for a cosmic blink around the shadow of a self will return to the seas that made us. / What will survive of us are shoreless seeds and stardust.”