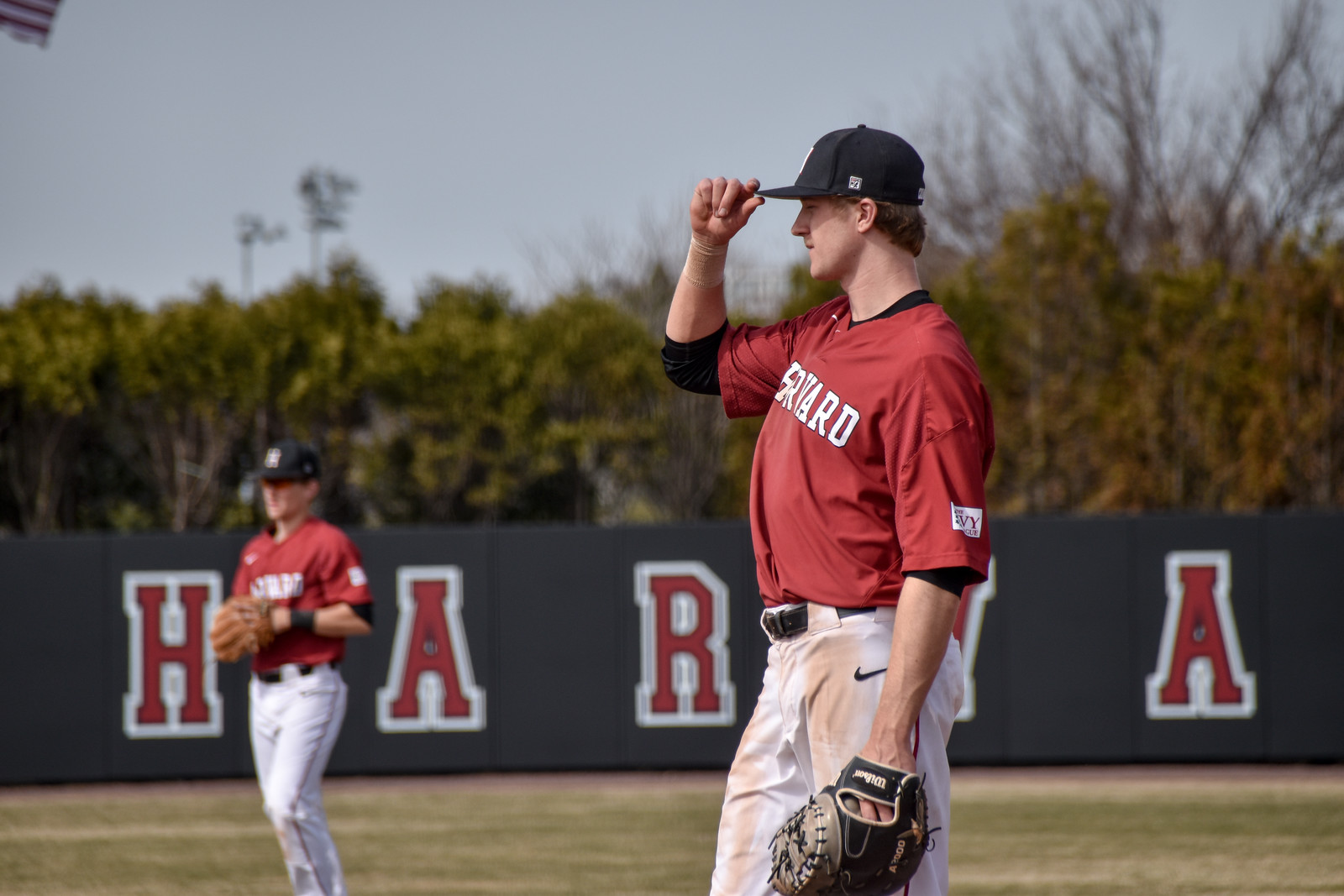 Through March 25th, senior first baseman Patrick McColl was hitting a blistering .515, ranking first in the nation in batting average, winning three of the first four Ivy League Player of the Week awards.

Since then, McColl has cooled down to a still stellar .442, good for 6th in the nation in batting average. Hitting in the heart of the lineup, McColl has been the catalyst for a strong start for the Harvard Baseball team as they have gone 14-6 overall and 4-2 in the Ivy League.

“It feels great. It’s been pretty fun so far. You kinda go up there and try to get a hit every time you get up, and it’s been happening a good amount for me,” commented McColl on his early season success, “It definitely helps to have Jake Suddleson behind me in the order. He’s been hitting really well too, so I just think about that in the back of my mind when I’m up at the plate.”

The mentioned Suddleson is batting a hot .355 thus far, making the one two punch between the two, a key piece of the Crimson offense. The pair has accounted for just under half of Harvard runs, demonstrating their value to the team’s overall success.

In addition to his high batting average, McColl has hit 6 home runs and has batted in 25 runs. He ranks 4th in the NCAA in hits per game at 1.9 and 7th in slugging percentage at .826. It’s clear that McColl is not just a slap hitter poking singles just over the infield. He has hit for both power and average, anchoring the third spot in the order for the Harvard team. Much of his incredible success this year is due to some strategy change and dedicated hard work in the offseason.

“You’re just playing baseball, and something kinda clicked a little bit with my swing path,” McColl said about his tweaks to his swing, “[I’m] trying to get under the ball and put balls in the air - I’ve been trying to work on that over the summer and continue into the season, and it’s been working.”

There is no better way to provide context to this start than looking at the record books. If the season ended today, McColl would land second in all time single season batting average, just behind the leader Mike Stenhouse who hit .475 way back in 1977, and just above Barry Wood who hit .440 further back in 1932. The point is, this accomplishment is rare for any college athlete across the country and especially rare for any recent Crimson hitters.

However, this is not entirely uncharted territory for the infielder. As a sophomore, McColl hit a strong slash line of .355/.459/.621 on the way to All-Ivy League second team. Last season was not as strong for McColl on offense, but he found other ways to produce, leading the team in putouts and fielding percentage. This is one of the reasons McColl is more than a just a hitter. A leader on and off the field, the senior encapsulates hard work, which his teammates follow to their benefit.

“He’s so fun to play with. He’s a good leader and leads by example,” stated senior pitcher Kevin Stone on McColl, “he’s not a guy who jumps down your throat or yells at the top of his lungs all the time. He’s a quiet leader everyone feeds off. His energy he brings to the game makes him a pleasure to play with.”

McColl is a leader, incredible hitter, and the guy who the team counts on in big spots. As a freshman, the first baseman had the talent and skill to take him far, but his development has been up to him. He, every step of the way, has remained committed to making himself the best player he can be and the work is paying off this season. The effects have rippled throughout the team as the Harvard squad is playing with high confidence through the first month.

“I think that having that camaraderie and that confidence in the dugout really helps in games. You look in the dugout and you can compare our team to whatever team we’re playing - our team is usually having more fun, joking around and staying loose but also focusing in game,” commented McColl on the keys to the team’s strong performance, “I think that’s the way you gotta play baseball, because at the end of the day, it’s just a game and you’re trying to have fun.”

Looking forward, the baseball team has three games home against Yale this weekend. The team is excited for the rivalry matchup, riding the early season success. McColl will look to continue his hot start throughout the month, helping the Crimson to key victories in the process.