It Runs in the Family: Matthew Ctvrtlik's Journey to the Ivy League 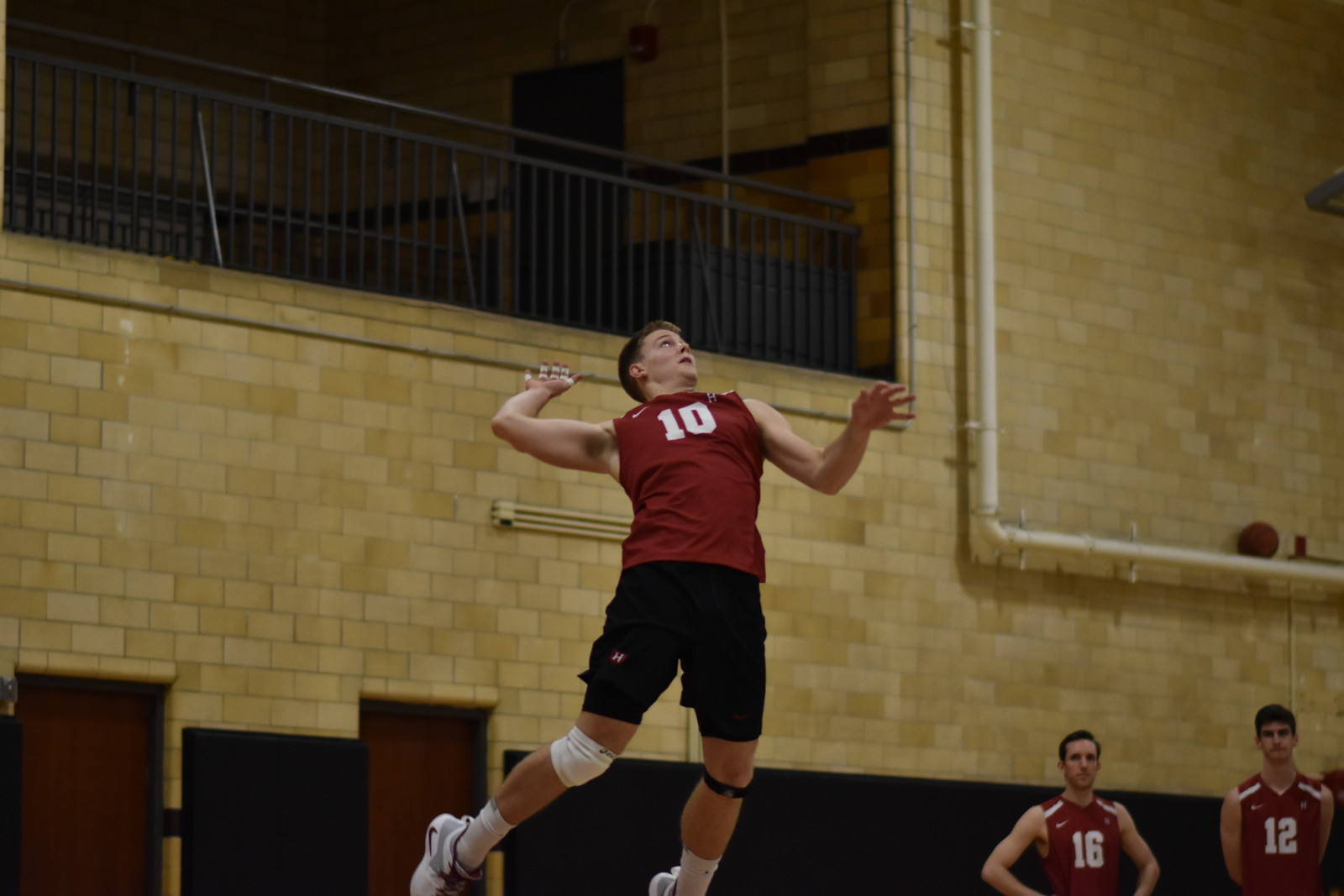 For Matthew Ctvrtlik, a current junior and co-captain of the Harvard Men’s Volleyball team, volleyball had always been a part of his life. From a young age, his family had played volleyball and other sports together. So, when he made the transition to playing team volleyball in seventh grade, he found that the game came naturally to him.

“Volleyball was definitely a huge part of the community that I was in growing up. We had a middle school league and some of the teachers would even ref the games. In seventh grade, when I joined the middle school team, I really started becoming invested in the sport. I still talk to some of my great friends on that middle school team.”

As he transitioned to high school, Ctvrtlik found that his time was split between both volleyball and basketball. However, as his eye turned toward college, volleyball won out.

“Playing club volleyball in high school definitely let more college coaches see me in terms of scouting. Also, I played varsity volleyball for all four years of high school in a community of southern California that’s really strong in volleyball. But I as soon as I heard that Harvard wanted me, choosing to go here was definitely an easy decision for me. I love it here.”

“In my senior year of high school on my official visit, I was sitting outside of Eliot Courtyard and I was talking to my Dad on the phone and it was a beautiful weekend in the fall. I remember telling my Dad, ‘Hey, I think I could really see myself here.’ And that definitely summed it all up. The weather was nice, I was surrounded in a place that was wonderful and academically challenging and I loved every part of my visit.”

As a freshman and sophomore, Ctvrtlik overcame the natural adjustment from high school to college, both on and off the court. From starting college weight-training regiments, as well as focusing on fundamentals, the Newport Beach native quickly adapted to the steep learning curve.

“Definitely the biggest change is that everyone is taller and jumps higher. Physically, everyone’s a lot more gifted, and as a freshman, I hadn’t done any college training or experienced the speed of the game that college offers. It was definitely a wakeup call, as I didn’t even play the first month or so of season as I was still adjusting to college ball.”

“As a freshman, I was welcomed so quickly by the team. Being a younger guy on a team is difficult. You’re trying to fit in with the team, both on the court and off the court. Not only is there this period of your niche on the team, but for me there was also a focus on competing for that starting spot.”

However, last year, Ctvrtlik became one of the few junior captains in Harvard’s Men’s Volleyball history.

“Traditionally, at the end of the season, the entire team votes on who the next year’s captains will be. As a junior, this leadership role has definitely been one of the more challenging aspects for me personally. You need to find the balance of captaining and being a supportive friend; Everyone on the team is a grown man and is smart, intelligent, and a friend.”

In speaking about his role as a captain, Ctvrtlik put the emphasis on his team and his co-captain, senior Trevor Dow, before any personal achievements.

“I’m so proud of my team – I don’t want to sound like a broken record, but the guys are just amazing. Trev and I have worked out together really well and it’s definitely been a highlight of the season. The entire team has just blown past any of my expectations as people, players, friends, and just who they are. I’m just so happy that I’m here at Harvard playing volleyball.”

In regard to future endeavors with volleyball, Ctvrtlik could only chuckle and give a guess at what would happen in the future.

“Future volleyball career… maybe? I’m not exactly sure. I’ll be in southern California this summer which will be conducive to playing beach volleyball and indoor volleyball in my free time. I would love to continue playing volleyball. There’s always a bigger plan out there and I know hard work always pays off. So, I guess we’ll see where this path is going to lead.”