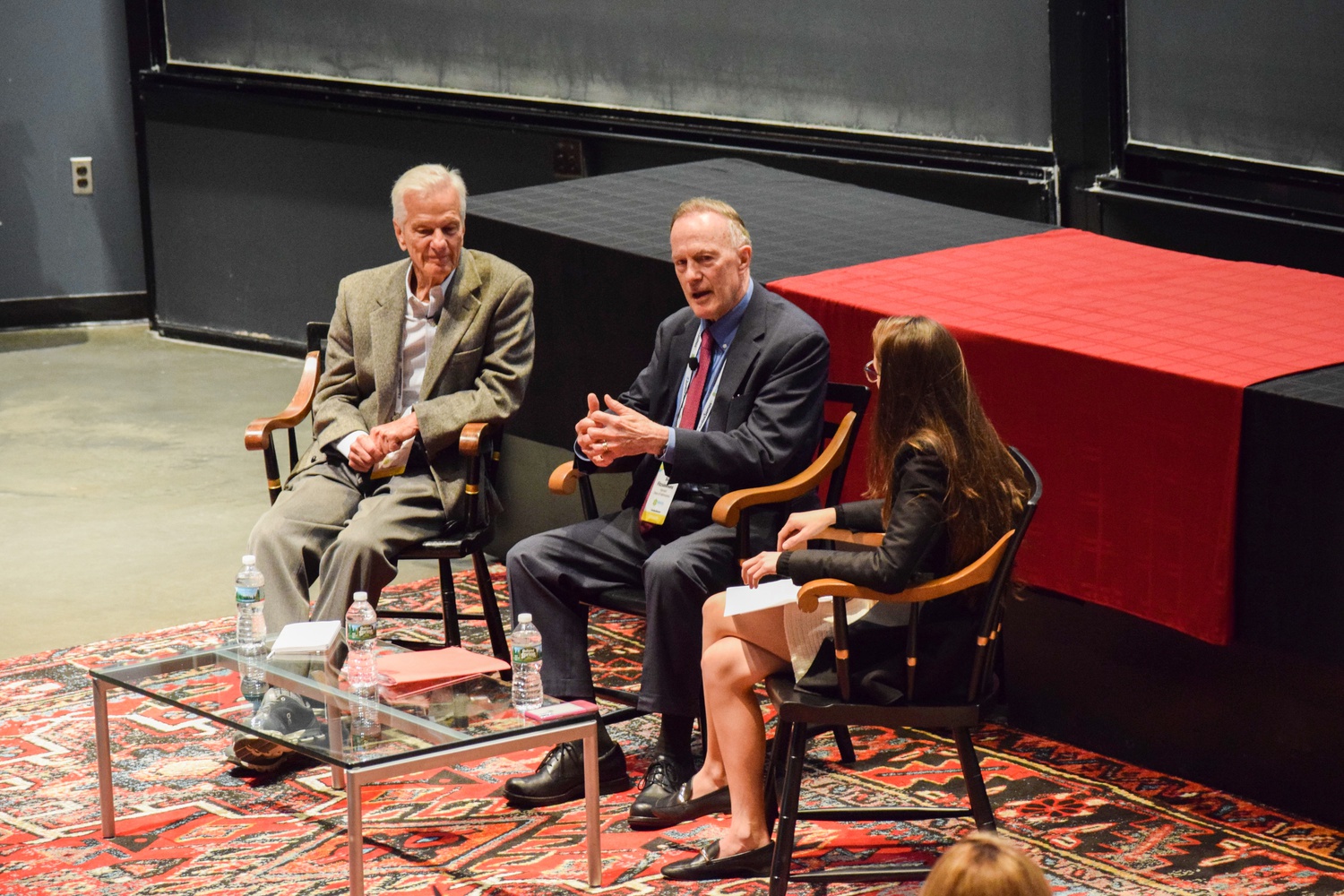 With the theme “Juntos Somos Mais” (Portuguese for "Together We Are More"), this year’s conference saw an approximately 50 percent increase in the number of attendees from last year. The weekend-long event also welcomed billionaire businessman Jorge Paulo Lemann and former Ecuadorian president Jamil Mahuad.

The conference’s mission was to bring Brazilian conversations about business, politics, and technology to Harvard and MIT, according to conference co-president Pedro Farias ’20.

“Distance allows us to create a platform of dialogue and conversation that would not be possible in Brazil,” Farias said. “We think that the community of Brazilians in Boston is very strong … and that allows us to have this form of debate.”

Cardoso, Mahuad, and Gonzalo Koncke, chief of staff of the secretary general of the Organization of American States, spoke on a panel entitled “Diplomacy” on Saturday.

Later that evening, Lemann along with the College’s Dean of Admissions William R. Fitzsimmons ’67 spoke to a packed lecture hall of audience and press members in a session titled “Developing the Leaders of Tomorrow.” When asked how they define “great people,” Lemann — whose firm 3G Capital owns Kraft Foods and Burger King — spoke about how he chooses people to work alongside him in his businesses.

“The basic principles are basically people who can do very well on their own, people who have proven they can get something done, people who can work for others, and people that are totally ethical,” Lemann said.

Fitzsimmons spoke about how he chooses to admit students who he believes will be successful at Harvard and cited diligence as a key factor.

“A lot of people, I think, may underrate the value of hard work,” Fitzsimmons said. “They might think that flash and charisma or superficiality might win the day, and about 99 percent of the time, it’s going to be hard work.”

Farias said that one of the highlights of the conference was orchestrating a surprise in which he brought out 3G Capital executives Carlos A. Sicupira and Marcel H. Telles to meet with Lemann. The trio have been business partners for decades but “are never seen together in public,” according to Farias.

Leading a team of more than 100 conference organizers comprising students from Harvard, MIT, and other universities, Farias called this year’s conference one of “breaking records.” In addition to the 900 who attended in person, Farias say more than 30,000 people watched online.

Elene Silva, a freshman at Emory University who attended the conference, said the weekend allowed her to connect with Brazil from thousands of miles away.

“You like to have a part of home in the U.S., so everybody here speaks Portuguese basically,” Silva said. “So to me, it’s more than just a way to debate, to connect with companies and employers. It’s something really good to reconnect with my country and be able to really understand what’s happening down there.”