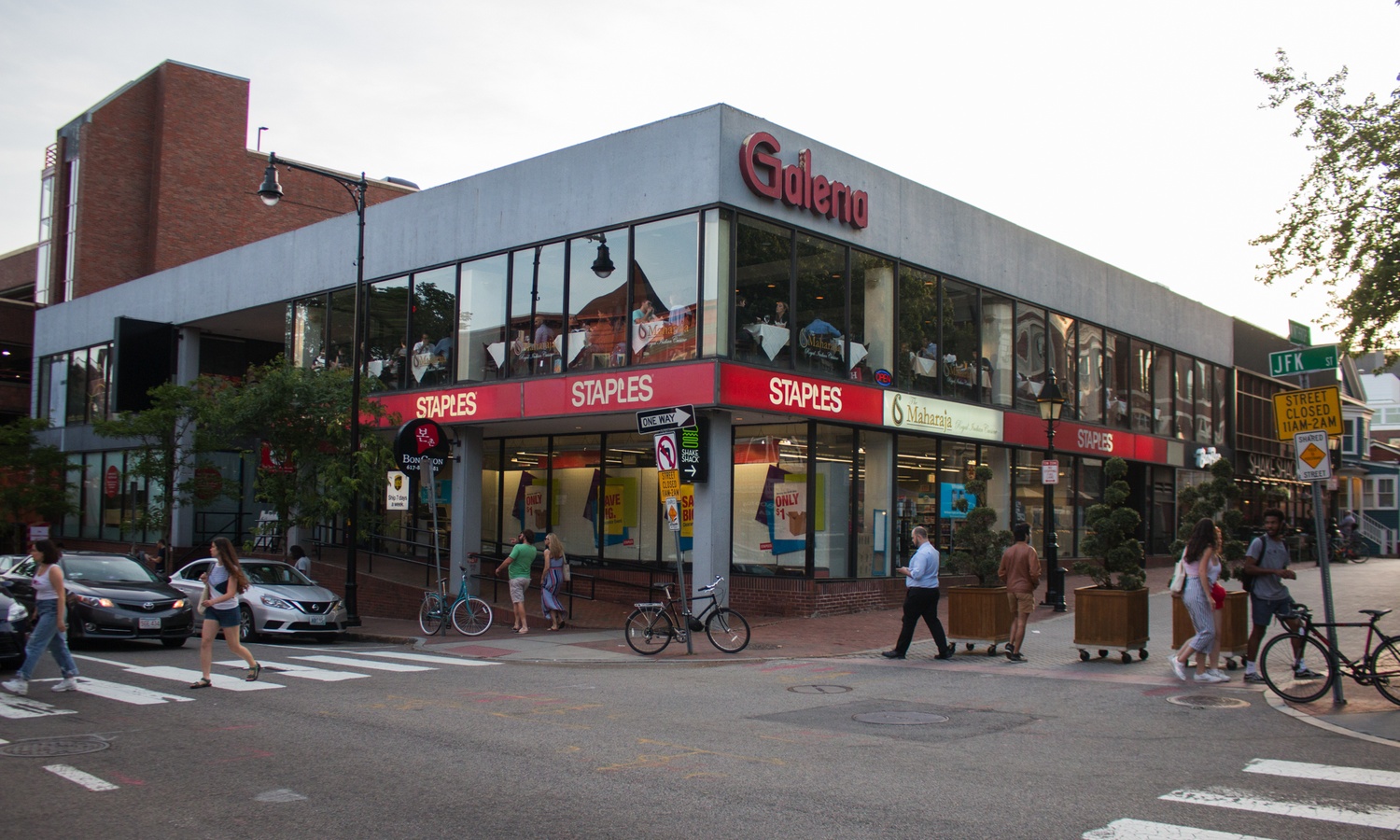 JFK Street, pictured here in 2018, was the site of a shooting early Sunday morning, according to a Cambridge Police Department alert By Caleb D. Schwartz
By Ema R. Schumer, Crimson Staff Writer

The Cambridge Police Department is investigating a report of gunshots fired on Eliot Street near JFK Street at 3:30 a.m. Sunday morning. The incident resulted in one person — a Cambridge resident — injured, according to a citywide alert.

City dispatchers received a call early Sunday morning reporting that shots had been fired in the area and a suspect was fleeing the scene. Responding CPD officers found multiple shell casings on Eliot Street, according to the alert.

The CPD alert, sent to residents subscribed to its email alert system Sunday just after 8 a.m., also stated that prior to the shooting, altercations between two groups took place around Harvard Square.

CPD has not yet made any arrests directly related to the shooting, CPD spokesperson Jeremy Warnick wrote in an email to The Crimson. CPD has arrested a 27-year-old male resident of Roxbury — who was involved in the altercation between groups — and charged him with Distribution of a Class D Drug. CPD is investigating his connection to the shooting as a possible witness or involved party, Warnick wrote.

The CPD email indicated that the sole victim was an 18-year old Cambridge resident who sustained non-life threatening injuries and received treatment at a nearby hospital.

No known Harvard affiliates were involved in the shooting, according to Warnick.

“HUPD officers were on scene and after consulting with Cambridge Police determined that there was no active threat to the University,” he wrote in his email to students.

Several students living in Kirkland House, which abuts Eliot Street, said Sunday evening that they neither heard the gunshots nor had any knowledge of the incident until they received Catalano’s email.

CPD detectives plan to review video surveillance footage of the surrounding area and speak to any witnesses, according to the alert. They also encouraged anyone with information to reach out to the department.