Summer Postcard: The End of the World, Literally 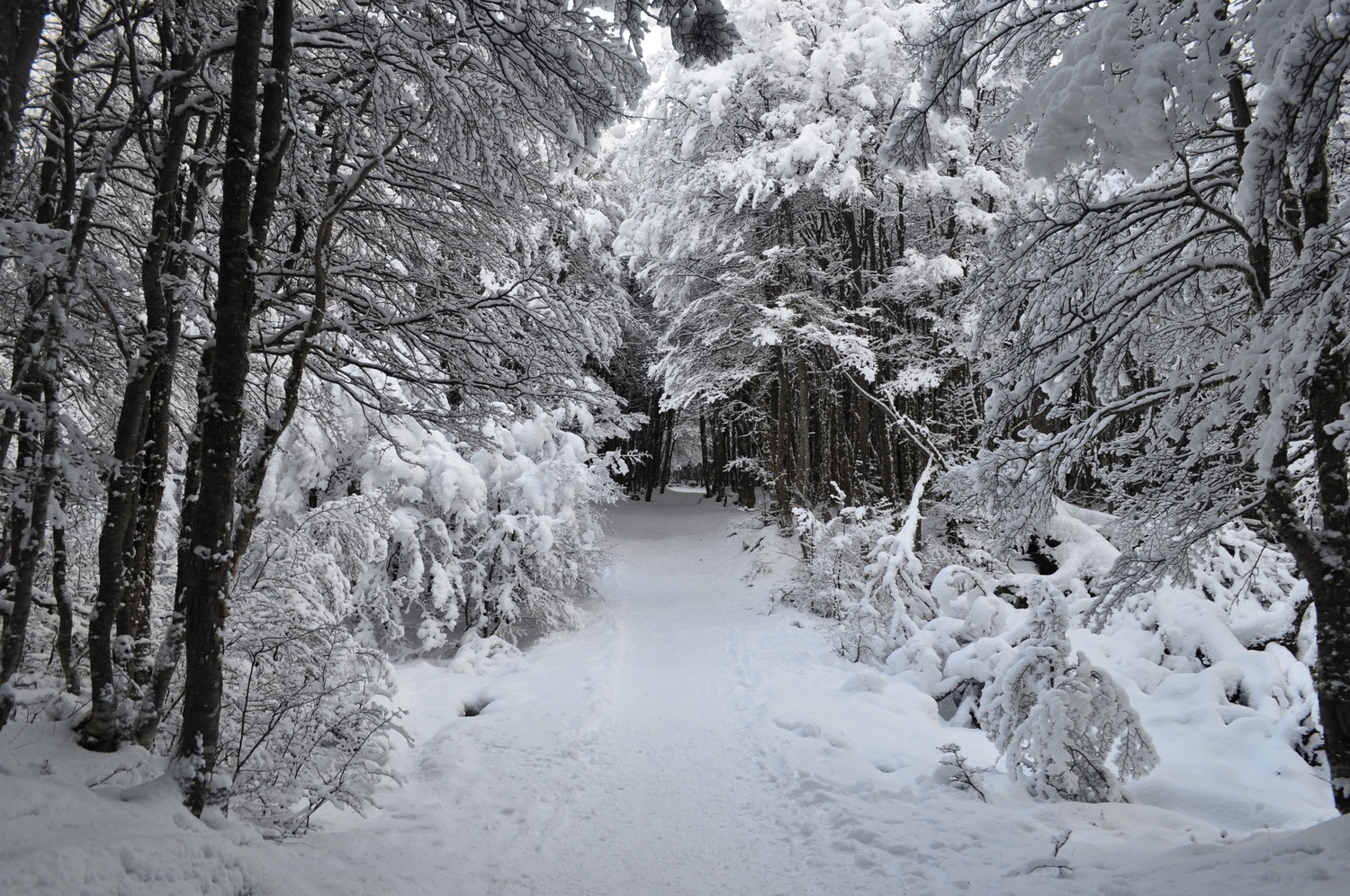 USHUAIA, ARGENTINA – At the end of the world, there’s a town that embellishes the foot of mountains while pearly glaciers dazzle on their peaks. I landed on the shortest day of the year: the summer solstice. From the plane, I only saw the marble below consisting of mountain and valley, so when I landed unprepared in that small beautiful town, I anticipated none of its nuances.

My two days remained jam-packed with memories. My favorite includes the fun, semi-futile trek shortly before sunset through woods on a two-hour trail to find Laguna Esmeralda. All that happened after a fiasco at an unexpected police checkpoint where we almost were ticketed and got the rented SUV impounded for jamming nine bodies into the seven-person bubble.

Trouble began at the trailhead, which we could barely find. Snow suffocated the wood from the stairs and rose just enough to turn the stairs into a slide: The rail was the only hope for balance. I knew this, but still decided to run down because this too would give me balance and speed. The choice for that mindset — of running rather than tiptoeing cautiously — set off the trail ahead that I’d never take back.

Nine of us flurried onto the trail, and though I was with a few others in the front, we didn’t realize until a little bit beyond the brink of trees that blue squares led the way. There were many red flags like this that we acknowledged, brushed over, and giggled about as we continued into the unknown giddy to be alive and exploring. Ninety minutes before sunset, we found the sign that explained the walk to Laguna Esmeralda was two hours and we acknowledged incomplete defeat. We could still see something, so I suggested we jog for a bit then jog back. The pack split.

Nobody was ready for the trail. Yet with bodies adorned in tennis shoes and seldom sufficient layers, we jogged through that forest aching for our toes to feel again and dodging little avalanches of shaken tree branches. Occasionally, a blue square hid behind a branch at a fork in the road where tracks went both ways. Though told otherwise, I continued to fear the (nonexistent) animal that would attack us. All to my surprise, that animal was a fellow human.

He stopped us on his skis with his walking sticks and a gang of followers behind. A soft inquiry woven with puzzlement transformed as the guide realized this group of ignorant young people were literally running into the icy forest while the sun slipped behind the mountains. By the end of his word melee — his pack looking half-amused, half-blank — we got some helpful information: Body rescues happen weekly there, the rescue line was 103, and the clearing ten minutes ahead should be our turning point. He and his pack swayed away in boots, with skis, holding walking sticks, and all. We continued ahead toes wet and eyes bright.

Some iced trees ahead, we reached the clearing where we entered an asymmetrical bowl bounded by mountains and masses of trees on the other side. There was no sound but our imbalanced paws crushing snow in the background of our adoration and sudden serenity.

Maybe this is why the branches threw snow at us: If only you understood the way a troop of footsteps disrupt the peaceful silence of fallen snow on a still world.