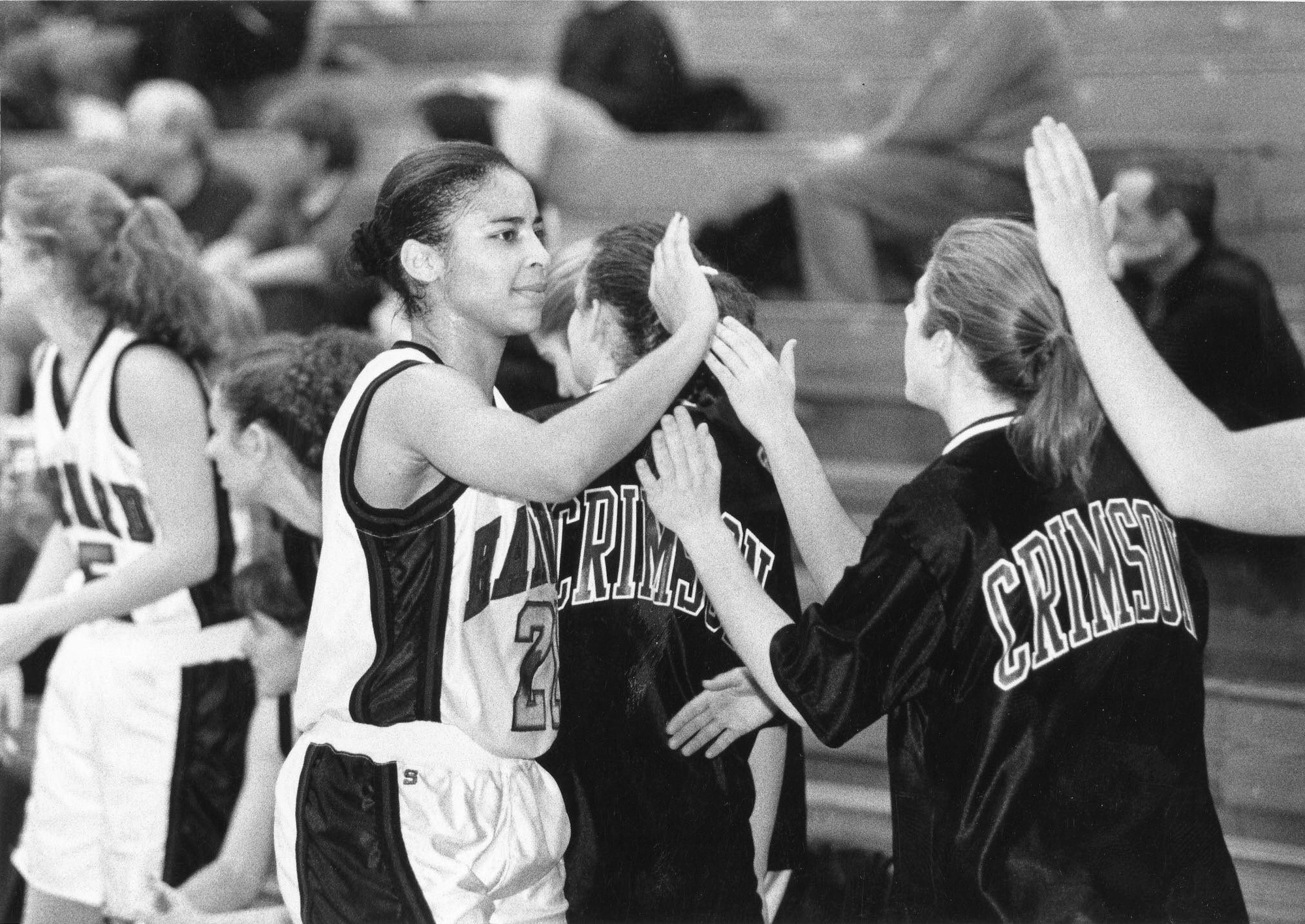 Since leaving Cambridge as the most decorated scorer in program history, Allison Feaster ‘98 has traversed the world, playing 10 years in the WNBA and nine more across Europe. A trailblazer in numerous ways for Harvard Basketball, Feaster is now back in familiar territory — and unsurprisingly — breaking new boundaries again.

This past week, Boston Celtics President of Basketball Operations Danny Ainge announced the hiring of the former Crimson standout as the team’s new director of player development. Feaster follows new assistant coach Kara Lawson as the team’s second woman to join the basketball operations side this offseason.

“It’s more so about providing opportunities and opening doors for two of the best qualified candidates they possibly could get,” Feaster said. “Kara [Lawson] obviously has a wealth of knowledge in basketball and she’s doing an awesome job on the floor with our guys now. I’ve been in this game for a long time… and I’ve gotten the opportunity to learn from the experts at the Celtics, influence our players and try to blend my years of experience with their journeys.”

For Feaster — who previously worked in personnel relations for the NBA’s developmental league, the hiring by the Celtics marks a “full-circle” moment since her first days in New England as a college freshman.

“It’s a surreal moment. I remember the first time my mom dropped me off at Harvard Square and the culture shock,” Feaster said. “Now it doesn’t feel as strong of a change for me, but it’s very humbling and simply amazing to be able to join the Celtics organization and to be back here as well...You just take the call [from Ainge] and you can't say no.”

The hirings of Feaster and Lawson come during an era in the National Basketball Association when women have earned their first seats on the bench. Since Becky Hammon became the first female full-time assistant in 2014 for the Spurs, seven other female coaches have been hired as assistants, with three brought on this offseason.

Similar progress has been made in the front office: the Memphis Grizzlies, for example, employ five female vice presidents. Numerous league executives including NBA Commissioner Adam Silver have openly expressed their desire to see greater diversity in basketball operations leadership.

“I think that the biggest thing is I believe men and women are different and they bring a different perspective,” said Ainge at a WBUR event on Friday. “ … (Lawson and Feaster) are very, very well-educated, experienced in the world of basketball, and I think they’re going to bring great perspective to our coaching staff and to our entire organization.”

One perspective that may soon be introduced at Boston Landing will come from none other than long-time Harvard women’s basketball coach Kathy Delaney-Smith, who has long made team mental fortitude and grit a core component of the program.

“Kathy’s philosophy, Kathy’s coaching style, her mentorship are what guided me in a plethora of different environments across the globe,” Feaster said. “We always joke about her mantra, ‘Act as If’, but it’s so applicable in any team setting. You really have to embrace your role and do it to the best of your ability. It’s definitely something I’m going to take to our guys.”

Feaster’s hiring is the latest connection between Harvard and the Celtics. Former C’s strength coach Bryan Doo served in an advisory capacity for the men’s program the last two seasons, while guard Jaylen Brown publicly expressed his desire to take classes in Cambridge during a 2018 talk at the Harvard Graduate School of Education. Prominent executives including Managing Director Steve Pagliuca and Assistant GM Mike Zarren also hold advanced degrees from Harvard.