You Go Too Fast for Me 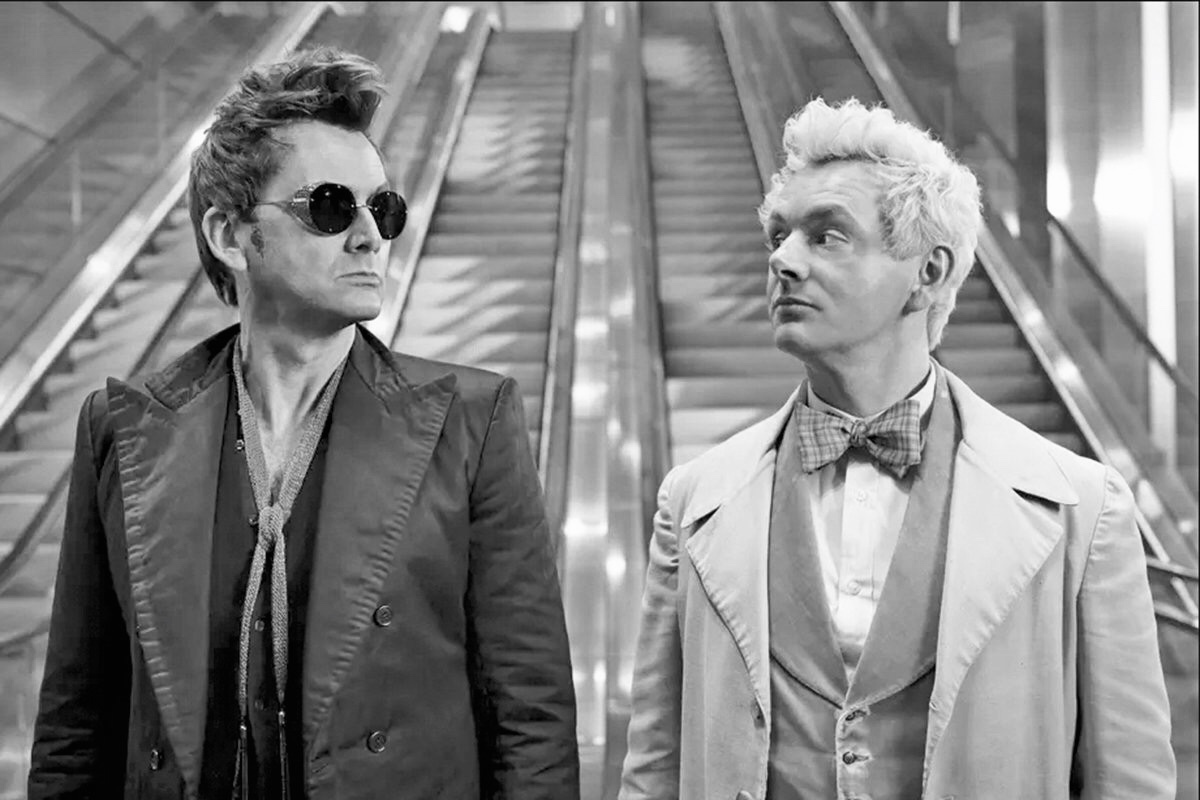 I consider myself an expert in unrequited love. Frankly, I enjoy it: the stress of trying to hide my affections, the butterflies in my stomach whenever I talk to a crush, the fantasies of a first date. I’m still waiting for my seventh grade crush to fall in love with me, even though we’ve barely talked since then. I deserve an Olympic medal in pining, or at the very least, a Girl Scout badge. Likewise, I prefer my love stories to be full of longing. For me, romance is best when drawn out, but most of the rom-coms I watch manage to blow through a whole relationship in under two hours. It’s horribly disappointing. That’s why I was delighted when “Good Omens,” an Amazon Prime miniseries based on the book by Terry Pratchett and Neil Gaiman, came out this summer. The show manages to prolong a will-they-or-won’t-they situation beyond belief. Two hours of pining? Ha! Try 6000 years.

In case you haven’t yet had your emotional stability ruined by the show’s display of yearning, “Good Omens” is about the apocalypse. Except in this iteration, the Antichrist, whose arrival signals the beginning of the end times, is an eleven-year-old boy, and the opposing representatives of heaven and hell who were supposed to influence him to choose the right side realize, with five days left until Doomsday, that they’ve been fighting over the wrong kid. Hijinks ensue as the angel, Aziraphale, and the demon, Crowley, attempt to find the true Antichrist, and maybe even stave off the end times. Aziraphale and Crowley do all this while having had crushes on each other since the very first days of creation. For a show supposedly about the apocalypse, it’s really more concerned with what it means to be in love with your best friend, who just so happens to be your enemy in the battle for eternity.

Of course, not everyone wants to read Aziraphale and Crowley’s relationship as a love story. Gaiman, who wrote the scripts, has stated many times that, despite the characters being played by two men (Michael Sheen and David Tennant), the angel and the demon are actually agender, asexual, supernatural beings, and therefore it’s a story about friendship, not romance. But as this excellent article makes clear, there’s no way Aziraphale and Crowley aren’t in love; there are simply too many nods to it in the book and on the screen. Even Gaiman hasn’t been able to avoid stating that “lots of people have chosen, not unreasonably, to ship [Crowley] with Aziraphale.”

Despite Gaiman’s mixed messages, “Good Omens’” third episode does a thorough job of fleshing out Aziraphale and Crowley’s love story. In a 30-minute long cold open, we see them fight and flirt and fall in love through the ages. They meet in the Garden of Eden, reconvene at Jesus Christ’s crucifixion, attend an early performance of “Hamlet,” go out for crepes during the Reign of Terror, and break up a Nazi smuggling ring together, all while debating the ineffability of God’s plan. Both are concerned about their roles in the coming apocalypse—they’ve become fond of humanity. Crowley decides he wants to skip the final blowout completely, and spends much of the 19th century begging Aziraphale to give him some holy water, a demon’s equivalent of hemlock.

Finally, in 1967, Aziraphale gives in and hands over a thermos full of the stuff. A grateful Crowley offers to take him out to dinner at the Ritz, drive him home, whatever. But Aziraphale, who, by my count, has spent the past 5,971 years pining after Crowley, shakes his head. “You go too fast for me, Crowley,” he says sadly.

To a certain corner of the internet, this statement was cause to go absolutely nuts. Nearly 6000 years of us-against-God’s-ineffable-plan, and Aziraphale thinks dinner at the Ritz is moving the relationship too fast? Has there ever been better evidence that queer cinema is fundamentally about repression and yearning? Aziraphale’s remark is one of the gayest things I’ve ever heard, and I was raised by lesbians.

For the “Good Omens” fandom, Aziraphale’s quiet acknowledgment that he and Crowley want the same thing on different timelines was reason for celebration. “You go too fast for me” has now become a byword for “I love you” among fans. Thousands of people have written fanfics depicting Aziraphale’s pining. These stories revel in the joy that is holding your feelings inside until you think you might burst. They honor the satisfaction created by mooning over a crush until Doomsday (literally), showing, in thousands of ways over thousands of years, that love doesn’t need to be loud to be real.

In the “Good Omens” fandom, I found my people. We like our romance delayed, drawn-out, maddeningly obscured, restricted at every turn. 6000 years of pining is where it’s at. Romance is no fun if it goes too fast.