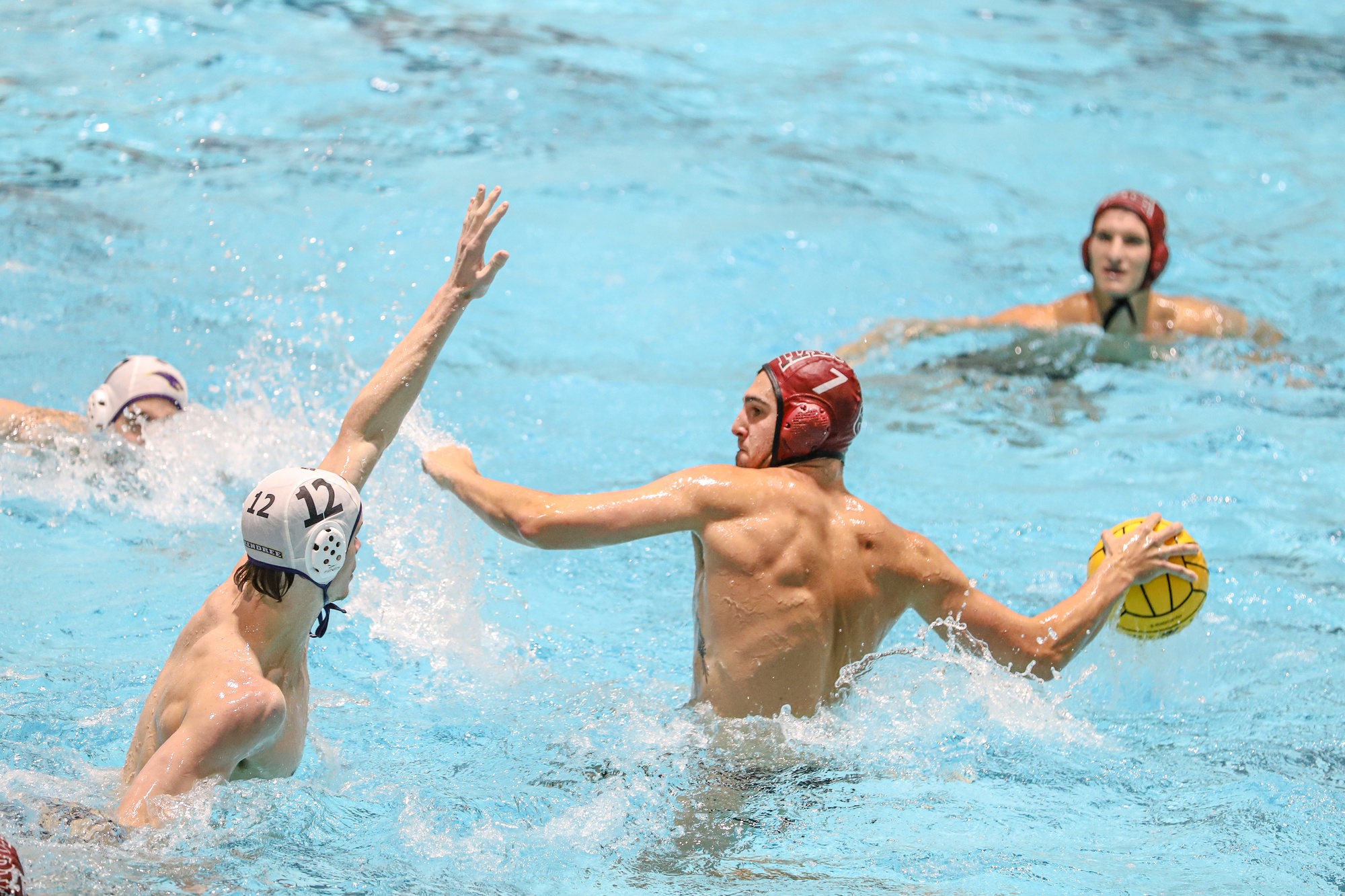 The team is off to its best start to the season in program history. By Quinn G. Perini
By Ben Stern, Crimson Staff Writer

No.12 Harvard Men’s Water Polo (9-0) continued its blistering run with four more wins at the Bucknell Invite in Lewisburg, Pennsylvania. This marks the best start to the season in program history.

Harvard carried its momentum from last week’s Princeton Invite into this weekend’s slate of dominance. The squad’s current win streak of nine games is one shy of the longest streak in college history.

An infusion of young talent has helped the team out to its perfect opening act. Freshman Alex Bucur, who was instrumental on offense with nine assists on the weekend, credited the group’s success to upperclassman leadership.

“It’s been a pretty phenomenal way to start the year and I was lucky enough to join a team already loaded with talent,” he said. “All of the upperclassmen have been super welcoming and have helped me adjust to the collegiate level.”

Junior Jackson Enright kicked off the scoring against Johns Hopkins in the first quarter with a quick goal less than thirty seconds in, and Captain Charlie Owens continued to set the tone with another score less than a minute later.

The Crimson took a 6-0 lead before Johns Hopkins finally got on the scoreboard, and the team never looked back, cruising to an easy victory.

Owens had a hat trick in the match, as did fellow captain Austin Sechrest. Freshman Colin Le posted four steals, and sophomore Noah Hodge had another strong outing with seven saves. He was relieved in the fourth quarter by junior Oliver Oz, who recorded a save in a strong showing.

In the second game, Harvard faced its toughest opponent of the tournament, No. 14 George Washington.

Again, the Crimson jumped out to an early lead, taking a four-goal advantage out of the first quarter, but the Colonials stormed back to cut the deficit to 7-6 in the second quarter. Then Harvard pulled away and never looked back.

Freshman Gabe Putnam notched a hat trick, and senior Bennie Seybold tallied a hat trick of his own to go along with an assist and a steal.

As in last weekend’s tournament, the Crimson had an 8:00 a.m. start time on Sunday, but again the breakfast timing was no problem for Harvard’s early-bird attack, which ripped off fourteen consecutive goals before Mercyhurst broke through with a few seconds left in the first half.

Junior Dennis Blyashov racked up five assists to tie his career high in the game, and Owens and freshman Kaleb Archer both had hat tricks.

To cap off the weekend, the Crimson beat Salem easily, scoring nine straight goals to start the game. The defense held strong, surrendering just four goals, an output that Seybold matched all by himself. Owens poured in yet another hat trick.

Oz saw plenty of action in the fourth match of the weekend and turned in a stellar performance behind Hodge with a career-high five saves.

On the weekend overall, Owens was the team’s scoring leader, with ten goals.

“We made some big steps forward this weekend on both ends of the pool,” said the captain. “Defensively, we did a tremendous job of staying disciplined and creating counter attack opportunities. Offensively, we were very patient and worked to create high quality opportunities.”

Bucur is looking forward to the team’s next showdown.

“Our next challenge comes in two weeks when conference play begins,” he said, “so we’re going to keep grinding until then and throughout the rest of the season.”

Harvard will head to New Jersey to take on Princeton in its first conference match on October 14.