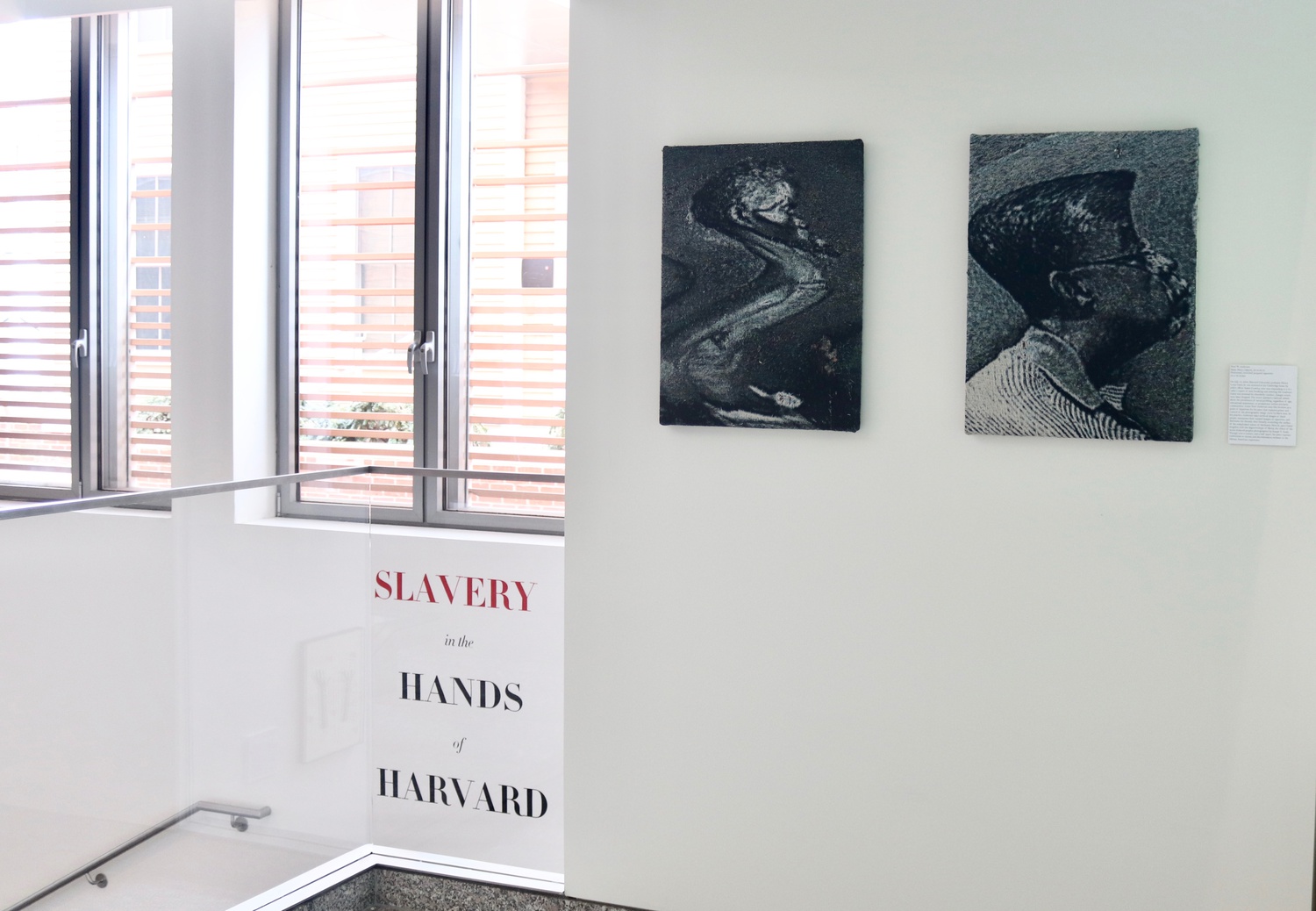 Students across Harvard created a coalition demanding that Harvard stop displaying, publishing, and selling the rights to the images of two enslaved people late last year.

Created in December, the student group — dubbed the Harvard Coalition to Free Renty — seeks to spread student awareness about a lawsuit against Harvard centering on the daguerreotype photos, according to the group’s founder Meredith N. McKinney.

Tamara K. Lanier — who says she is Renty’s great-great-great-granddaughter — filed suit against Harvard in March, alleging that the University unlawfully possesses and profits from the photos, which depict an enslaved father and daughter named Renty and Delia. Harvard biologist Louis Agassiz commissioned the images in the 19th century to support his theory of white superiority. They are believed to be some of the oldest existing images of American slaves.

In her lawsuit, Lanier demanded the University give her the daguerreotypes, cede any profits made from them, and pay her punitive damages. She also asked that Harvard acknowledge “it was complicit in perpetuating and justifying the institution of slavery.”

McKinney, a Harvard Extension School student, said she began advocating for Lanier after she learned about the daguerreotypes through a course project. She started reaching out to student associations on campus and asking their leadership to inform members about Lanier’s case and the coalition’s efforts. The coalition currently comprises roughly 35 students across the University, according to McKinney.

“For Harvard to take a position where they're fighting against families to maintain ownership of that family's image and their history was deeply concerning to me as a student,” McKinney said.

“It bruised my pride in my affiliation with this University in a big way, big enough to make me start asking a lot of questions around campus and engaging with student associations,” she added.

The coalition has since been collecting signatures on an online petition calling on Harvard to cease using the images of Renty and Delia. The petition garnered more than 250 signatures as of Tuesday night.

In the coming months, the coalition plans to organize academic discussions about topics relevant to the case. Topics covered will include reparations, legal burdens placed on descendants of slaves to demonstrate lineage, and property laws that dictate how institutions like Harvard maintain ownership of family images.

Defending Harvard’s position in the lawsuit, University President Lawrence S. Bacow said in an April interview that the University legally possesses the images and that the Harvard Peabody Museum of Archaeology and Ethnology displays them to convey the slaves’ humanity.

The lawsuit — along with other recent events — has forced Harvard to confront its fraught relationship with slavery.

Bacow and Antigua and Barbuda’s ambassador to the United States are currently exploring educational partnerships after the country’s prime minister sent a letter to Bacow requesting reparations for the school’s ties to slavery.

Before Bacow’s tenure, former University President Drew G. Faust, along with United States Representative John R. Lewis (D-Ga.), dedicated a plaque to four enslaved persons who lived and worked on campus in the 18th century. Faust also accepted a Harvard Law School committee’s recommendation to remove and replace its seal, which previously featured the crest of the slaveholding Royall family.

Discussions about the slave trade's legacy at Harvard came to a head last year, when Bacow introduced a University-wide initiative to address and further research the school’s ties to slavery in November. Bacow selected Radcliffe Institute for Advanced Study Dean Tomiko Brown-Nagin to head the initiative and named 12 additional faculty members to the presidential committee that she will chair.

While McKinney said the initiative is a “step in the right direction,” she said she was concerned about the lack of student representation on the faculty committee. She argued this makes the coalition’s efforts to bring students into the conversation still more important.

University spokesperson Jonathan L. Swain wrote in an email that Brown-Nagin and the faculty committee have yet to determine the “scope” of the activities the initiative will undertake at this “early stage.”

“She and President Bacow are, however, both committed to seeing that students are engaged in the initiative,” he wrote.