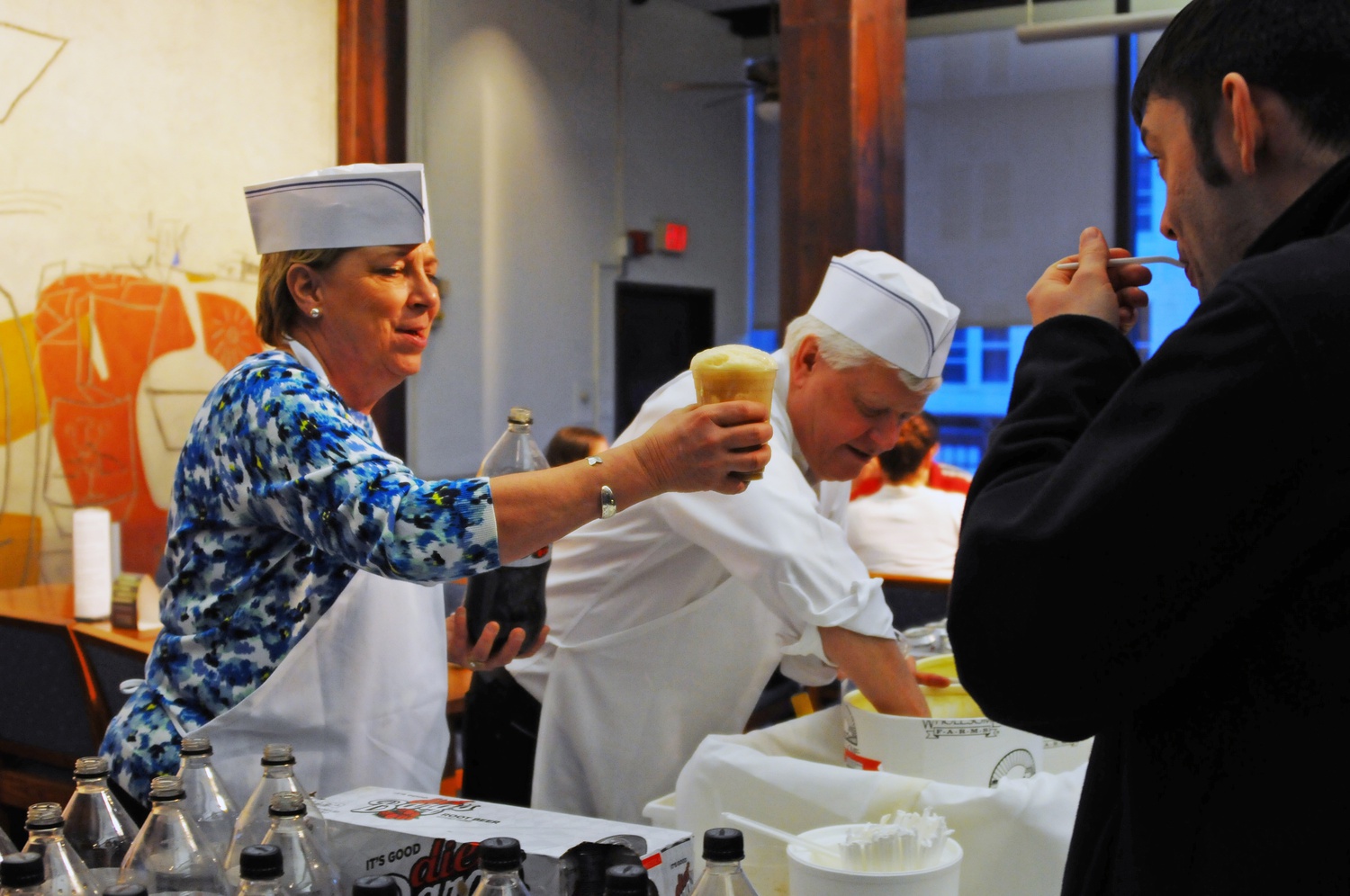 Born and raised in Illinois, she met her future husband and co-faculty dean, Lee Gehrke, in high school. The pair married in 1974 and moved to the Boston area several years later, where they would later raise a family and enter Quincy’s gates.

In an email Tuesday, Lee Gehrke described her as “kind, generous, non-judgemental, and endlessly forgiving” when it came to family, adding that she loved to entertain them. She made holidays “special,” he wrote, putting time and effort into decorations and preparing their favorite foods each year.

“She was deeply committed to her entire family, and especially to her four grandchildren,” he wrote.

The two have served as faculty dean for the past 12 years. Lee Gehrke wrote that she “tirelessly” worked to improve students’ lives, and that her “great intuition” for recognizing those struggling made her an enduring resource in students’ lives.

“She was above all a kind, thoughtful, and generous person,” he wrote. “She never retreated from a challenge and she often pushed herself out of her comfort zone.”

“Deb started sketching and painting as a child,” Lee Gehrke wrote. “Her artwork fell into ‘phases’...moving from oils to watercolors, often of landscapes, and more recently to mixed media and abstracts.”

She also had a strong “competitive spirit,” he added. During faculty dean open houses, she often wrote “Win Straus Cup” on every napkin before setting them out, referencing the annual interhouse intramural prize. Under the Gehrkes, Quincy House became Straus Cup champions for the first time ever in 2018.

Quincy House Resident Tutor Aaron I. Henricks ’16 said he also remembered Deborah Gehrke’s competitive side. Henricks, who lived in Quincy as an undergraduate, said that even though he did not live in Quincy in 2018, he knew the House’s intramural motto for that year was “do it for Deb.”

“She was a powerhouse,” he said. “That was legitimately a great incentive for everyone, because she's so loved by all the students.”

Henricks said he believes she played an integral role in forging strong relationships among Quincy residents.

“In the past few days since her passing, a lot of us — alumni and students and tutors — are struck by thinking about our time in Quincy and how many really close, lifelong relationships we formed there,” he said. “And I think that's in large part owed to Deb.”

Dean of the College Rakesh Khurana wrote about the College and Quincy’s “tremendous loss” due to Deborah Gehrke’s passing in an email to College affiliates Sunday. He added that the College will have a memorial gathering to celebrate her life in the spring semester.

“In the days ahead, I hope that we will do our best to live by Deb’s example, celebrating the gift of love and building communities of respect,” Khurana wrote. “By taking the time to get to know each other, and by taking care of those in need, we will honor Deb.”

“The Quincy community knew Deb as a coach, a cheerleader, an artist, a prankster, and a most imaginative creator of memories,” Biebelberg said. “She and Lee created a culture that made Quincy known as ‘The People’s House,’ where everyone is welcomed to the community and encouraged to be their best selves at Harvard.”

Matthew S. Miller ’21, a student in Quincy House, said he will fondly remember Deborah Gehrke as the “Fun Dean.”

“I will never forget how she came to our IM soccer games, cheering us on and bringing donuts for us after the game,” Miller said. “I still can’t believe how many events she planned for the Quincy students, from the ping pong tournament to the Lip Sync show to Field Day.”

Miller said her passion for embracing her role as faculty dean turned Quincy into a home for him.

“She made sure to look out for me and ask me how I was doing any time we crossed paths in the House,” Miller said. “From just one conversation, you could easily tell that Deb viewed being the faculty dean as her passion rather than as her job. The sense of loss I’m feeling right now is alleviated only in part by the privilege of having known her.”

In addition to her husband, Deborah Gehrke — who died of breast cancer on Dec. 25 — is survived by her two children and four grandchildren.