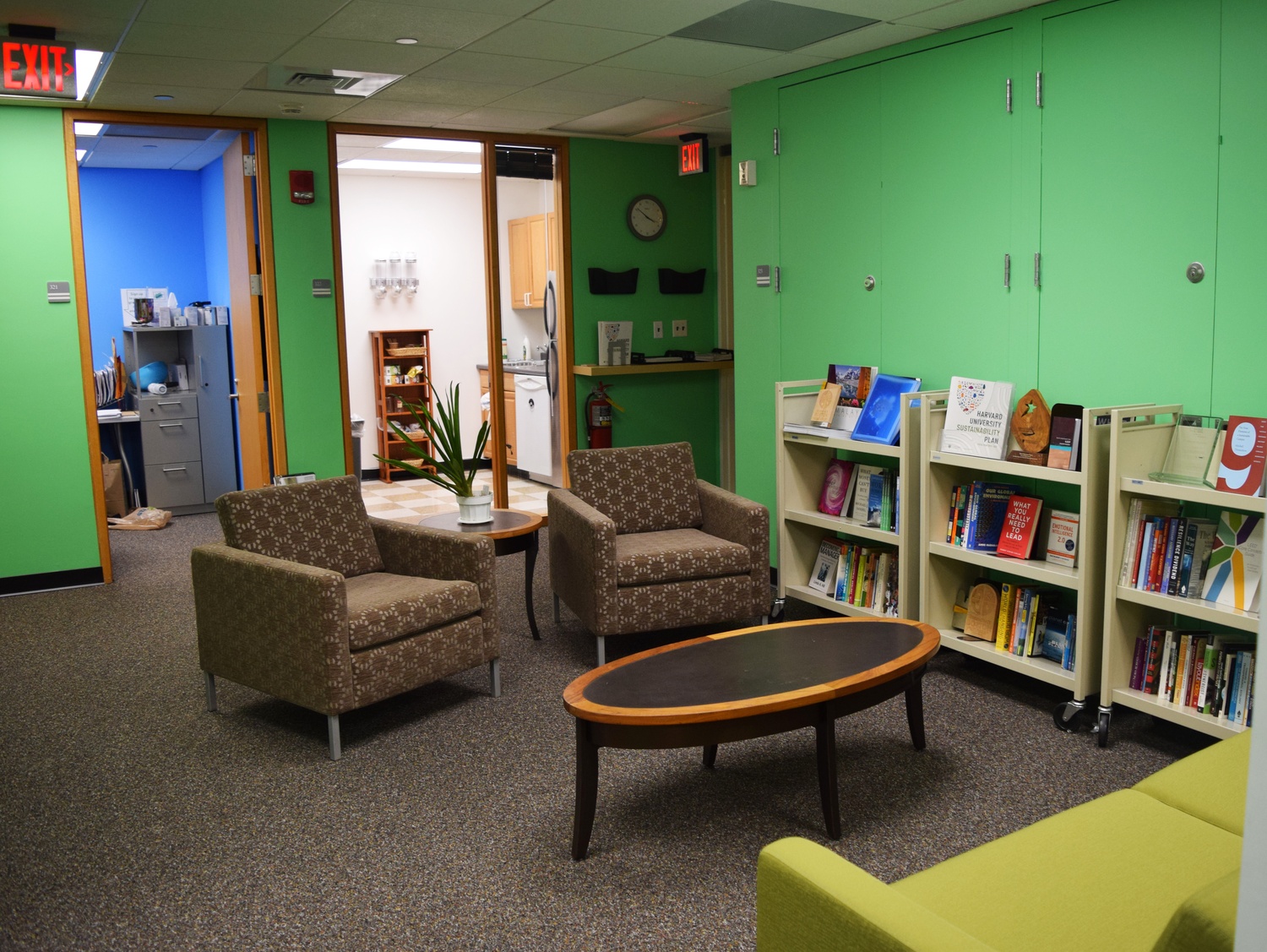 The Harvard Office of Sustainability is located at 14 Story Street. By Jessica M. Wang
By Dekyi T. Tsotsong, Contributing Writer

Nathaniel Stinnett, founder of the Environmental Voter Project, discussed how his non-profit combats poor voter turnout among environmentalists in the United States at a panel Wednesday .

The panel was a joint effort spearheaded by the Harvard Office of Sustainability, the Ash Center for Democratic Governance and Innovation, and the Institute of Politics.

The Environmental Voter Project’s work begins by identifying its target demographic: registered voters who list the environment and climate as a top priority but have never cast a ballot. Sinnett said his group has “individually identified” over 2 million voters in 12 target states and sought to reach them through texts, calls, mail, and digital advertisements.

As a non-partisan organization, the Project cannot endorse or lobby for candidates, and chooses to not discuss environmental issues with voters. Instead, it selects its targets through hundreds of randomized control trials and “behavioral science-informed messaging,” according to Stinnett.

In an interview after the panel discussion, Stinnett said the project is aimed at “dramatically increasing the amount of political power that the climate movement and the environmental movement has.”

“The way we're going to do that, is to get as many environmentalists to vote in as many elections as possible, because we know that politicians go where the votes are,” he said.

The Environmental Voter Project mobilizes voter turnout with the help of its 6,000 volunteers. Through years of research, Sinnett has discovered that leveraging certain methods — including standard persuasion techniques like chastening voters for missing an election and promising to follow up — boosted voter turnout.

Currently, the organization has identified over 2 million non-voting environmentalists in 12 states by conducting polls, isolating individuals who care about the environment, extrapolating that information, and building models that can predict which voters are likely to list climate and the environment as a top priority.

Stinnett said the project uses “juvenile peer pressure methods” like sending voting history report cards directly to their demographics to pressure them into voting. Rather than persuading voters, they focus on increasing voter turnout.

“We go into states that have lots of non-voting environmentalists,” he said. “And we just use every election as a behavioral intervention opportunity to try to turn them into super voters. And our goal is to make it impossible — impossible for politicians to ignore these issues.”

After the organization targeted Pennsylvania, North Carolina, and Florida, it is reporting surges in early voter turnout among their demographic in those three states this election cycle. Stinnett said that voters concerned with environmental issues are voting at higher rates than regular voters, a reversal in the three states' usual trends.

Stinnett said he started his non-profit because he said he was deeply frustrated by the lack of representation for environmental issues on campaigns.

“This is a huge pool of latent political power out there, and there really needs to be a nonprofit that doesn't necessarily care about winning the next election,” he said. “Even though of course, that's always important. Instead, they focus on just dramatically increasing the number of environmentalists who vote in every election.”