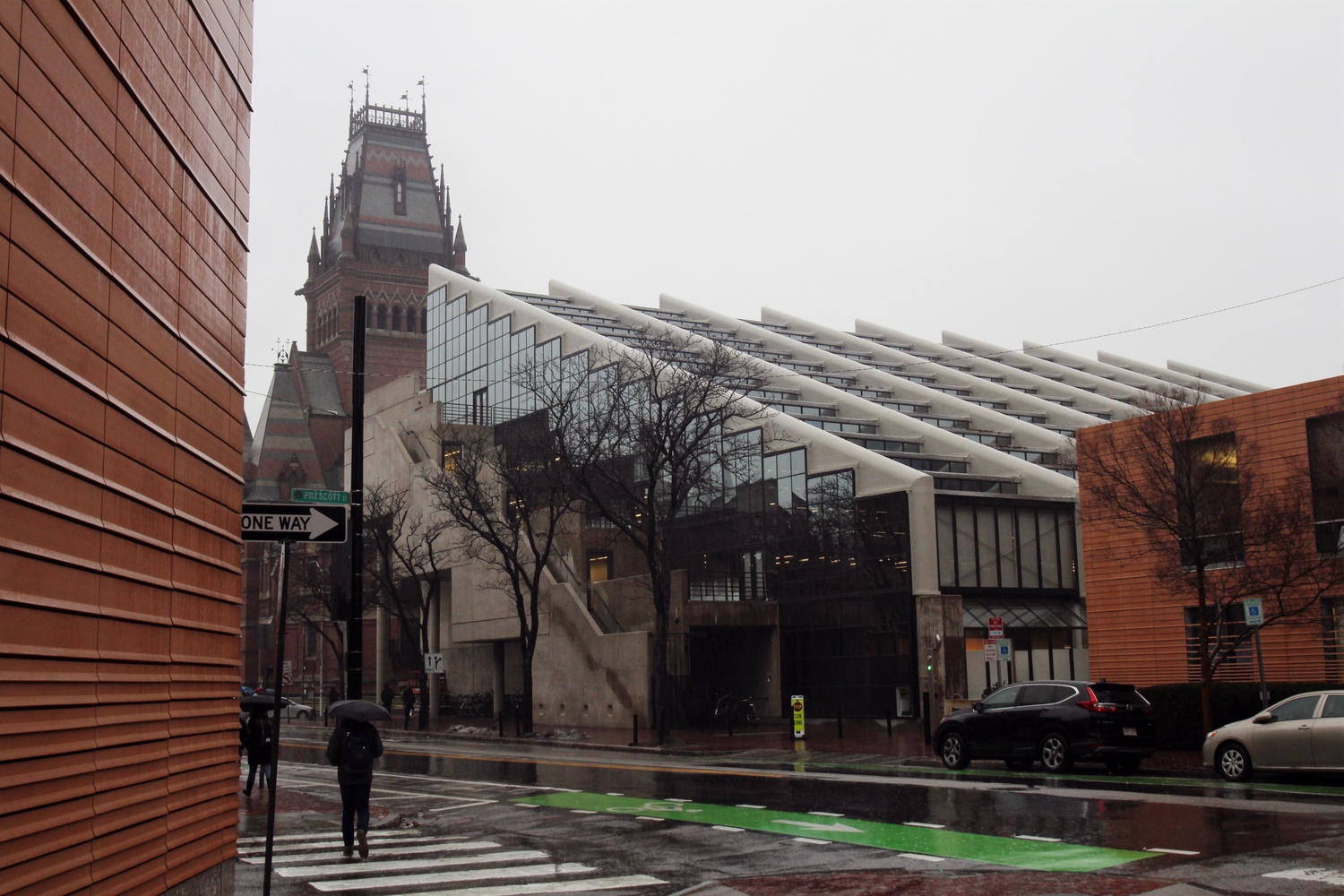 The Harvard Graduate School of Design announced Friday it has restructured its Masters of Design Studies Program. By Krystal K. Phu
By Kelsey J. Griffin

The Harvard Graduate School of Design announced Friday it has restructured its Masters of Design Studies Program, raising concerns among students and alumni over how administrators came to the decision and whether the shift will dilute the degree’s educational value.

Beginning in the fall of 2021, students will choose one of four flexible “domains” — Ecologies, Mediums, Narratives, and Publics — and take courses along an individualized and interdisciplinary “trajectory” within their field. The fourth and final semester will culminate in an applied capstone project.

The MDes program previously allowed students to pursue one of eight concentration areas, including Technology, Energy and Environment, and Critical Conservation. Students could complete the program after three semesters of coursework, or elect to undertake an MDes Thesis Project in a fourth semester.

Graduate School of Design Dean Sarah M. Whiting announced the reformed program in an email to school affiliates, writing that the school hoped to counter the “over-standardization of knowledge.”

The school will also move the former Real Estate and Built Environment concentration from Design Studies to the Department of Urban Planning and Design, suspending applications for the track for a year to accommodate the transition.

Friday’s sudden restructuring announcement drew criticism from several students and alumni, who called the process by which the school made the change opaque.

“Basically, as students and alums of that program, we were told very, very last minute,” Hermano L. Rodrigues — a student in the Art, Design, and the Public Domain concentration — said. “We didn't have an opinion or say.”

“If this was a pedagogical move, you would have thought that Sarah Whiting, [MDes director] Michael Hays would have solicited the feedback of those who know the program best,” he said. “That's not administrators, that’s students like us and the faculty who run our programs.”

An open letter to Whiting published online Tuesday urged the school to disclose details of the restructuring process and to consult with faculty, students, and alumni from the MDes program in an open forum. More than 200 students and alumni signed the letter, which also asked the school to list all faculty members at risk of being demoted or removed due to the changesand to reconsider either its decision to eliminate the previous concentrations or the “traditional categories” it chose for the new Domains.

Director of the Master in Design Studies Program K. Michael Hays wrote in an email that the school involved faculty in the decision-making process. The GSD did not consult some faculty members who served as area heads under the previous structure because they are multi-year visitors.

“The changes we have made were discussed and vetted by the entire senior faculty and administration in the School, including those senior faculty who are MDes area heads,” he wrote.

Hays also addressed concerns that the school rushed planning for the new program. He said Design School administrators have been discussing the updates to the MDes program for more than five years.

Izzy D. Kornblatt, a graduate of the Design School who concentrated in Critical Conservation, said he worries the new structure would eliminate the tight-knit relationships formed between students in each concentration.

“I think that's why all the people I've spoken to feel so strongly about it — that we're losing these intellectual families, including the instructors and the students that were coming together around shared interests and research topics,” he said.

Hays acknowledged the new program would shift the social dynamic with the MDes program in a Monday email to students, but wrote that the school is committed to fostering connections within and across its departments.

“We are aware that Areas also have a social function, helping students to establish identity at the GSD,” he wrote. “As we continue to develop this new phase of the MDes program we must and will find ways to establish group and individual identity.”

Second-year student Stephanie L. Yeung said the larger size of the new domains compared to the previous concentrations could reduce the number of resources available per student. One faculty member will head each of the four domains; currently, two faculty lead each of the eight concentrations.

“If we were to keep the same amount of students and have literally a quarter of the same resources, how is that even going to work?” she said. “ They're completely compromising everything while increasing tuition.”

Levine, the second-year student, said the domains do not appear to encompass the array of disciplines covered in each concentration. He said students in his own concentration — Art, Design, and the Public Domain — thought about public space, mediums, and ecology in tandem. Now, he noted, each of these topics has its own domain.

Hays wrote in an email that the domains do not map onto the concentrations, but instead provide more foundational requirements and add a second layer to the curriculum. Trajectories within each domain will allow students to construct their own interdisciplinary tracks.

Still, Francisco Brown — who graduated from the program this year — argued that by restructuring the program into domains, the Design School has failed to realize the “enormous potential” of the MDes program.

“We are really trailblazing new languages and new ways of engaging with design beyond what has been done,” he said. “They didn't give us the chance to flourish.”