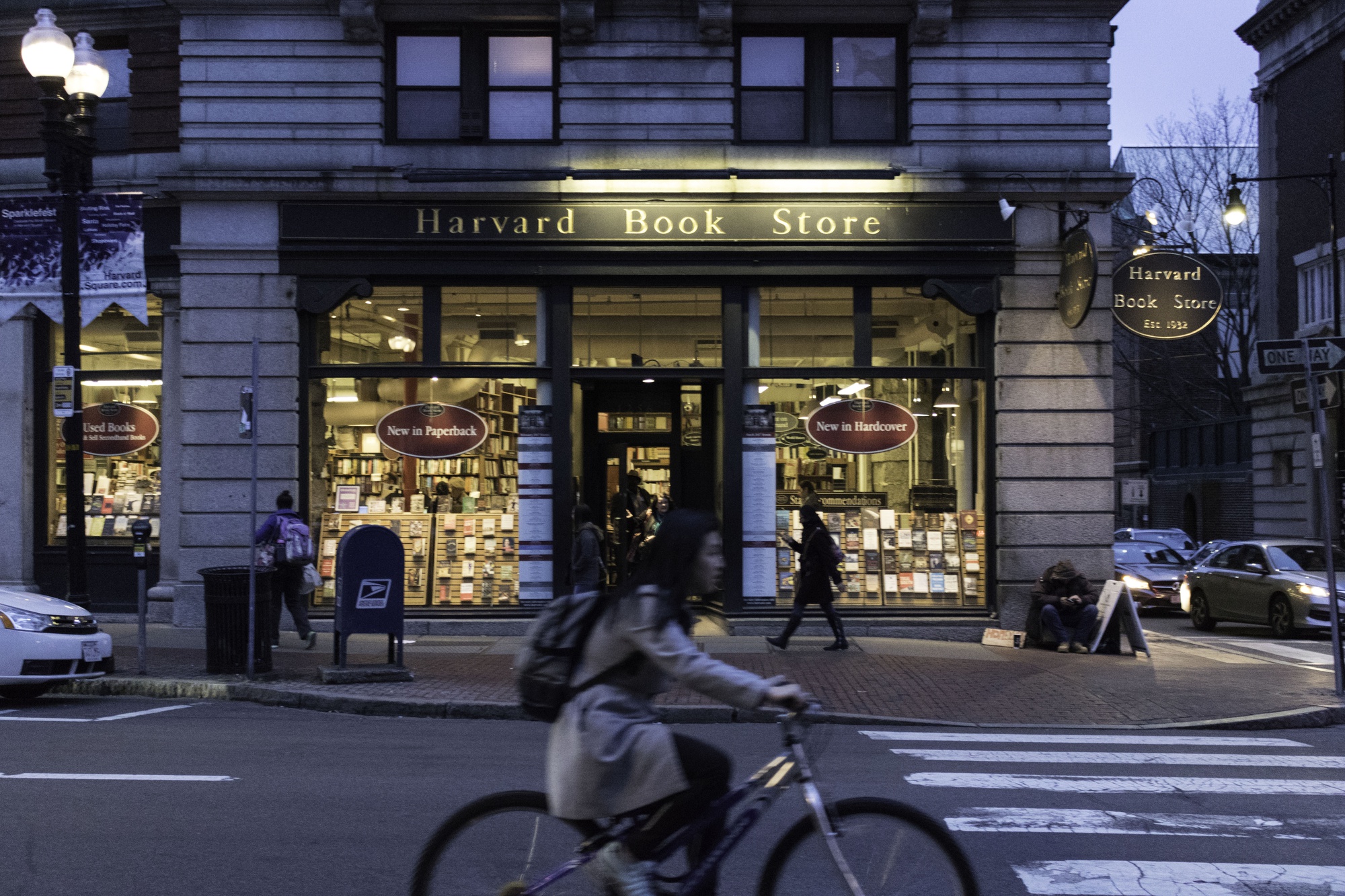 October Is the New December

On Oct. 15, the Harvard Book Store shared a letter with its patrons on its website and social media platforms, opening up to its customers about a necessary shift in the usual holiday retail calendar. “We ask our community to please shop early and shop local, at our website and store, and at those of our neighbors,” the letter reads.
By Gabrielle J. Pesantez

On Oct. 15, the Harvard Book Store shared a letter with its patrons on its website and social media platforms. It’s a heartfelt rumination on the difficulties of running a small business amid a pandemic, reflecting the store owners’ worries about surviving during an economic crisis. To date, the letter has garnered over 3,700 likes across Twitter, Instagram, and Facebook.

The store’s co-owners, husband and wife Jeffrey Mayersohn ’73 and Linda Seamonson, first purchased the Harvard Book Store during a period of economic turmoil back in 2008. Now, they face another crisis: navigating the future of their business under COVID-19.

In the letter, Mayersohn and Seamonson open up to their customers about a necessary shift in their usual holiday retail calendar. “We ask our community to please shop early and shop local, at our website and store, and at those of our neighbors,” the letter reads. With limited capacities, Mayersohn and Seamonson emphasize on the bookstore’s website how essential it will be to “stretch that in-store ‘holiday bustle’ out over two months rather than two weeks.”

Much of their worries arise from the uncertainty in predicting which new releases will be in high demand. “In a typical holiday season, some book unexpectedly becomes a bestseller and you place repeated orders through the season,” Mayersohn explains. “What we’ve been told by publishers is that we can’t count on their ability to fulfill orders as quickly as they could in years past.”

Mayersohn and Seamonson are not the only bookstore owners facing an upended retail calendar. Porter Square Books has also taken up the early shopping campaign. The American Booksellers Association has gone as far as to create standardized designs for bookstores to use to encourage their patrons to take part in the campaign. Even large stores across the country outside of the bookselling business — like Best Buy, Macy’s, and Target — have shifted their famous Black Friday sales from Thanksgiving weekend to throughout the month of October to avoid in-store overcrowding.

Harvard Book Store, which closed in April in light of the pandemic, was forced to rely on a third party to fulfill book orders during that time. Since reopening, they have struggled with low revenue and rising costs to maintain the store’s in-person experience. Having lost out on the usual influx of tourists and the full Harvard study body this year, the store is hoping that this campaign will help set the business back on track.

“It’s widely known that at retail establishments a lot of annual sales are concentrated in the holiday buying season,” Mayersohn says. “In order to reach any reasonable volume, we have to extend the holiday season.”

For Mayersohn, establishing a safe working environment has meant “doing constant sanitation, putting in plexiglass shields, and limiting the number of people in the store to maintain social distancing.” Throughout the pandemic, Mayersohn and Seamonson have continued to support the store’s full workforce — a commitment that has posed additional costs.

Despite the persistent stressors of operating a small business, Mayersohn has been inspired by the local community’s efforts to support the bookstore. The store’s landlord — Harvard University — has been especially supportive. Mayersohn and Seamonson cite Harvard’s support as one of the reasons why their store has survived the pandemic, compared to a number of their fellow merchants in Harvard Square who have been forced to shut down permanently. Additionally, the store was able to secure a PPP loan, improving its cash reserves.

“Harvard has been a very good landlord to us and, I have to say, the response to the letter that we sent out was really overwhelming,” Mayersohn says. On Oct. 18, the Sunday following the letter’s release, Harvard Book Store announced that they had had their single largest day in sales in the store’s 88-year history. The store’s customers congratulated the co-owners on social media, promising to continue shopping at the Harvard Book Store for the experience, expertise, and commitment of its workers. “It was gratifying and humbling,” Mayersohn says.