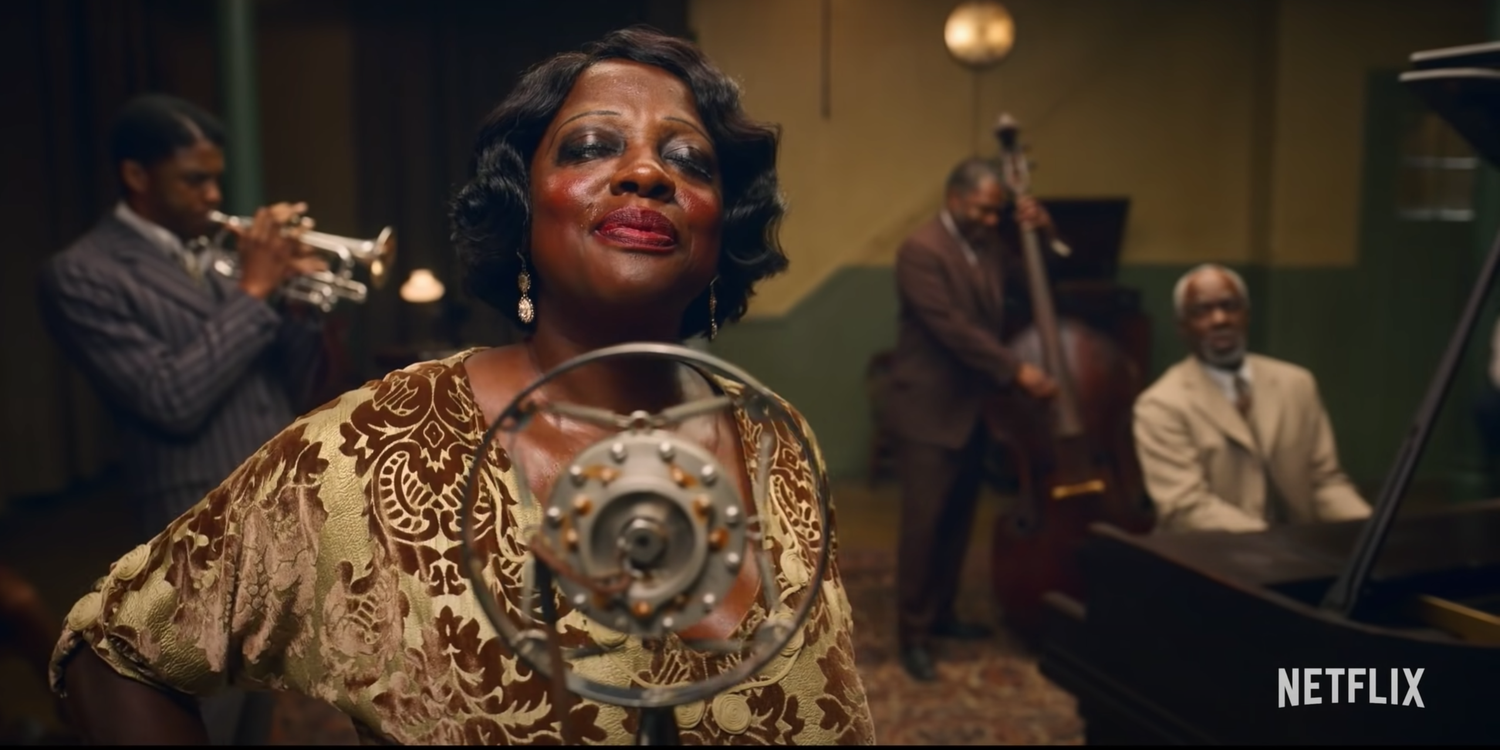 If you haven’t read August Wilson’s original play “Ma Rainey’s Black Bottom,” and were hoping to get a taste of the upcoming movie adaptation while avoiding spoilers, the trailer is a bad place to begin. After two and a half minutes of bandmates standing idly and the occasional snippet of a blues performance, it is still unclear what this film, directed by Tony award-winner George C. Wolfe, is actually about. On the other hand, considering the plot of the play, the obscure nature of the trailer does make sense: It is not a spoiler to say that “Ma Rainey’s Black Bottom” consists entirely of four bandmates waiting for Ma Rainey to arrive at the recording studio. With only one setting — this studio in 1920s Chicago — Wilson reveals the conflict among the bandmates and with their producer solely through dialogue. Translating this limited plot into a full feature film is quite the ambition.

Nevertheless, the trailer reveals that Wolfe has taken a few creative liberties and inserted scenes in new locations. Expanding on Wilson’s brief play, the trailer includes multiple on-stage performances by Ma Rainey (played by Viola Davis) and stolen glances that suggest a budding romance between the trumpet player and one of the band’s dancers. It seems another theme Wolfe will explore further is the misogynoir experienced by Black women in the early 20th century. While Wilson’s play focuses entirely on Ma Rainey and the white producers who attempt to exploit her talent, the trailer suggests the film will delve into those power dynamics more broadly. For a brief moment, the trailer shows a factory full of Black women laboring over sewing machines as well the aforementioned dancer, a character Wolfe created, who seems to join Ma Rainey as one of the film’s few Black female leads. Given the current surge of interest in Black stories following a summer of intensified national reckoning with racial injustice, Wolfe’s exploration of misogynoir is timely.