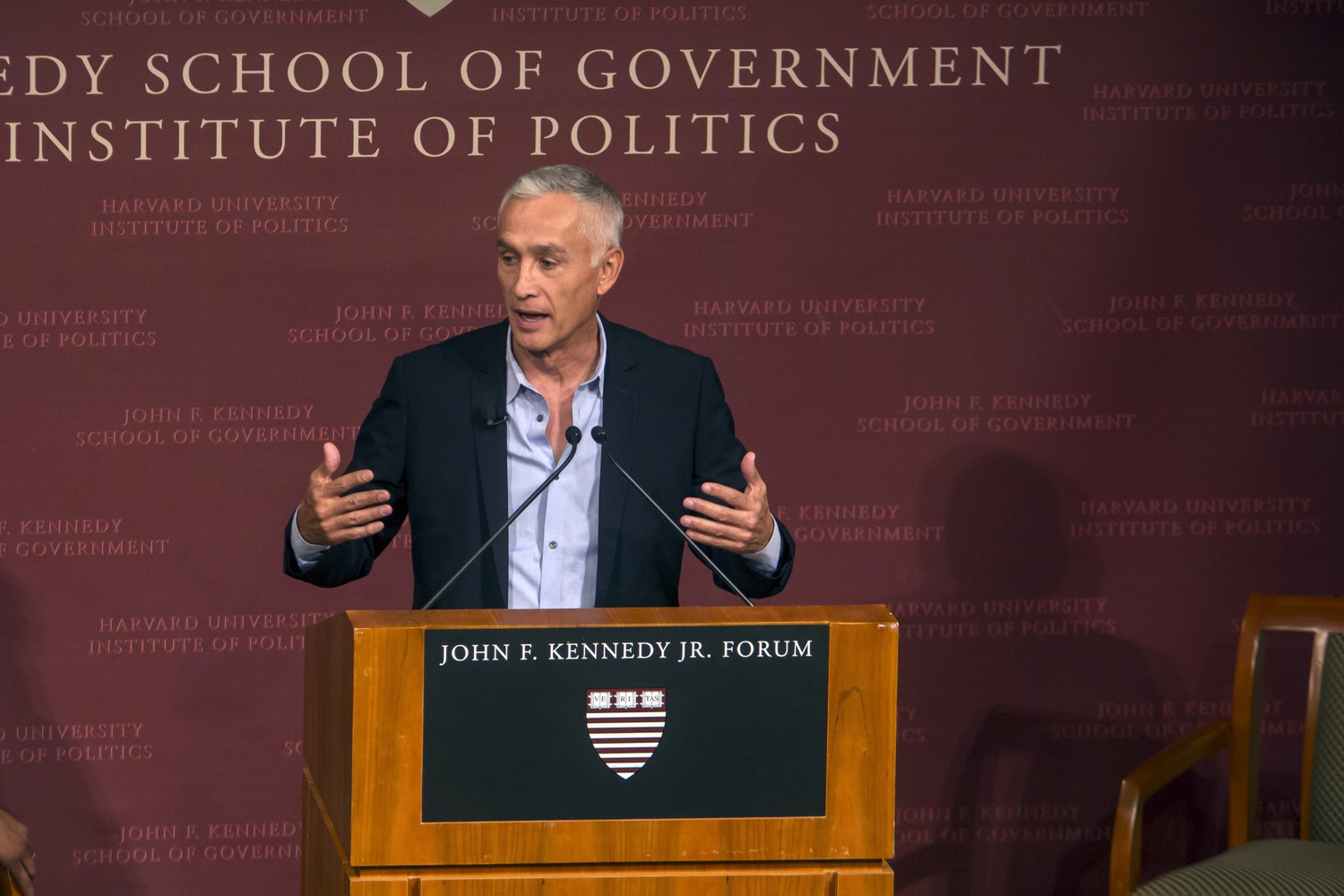 Jorge G. Ramos and Maria L. Hinojosa, celebrated Mexican-American journalists for Univision and National Public Radio, respectively, discussed the future of Latinx leadership in the United States and the evolving nature of the American Dream in a virtual talk hosted by the Institute of Politics Wednesday.

Moderated by Ramos’ daughter Paola Ramos, a correspondent for Vice News and a Kennedy School graduate, the talk centered on the role of journalists in the age of President Donald J. Trump and the promise of emerging young leaders in the Latinx community.

Hinojosa said she views the American Dream with skepticism, citing Trump’s challenges to the legitimacy of the 2020 presidential election.

“The American Dream nightmare, the nightmare that we are living through right now, with a president — do we use that term — who fails to recognize an election. ¿Qué es eso?” Hinojosa said. “The country that my family left, which was a Mexico that Jorge knows so well, which is an anti-democratic Mexico at that time, and they go to a country that is supposedly a democracy, but the democracy is being tested there.”

Ramos disagreed, contrasting his freedom as a journalist in the U.S. with the censorship of the press he experienced in Mexico.

“I had to leave Mexico because of censorship, and then when I first arrived in the United States in 1983, everybody was criticizing Ronald Reagan. And then I realized, well, this is the country where I want to live,” Ramos said. “I criticized, as you know, Donald Trump right from the beginning, and nothing happened. I can go to the supermarket, I take a bike ride, and nobody is here waiting for me to kill me or to censor me.”

Ramos said journalists must “report reality” and always challenge those in power, referencing Trump's hostility toward him as evidence of this special responsibility.

“The only other person who used a bodyguard to prevent me from asking questions was Fidel Castro of Cuba,” Ramos said in an interview following the seminar.

Of his encounter with Trump, Ramos said, “Nobody listened, and I wonder why. I wonder if it was simply because I was a Latino journalist.”

Hinojosa said she agreed that journalists have a crucial role in holding power to account.

“Our job is to hold the powerful accountable, and we won't be quiet,” Hinojosa said, “and that's why people either love us or hate us.”

As the conversation returned to the subject of the American Dream, Ramos and Hinojosa expressed hope for the next generation of Latinx leaders in America.

“The fact that Sonia Sotomayor was possible gives me the idea that yes, [the American Dream] is still alive,” Ramos said. “For many, many years, I think we were looking for the next Cesar Chavez or for the next Sonia Sotomayor, and I think now we have learned that it is not one person, another leader, that we're looking for, but thousands of them.”

Karen E. Torres ’24, a first-generation Latina student who attended the seminar, wrote in an email she was inspired by the speakers’ optimism for the future of the Latinx community.

“Jorge, Maria, and Paola are incredible and powerful Latinos whose work has been instrumental in making me into who I am today,” Torres wrote. “To hear all three of them tell me that I am the future is a moment I will never forget.”