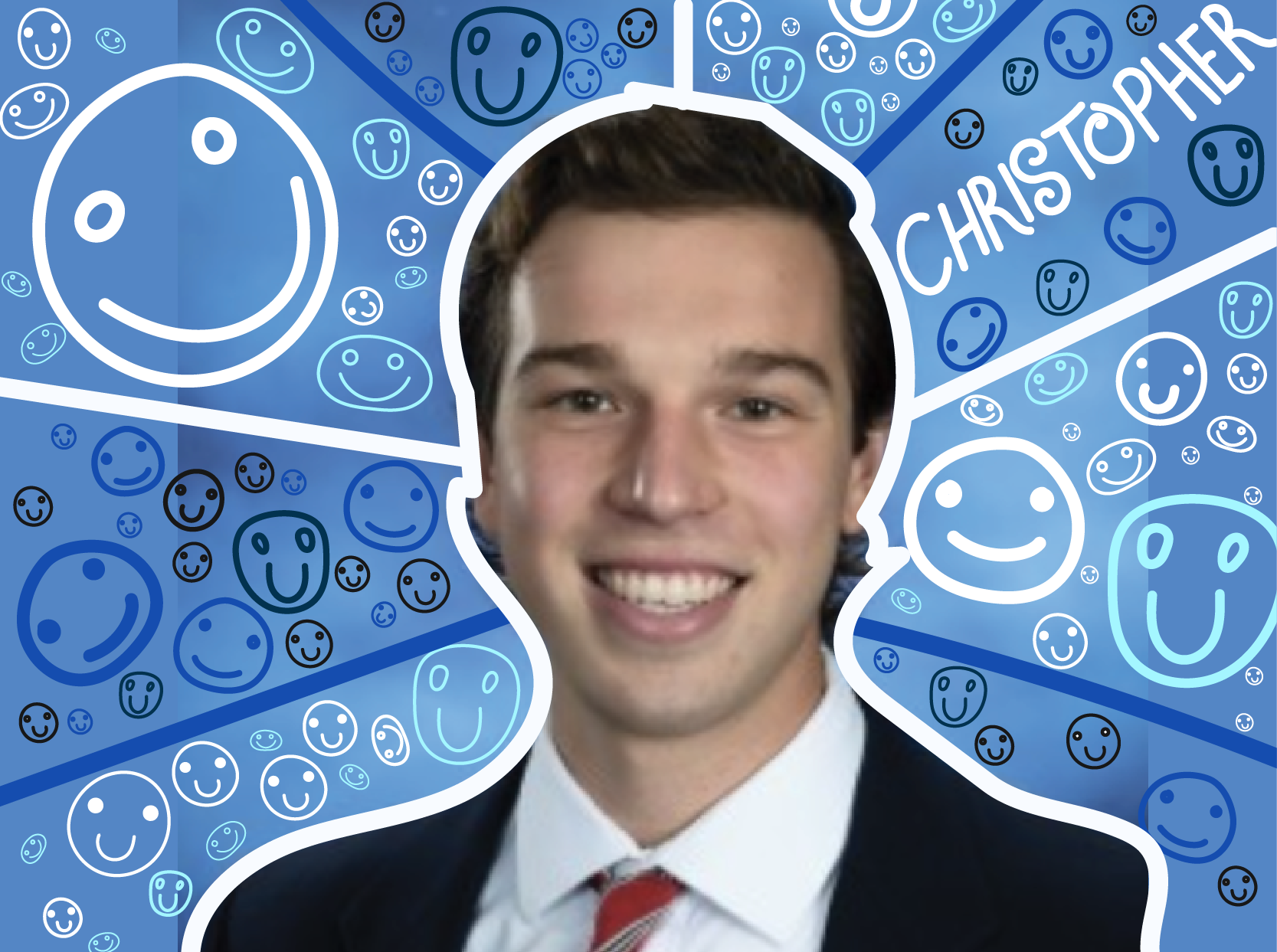 Through sporadic WiFi and periodic Zoom crashes, Christopher M. McGrory’s ’21 constant “Can you hear me okay”’s and “Where did I stop”’s anchor my sanity.

He’s used to providing such support and reassurance — McGrory says that in his blocking group his responsibility is to “just try and offer a little bit of perspective on everything.” His patience stems from his belief that, often, “we can put the blinders on and just not see the bigger picture.” This overwhelming optimism and easygoing attitude translate as easily over Zoom as they have throughout his life, before the pandemic hit and especially after.

A psychology concentrator with a secondary in economics, McGrory is living off-campus with two of his blockmates (he notes that his room is just a “10 minute walk away” from where I am in Mather before we begin our virtual Zoom interview). Before leaving campus in March, McGrory’s main extracurricular commitment was playing for Harvard’s varsity baseball team. As the Ivy League has cancelled all seasons since March, McGrory says he has actually taken on more extracurricular activities this year.

“I think a lot of seniors maybe pivot from thinking about what they can do on campus and start shifting their perspective to be more future-focused,” he says. “But I don’t think that’s everybody” — and he, for one, remains deeply committed to the virtual campus.

Within his senior year, he has joined the Student Athlete Advisory Committee, on which he works to improve accessibility to student athlete mental health resources. McGrory also co-chairs one of the committees of the Harvard Athletic Department’s new Diversity, Inclusion, and Belonging Taskforce, created in light of this past summer’s social justice activism. While he has not returned to the sport he loves in the capacity he hopes, McGrory says that it “has been fun to stay involved in athletics this fall from a little different perspective.” 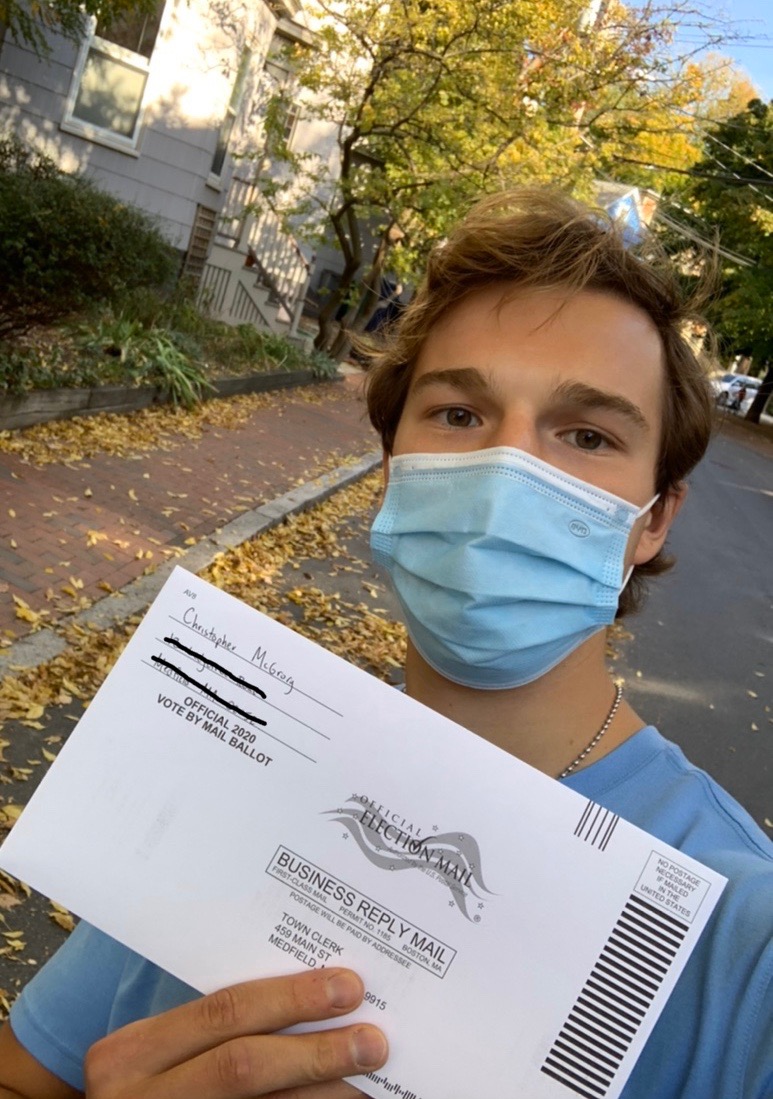 Despite the cancelation of Ivy League sports, McGrory has found a way to keep his baseball skills sharp. By Courtesy of Christopher McGrory

He’s also been spending his newfound time appreciating and indulging in the simpler things in life. While McGrory will not pitch in the Ivy League for the foreseeable future, he is finding ways to keep his baseball skills sharp. From appreciating “the opportunity to play catch with my dad every day” after returning home to Medfield, Mass., in March, to more recently going to the “local park down the street” with his roommate to — you guessed it — “play catch everyday” in Cambridge, McGrory is grateful for the opportunity to indulge in his favorite pastime in such uncertain times.

McGrory says that even his everyday routine of living independently and honing his cooking skills alongside his roommates has been a blessing as he finishes his senior fall semester remotely.

McGrory reflects on the value of just having his roommates around with everyone “motivating each other and laughing with each other.”

“Those things that you take for granted when you’re in person at college, you realize that a lot of people didn’t have that this fall,” he says. “So I feel really lucky to have been able to [live with my roommates].”

When asked what advice he has for future Harvard students, McGrory fidgets and looks around his room for inspiration. “Yeah, um, okay, let’s not mess this up. I’m a big senior now, so what advice...” He settles on a nugget of wisdom that he has followed closely throughout his undergraduate experience: “I would say invest in your relationships because those are the people that are going to help you make it through.” 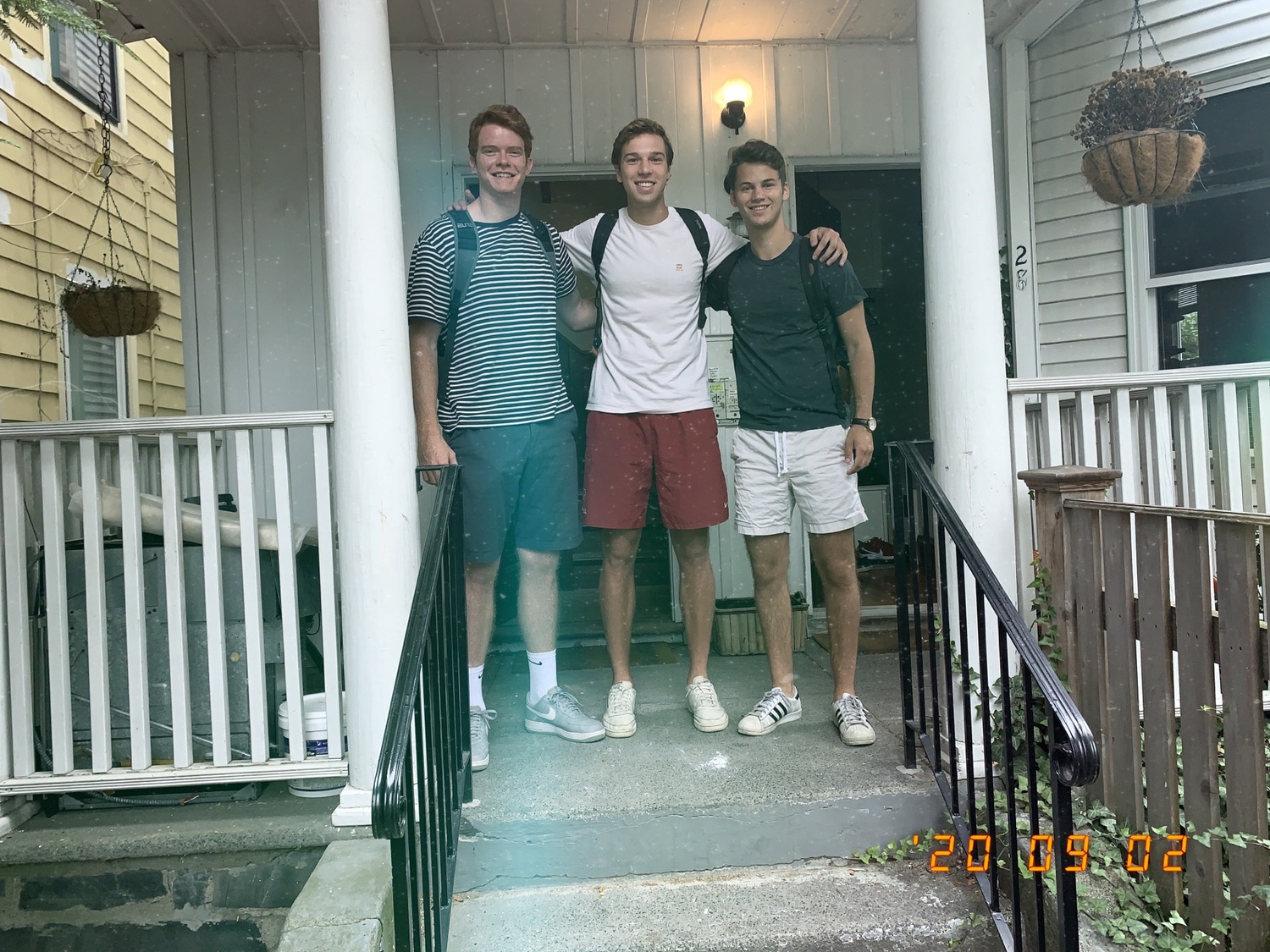 Since leaving campus, McGrory has felt a heightened sense of gratitude for his friends. “They're going to be there for you in the best of times and in the worst of times," he says. By Courtesy of Christopher McGrory

McGrory doesn’t quite know his post-graduation plans. He’s been job hunting, just one part of his recently discovered hobby of “adulting,” which “has been fun,” he says. “It’s a new challenge,” he says.“A new experience that I’ve never really, really done.”