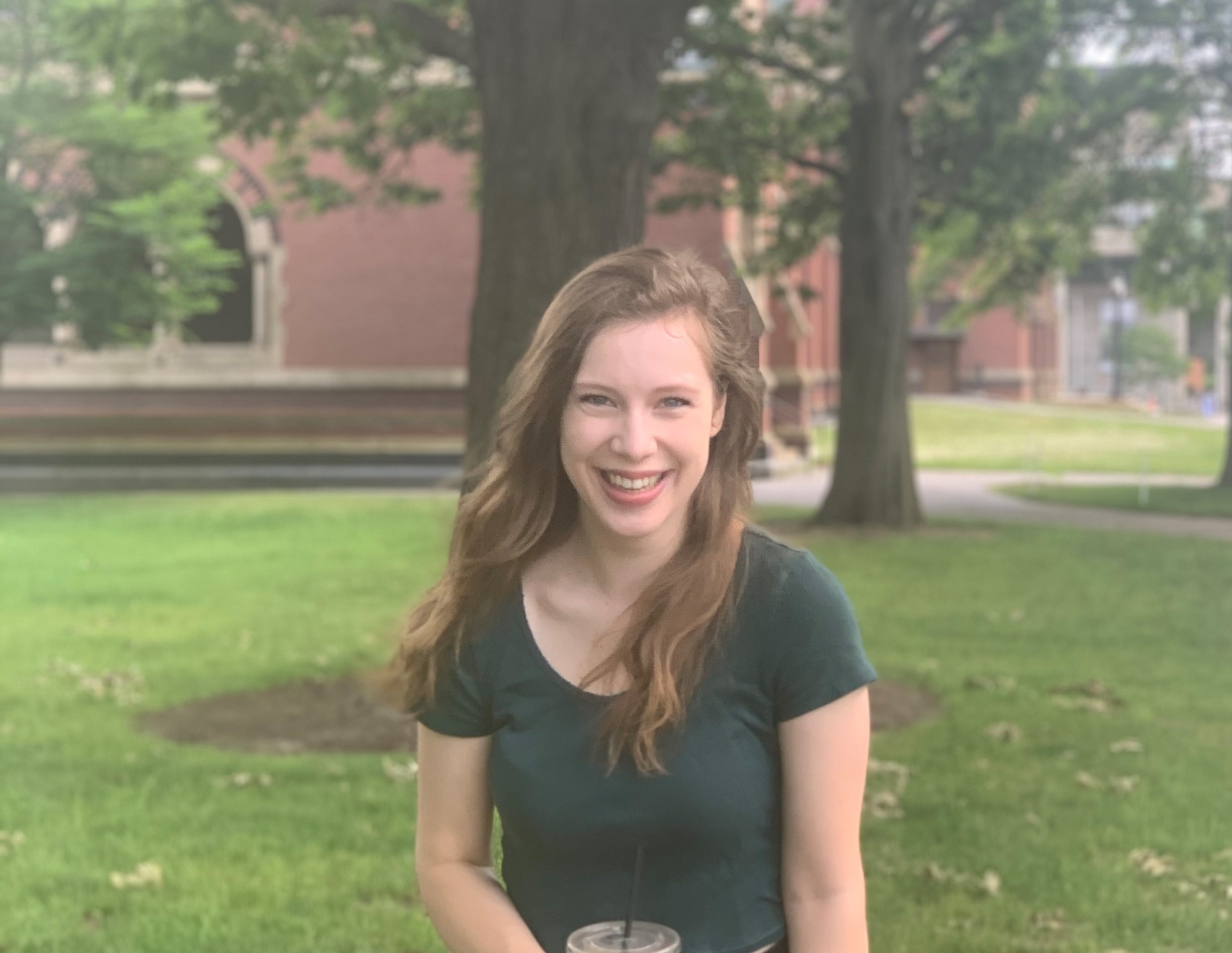 “It’s like I’m working in three countries at the same time,” Barbara A. Oedayrajsingh Varma ’21 says. As we talk over Zoom, Oedayrajsingh Varma is eating dinner — microwavable falafel, which she had just plopped on her plate as she joined the call. “Isn’t it 11 p.m., there?” I ask. “You eat late!”

Oedayrajsingh Varma explains to me that, after finishing her workday, which actually consists of three jobs, all of which she completes from her apartment — a job with Boston Consulting Group’s Amsterdam branch, a job assisting applied psychological research with a business school in Paris, and a job with a start-up in London — she goes on a walk through her neighborhood in the Shoreditch district of London. She then runs to the supermarket right before it closes, makes a beeline to the discount pile, and grabs the first thing she can get her hands on. Tonight, it was the falafel.

Oedayrajsingh Varma had lived on campus until August, when she briefly returned to her childhood home in The Hague, Netherlands. She had tried to go back home in May, but her flight was delayed five times. Finally, she acquiesced. She accepted Harvard’s offer for summer housing and moved into Hampden Hall, right above the Harvard Book Store. For Oedayrajsingh Varma, this felt a little cruel: “The one time in my life I live above a bookstore and it’s closed.” But eventually the bookstore opened along with the rest of Harvard Square, and — for a brief moment — things seemed sort of, kind of okay. “It was nice to slowly see things get a little better in June and July. It was nice to see Harvard Square come a little bit back to life,” Oedayrajsingh Varma says. “I finally got to go to the bookstore!”

When she decided she would take the year off from school, she lost her student visa and had to leave the U.S.; she found herself in London, subletting a room from friends and working. Oedayrajsingh Varma describes daily life in London as vertiginous: coffee shops and restaurants are allowed to seat customers one day, face restrictions the next, open a few days laters, and then the cycle repeats. Her only constants are long walks and the hush that has settled upon the city in the absence of tourists. “When you walk by Buckingham Palace, there’s almost no one in front of it,” Oedayrajsingh Varma says. In her apartment, she does yoga and keeps a running Microsoft Word document of daily letters addressed to different friends. “It’s like 40 or 50 pages long by now,” she tells me. She plans on sending them out after the pandemic is over. But for now, it’s just nice to keep them to herself, she says, to scroll through and see how her thoughts and feelings about this year have changed, how she has gone from seeing the pandemic as a blip to a tragedy.

I ask Oedayrajsingh Varma if she’s planning on going home for the holidays. She tells me yes, but she then mentions that she’d already been home three weeks earlier, when her grandmother passed away from COVID-19. Oedayrajsingh Varma’s grandmother had been living in a care home for the eldery in the Netherlands, and many people in the home contracted COVID-19 that same week. Many died. No one is sure how the virus entered the care home in the first place. “I felt so defeated,” Oedayrajsingh Varma says. “I’ve changed my life so much to try and keep my loved ones safe. But anything can happen.”

Oedayrajsingh Varma got tested before leaving London and went home to be with her mother and sister. They spent the first week quarantining in their house before leaving to attend the funeral — an event for which the Netherlands permits its citizens to break lockdown. Oedayrajsingh Varma pauses at this point and tells me, “When I hear myself talking about my life in London to you now, I hear someone making the most of this situation. But, in the end, the reason why I took time off is because we’re in this crisis that impacts people’s lives deeply.”

By now, it is almost midnight in London, and we have spent the past hour moving through eight months of her life defined by a dizzying dissonance: making the most of something, yet needing to grapple with what that something is. Oedayrajsingh Varma says she feels defeated. But, peering at her face on my smudged laptop screen, I don’t see defeated. It is midnight in London, and Oedayrajsingh Varma seems wide-awake, cheery, light. She has just finished the last few bites of her falafel. I tell her that I’ve gotten everything I need for the interview, that we’re all set here. She stops me, asks me how I’m doing. She says she hopes we’ll bump into each other on campus next year.

— Staff writer Paul G. Sullivan can be reached at paul.sullivan@thecrimson.com.