Guido Goldman, Co-Founder of Center for European Studies, Dies at 83 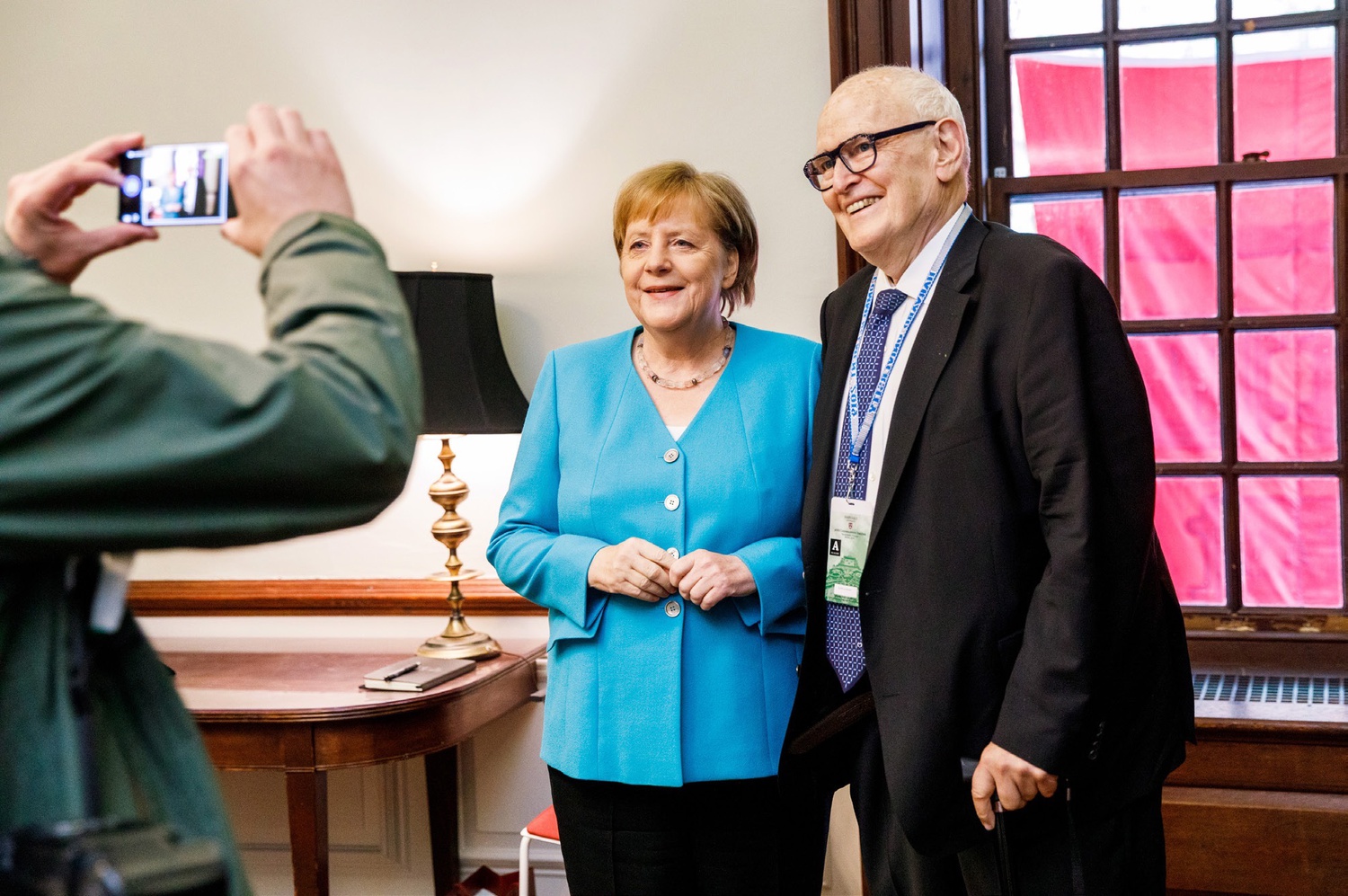 In their 30-year collegial relationship, what Professor Charles S. Maier ’60 remembers most about Guido G. Goldman ’59 is his “magic sense of connectivity” — a connectivity that stretched from personal relationships to trans-Atlantic partnerships.

Goldman, who co-founded the Minda de Gunzburg Center for European Studies and served as director of the Program for the Study of Germany, died Nov. 30 at age 83.

Goldman was born in Zurich on Nov. 4, 1937, and his family fled Europe in 1940. His father, Nahum Goldman, would go on to co-found the World Jewish Congress and serve as president of the World Zionist Organization.

The completion of his prize-winning dissertation, “Heavy Industry and Foreign Policy in the Weimar Republic,” only marked the beginning in Goldman’s prodigious exploration of German policy and transatlantic relations.

He went on to establish the German Research Center with Kissinger, and in 1972, he founded the German Marshall Fund, a non-partisan organization committed to strengthening relations between the US and Europe.

According to GMF President Karen E. Donfried, Goldman established the organization to celebrate the 25th anniversary of the historic Marshall Plan, through which the U.S. provided aid to Germany after World War II.

“He had the feeling that the importance of that relationship was not adequately reflected in the institutions and in the curricula and in the research that was going on, and so he devoted an enormous amount of his energies to that particular issue,” Kaiser said.

During Goldman’s four decades at Harvard, he raised over 75 million dollars for the University, including multiple endowments for European studies and for the McCloy Program at the Kennedy School.

In 1978, Germany awarded Goldman the Commander’s Cross of the Order of Merit for his initiatives in German-American relations, and in 2018, Harvard awarded Goldman the Centennial Medal for “lifelong commitment to promoting international peace and prosperity” and “decades of impeccable leadership of the Center for European Studies and service.”

But Goldman’s commitment to connectivity was not confined to diplomacy: he was also a patron of international arts, from his collection of ikats – Uzbek textiles that now hang in museums – to his avid support of the Alvin Ailey Dance Company.

Jackson Janes, a senior fellow at the GMF, added that Goldman’s interpersonal skills across disciplines were what made his contributions to his field so unique.

“He had an authentic sense of connecting people who otherwise may not have been connected. In other words, he was the one who would find common ground and groups and contexts and networks that he had at his disposal,” Janes said.

CES Executive Director Elaine M. Papoulias said she viewed Goldman — whose former role she now occupies — as an inspiration and a teacher.

“He lived quite a remarkable life, and just listening to stories of how he connected various people in the US and Europe to Harvard, and the kinds of very visionary things he did at Harvard, were a lesson in and of themselves,” she said.